Don't worry about the state of the game

The doomsayers have been out in force in the last month critiquing the look and standard of the AFL.

As is often the case, a few comments from ex-players about how their modern counterparts were turning the ball over exploded into a wave of public furore, with fans more outraged by an inability to hit the 45-degree kick into the corridor than the royal commission into the banks.

In fairness, I did watch the Good Friday clash between North Melbourne and St Kilda, and it was deplorable. Missed handballs from two metres, unpressured foot passes sprayed and some truly shocking set shots on goal in perfectly fine conditions.

However, this was a match played between two of the lesser skilled sides in the competition that are crying out for polish; think back to last year when the Saints and the Kangaroos were leading the charge for a then uncontracted Josh Kelly.

However, the idea that the league is filled with players who couldn’t hit a barn door from 30 metres is simply false. Are there more athletes in the system who are still learning the game than in the past? Of course there are. Is there still a place for the traditional footballer? The answer is the same.

The reality is that the physical capabilities of teams to apply pressure all over the ground has never been more pronounced, and one need only look at Richmond: the likes of Kamdyn McIntosh, Nathan Broad, Dylan Grimes and Jacob Townsend may not be stars, but when you see the way sides wilt against the Tigers, be it in the first 10 minutes or late in the final quarter, it becomes clear that almost all players will cough the footy up under intense scrutiny. 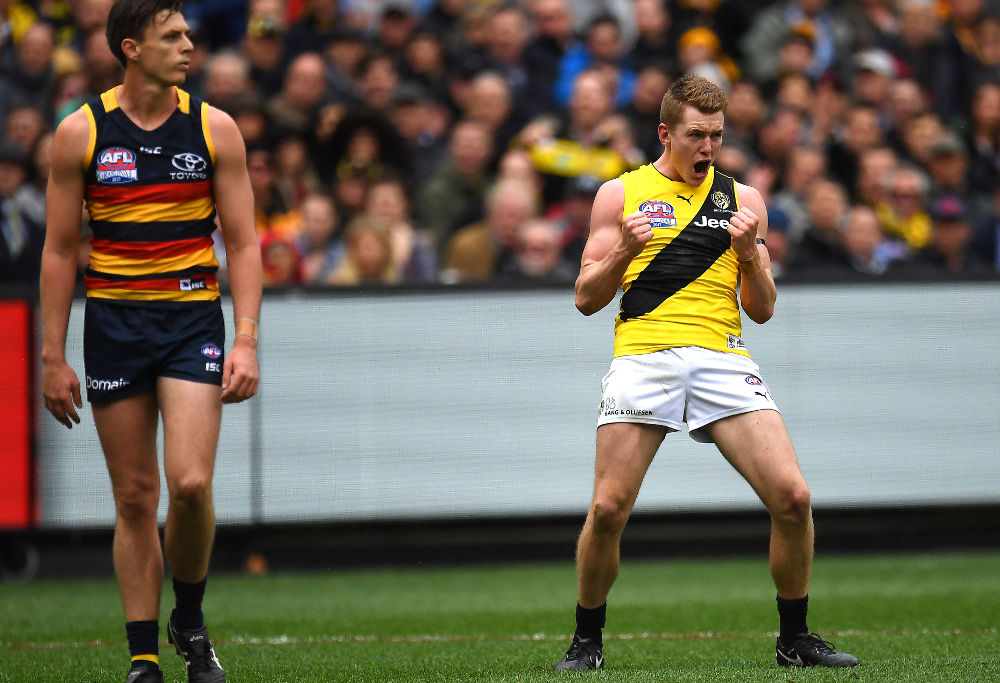 Yet Round 8 provided a great example of why the AFL is going along just fine. Friday night football is the showcase game of most home-and-away rounds, and Sydney’s narrow win over Hawthorn was a contest of the highest order. Seven goals and the sealer from pint-sized third-gamer Ben Ronke in the absence of Buddy Franklin, another excellent yet controversial performance from James Sicily, a polarising report of Luke Parker, and all in bitterly cold and slippery conditions. Pure theatre.

Bob Murphy pre-emptively called it the game of the round on Saturday morning, but he was wrong. There was talk early in the week that the showdown had lost some significance, but this couldn’t be further from the truth based on Saturday night’s game, a frenetic affair that featured nearly 100 points each. Players were at each other before the first bounce, and though Port Adelaide led late in the fourth quarter, built on a superhuman five-goal third term from Power magician Robbie Gray, there were a couple of twists to come.

When the margin was swallowed up by a booming captain’s goal from Tex Walker and yet another example of Mitch McGovern’s uncanny ability to step up in clutch moments, it looked like the Crows had stolen the four points. Yet it was Steven Motlop, so often maligned for lacking impact but perennially capable of kicking the matchwinner, who once again popped up at the right moment to steal victory for his new club.

These were the two standout games of the round, but there was plenty more to celebrate: Charlie Curnow continuing his ascension to one of the best young players in the game and leading Carlton to its first win of the season with a clutch third quarter, Nat Fyfe recapturing his Brownlow form for the third time in four weeks and Ben Jacobs proving that caging Dustin Martin is possible.

Geelong’s holy trinity of Patrick Dangerfield, Joel Selwood and Gary Ablett played in their first victory together; Dayne Zorko, averaging 15 disposals up until last weekend, booted four goals for the second time in a fortnight; and West Coast, tipped by some pundits to claim the wooden spoon, knocked off GWS at Spotless Stadium withou Jeremy McGovern, Luke Shuey and Nick Naitanui to go two games clear in second place with a top-of-the-table clash beckoning this Sunday against the reigning premiers.

Sure, there are issues with the AFL, and there always will be, but the next time you see a poor-standard match or, God forbid, a turnover in the middle of the ground, take a deep breath and rest assured that footy is travelling just fine.