Even without Smith, Queensland’s 17 are more than a match for the Blues

After 12 years of mostly losing to Queensland, the news that now Cam Smith will join Cooper Cronk and Johnathan Thurston in retirement, effective immediately, has the confidence of NSW Blues fans skyrocketing.

There are few things more horrific than endlessly gloating Queenslanders. And it has been endless.

Since that horrible moment in Game 3 2006, when Brett Hodgson’s wayward pass from dummy half found Darren Lockyer, who stole the match and the series, it has been one long night – broken only briefly by the false dawn of 2014.

Now age has finally wearied the Maroons. Surely the nightmare is almost over?

Here’s the problem with that: the Queensland side is still pretty damn good and may still have the measure of the Blues. Just look at this 17-man Origin squad.

1. Billy Slater
In Game 1 2017, Kevin Walters teared up as he announced that Billy Slater wasn’t in his squad.

As soon as the Innisfail Flash was recalled, he instantly showed the class, skill and leadership we knew he had, and still had in spite of his shoulder issues.

He will lead the Maroons with all of the determination, skill and focus that Smith and Darren Lockyer ever did. And he’ll throw in some great trash talk while he’s at it. 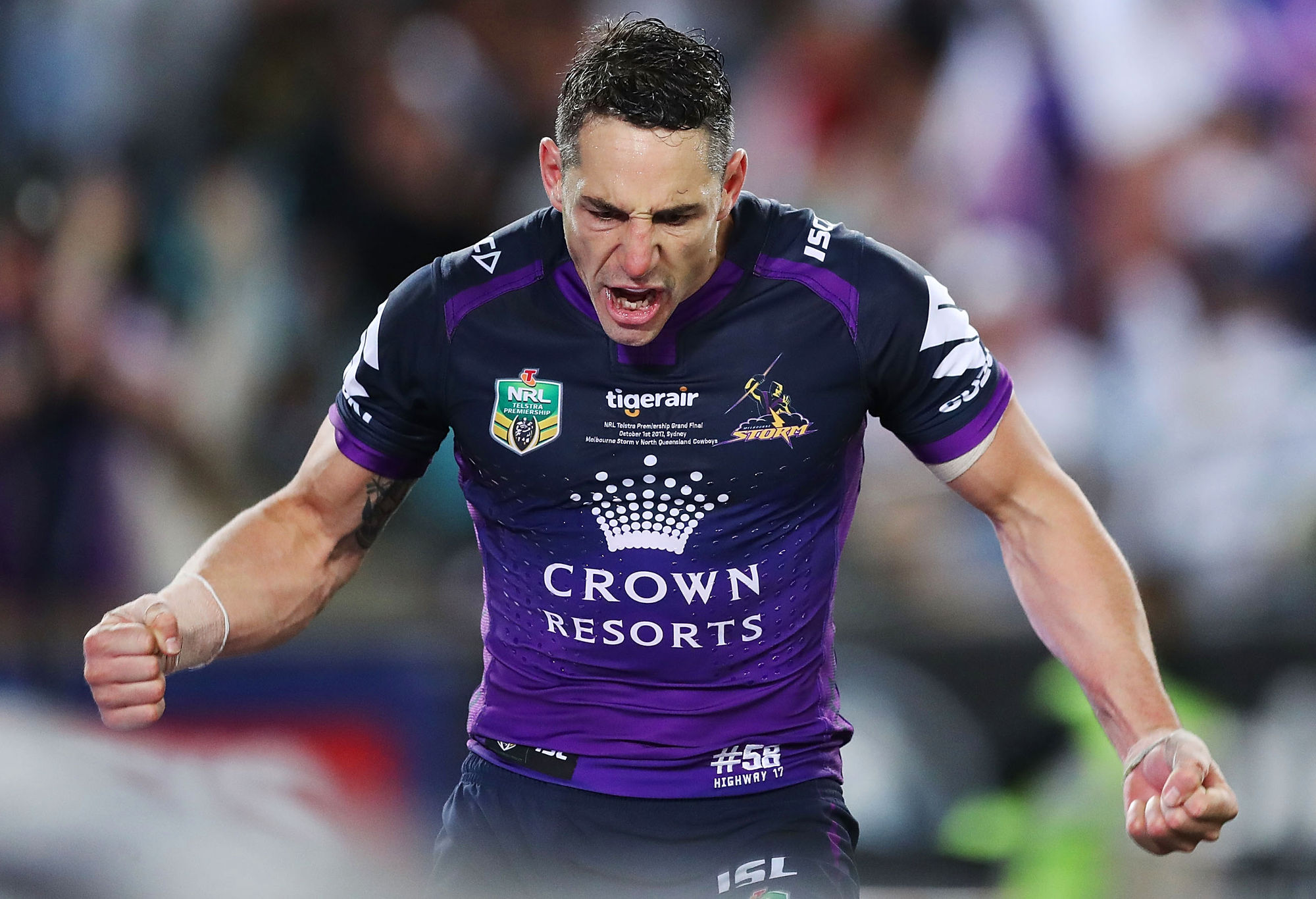 2. Darius Boyd
He isn’t the most loveable bloke in the game but the Broncos captain is a class act and a superb finisher. He has been there, done that at rep level. While his form at NRL level has been in question, he is a strong and safe option on the wing and can cover most of the backline.

More than capable of putting on a backline play in his own right, he knows how to beat the Blues.

3. Will Chambers
One of my players of the 2017 series. His defence is rock solid and his ball running is brilliant. A zealot of the Cooper Cronk method, Chambers is a focused and serious footballer. He won’t be found wanting.

4. Dane Gagai
Now at the Rabbitohs, Gagai has been a revelation at wing and centre over the last three years. He is a seasoned rep player with complete belief in his abilities who goes at 100 per cent with ball in hand.

He bleeds Maroon and he’ll give no quarter to the Blues as he relentlessly charges into them at high speed, with greater strength than ever.

5. Valentine Holmes
This bloke is super quick and confident. A class finisher with great positioning and strong defence to boot. This season he is just starting to warm up in the NRL with seven tries, six line breaks and 120 metres a match.

When Queensland dug in to win Game 3 in 2017, no one was fighting as hard as Munster. He was tough in defence but he was superb in attack. Munster attacked the Blues line remorselessly and with great success. 2018 is his time to step up to run the team.

7. Daly Cherry-Evans
Too long this bloke has been in the shadow of Cronk. He has been apportioned the blame for Queensland’s one aberration – the loss of the 2014 series – in spite of Billy Slater, Cam Smith and Johnathan Thurston also being with him.

Some will call for Ben Hunt because of his form with the Dragons. Some will suggest that Ash Taylor is the future. However, Cherry-Evans brings all-round talent – and leadership – that those two can’t match yet. He is the best-credentialled number seven option for Queensland and if they want to win he is the guy for the job. 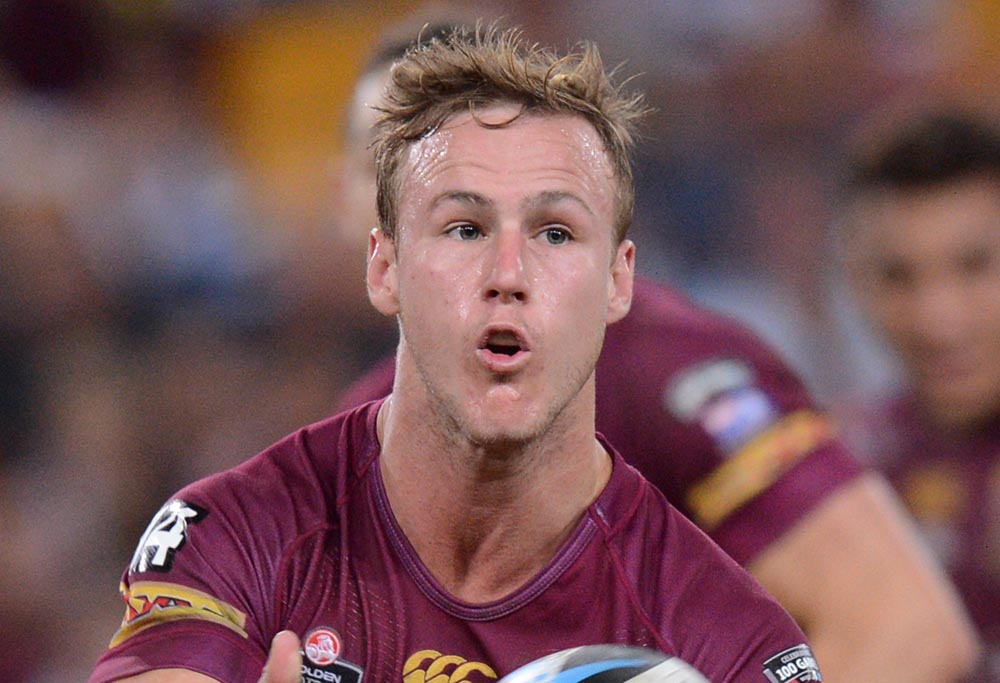 So the backline looks pretty damn good. However, in the forwards things aren’t quite as rosy. To say that they’ll be happy that Andrew Fifita will no longer be in sky blue is an understatement.

With Matt Gillett unavailable and Josh McGuire is severe doubt, the Maroons’ depth in the pack is shallow as the suspiciously warm toddlers’ pool.

However, there is still some talent.

8. Jarrod Wallace
I never understood why the Broncos let this bloke go. He works hard, his tackling is good, and his ball-running determined. He will do a focused and determined job.

9. Andrew McCullough
Yes, he’s not Cam Smith. But who is? Who has ever been as good as Smith? One of my favourite ever players was Queensland and Australian hooker Steve Walters, who was just huge at dummy half, and Smith eclipsed the great Boxhead years back.

But don’t doubt McCullough. He is a superb dummy half and forward leader who has waited his turn and he is ready. To understand just how good he is, just look at how badly the Broncos go when he is out.

Talk of Jake Friend is ridiculous and Jake Granville’s form isn’t good. It has to be McCullough.

10. Matt Scott
The boy from Ilfracombe will turn 33 on July 30, and his return from his 2017 knee injury hasn’t been all he and the Cowboys hoped.

He is averaging just 86 metres a game, well down from his heyday when he and Aussie Jim Tamou were making 250-plus metres between them a match. However, Queensland need his experience and leadership in this side. He’s gotta be there.

11. Josh Papalii
To Queensland’s relief, the big lad from Canberra, by way of Logan, is starting to find his best form again. As strong as a bull, he adds real grunt. 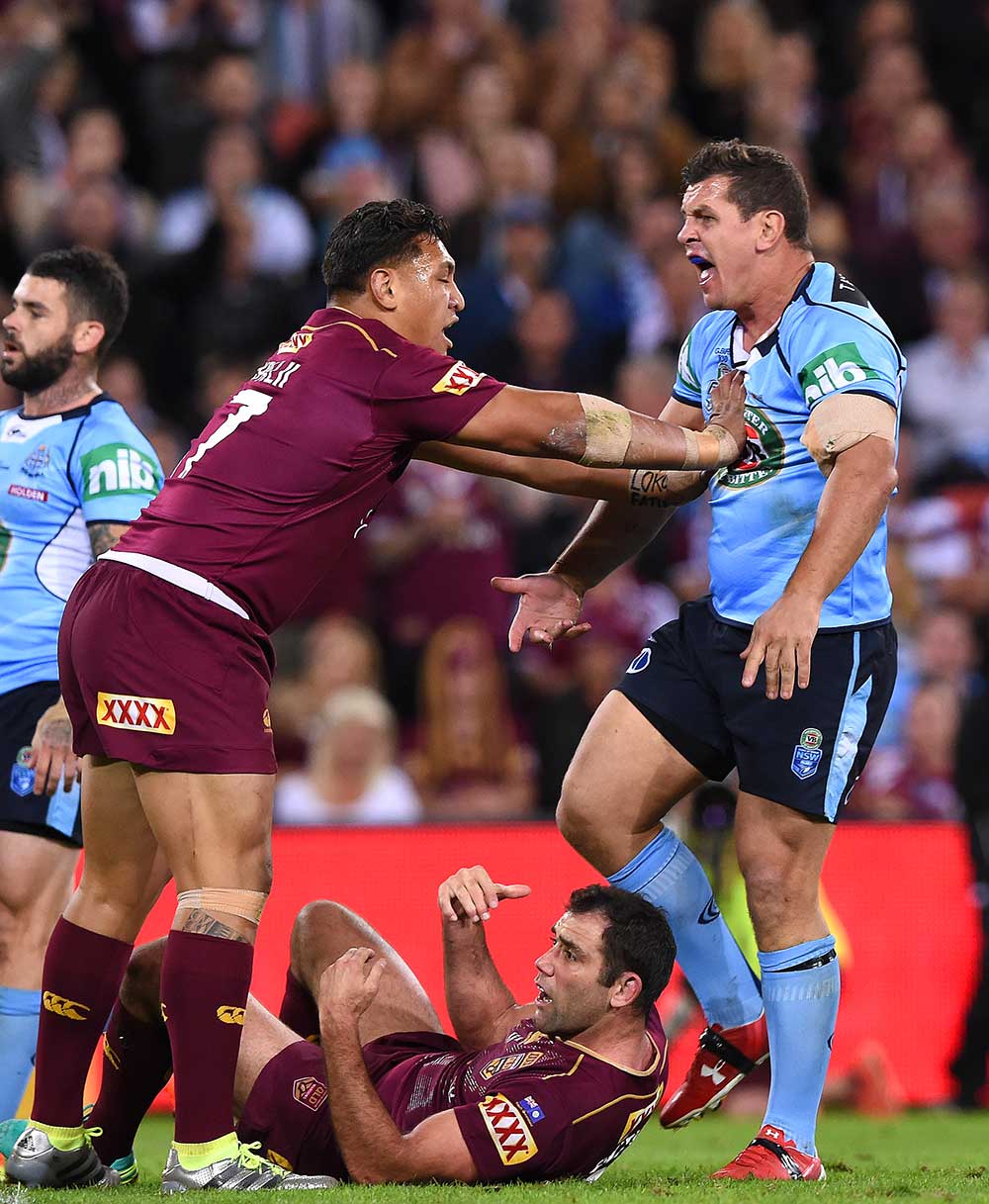 12. Coen Hess
The huge Cowboy goes by the name ‘Drago’ given his remarkable likeness to the Dolph Lundgren behemoth from Rocky IV. And, just like the big Russian, Hess packs a huge punch. A very strong defender and powerful ball runner, he’ll be more than a handful for NSW.

13. Jai Arrow
Another bloke the Broncos let get away, he’ll get his chance at lock due to Josh McGuire’s injury. However, he’s second only to Jason Taumololo in average run metres for lock forwards.

The kid has more than stepped up this year. Now, he’s got to step up even more.

14. Michael Morgan
Morgan’s marshalling of his Cowboys last year showcased just how good this bloke is. He’ll be the bench utility covering the backs. He is well accustomed to the cauldron.

15. Tim Glasby
The Storm prop was brought in for Game 2 and 3 in 2017, and made a surprisingly good fist of it – even scoring a try. His 2018 season has been interrupted by injury, but if he’s fit he should get picked for a reprise.

16. Felise Kaufusi
A strong-running backrower, capable of hitting holes and making lots of tackles. Now with an NRL premiership and a few Rugby League World Cup appearances for Australia under his belt.

17. Tevita Pangai Jr
This bloke is a fearsome chunk of meat and he’s just starting to hit some great form. He hits like a train in attack and defence. Why not?

If Josh McGuire is fit then he’ll go to lock, Arrow to the bench and either Kaufusi or Pangai Jnr out.

Who isn’t there?
Dylan Napa hasn’t been up to scratch in attack or defence. Ben Hunt has been crash-hot for the Dragons, but I still lean towards DCE.

And now to the elephant in the room: where’s Greg Inglis? To quote Derek Zoolander “Let me answer your question with a question”: who are you leaving out of that back five?

Sure, the Maroons could use his leadership, but after a year out is he still the player he once was?

This all sounds like a bit like the Slater-left-out-debacle of 2017. So, yeah, Inglis has to be in there. But who do you leave out? Boyd? Holmes?

That’s a problem for Kevvie Walters I guess.

However, while it is a scary new world for the Maroons post-Cam Smith, Cooper Cronk and Johnathan Thurston, if the NSW Blues take this side lightly, they’ll find themselves once more watching Queensland lift the shield.