There is no doubt Penrith, New Zealand and Brisbane matter, but Parra?

The year of 1988 produced a cracking one-hit wonder in the form of Underworld’s Underneath the Radar. I believe Penrith are playing it post-match in the dressing room after each win.

Those wins are being chalked up one after another and the Panthers find themselves level with the Dragons at the pointy end of the ladder after Thursday night’s win over the Tigers.

As the men from the mountains continue to grow in confidence and the Dragons start to wobble with two losses from their last four, the competition lead is well within their reach; something not universally predicted by pundits leading into the year.

As usual, preseason hype was all about clucky Roosters, terrific Storms and gun-toting Cowboys, yet the penny Panthers have made hay even though they have been well below full strength for much of the year.

Injuries to key players Nathan Cleary, Josh Mansour, Dylan Edwards, Waqa Blake and now Peter Wallace have hardly slowed their progress. The Penrith Peugeot has navigated the speedbumps with relative ease throughout the first half of the season.

With Cleary back and an Origin carrot dangling to spur him on, the Panthers will face the Dragons in Week 12 full of confidence and playing potentially as favourites, depending on their performance this weekend. 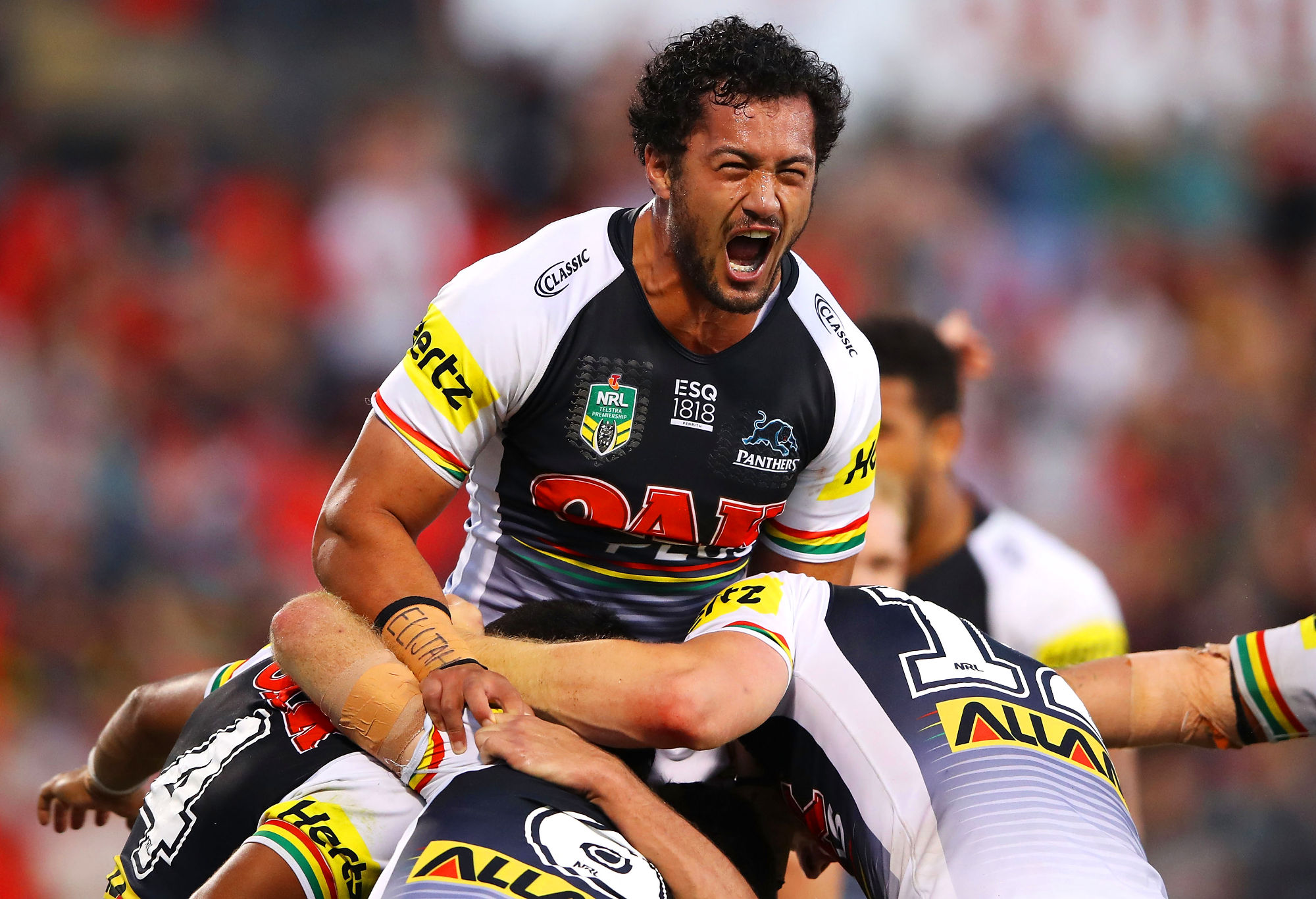 The Panthers are on fire (Mark Kolbe/Getty Images)

As one star ascends another plummets, and the Wests Tigers chalked up their fourth loss in five weeks as the promise of their early season results became distant.

For the sixth time this season the joint venture scored 11 points or less, and without the big scores they clocked up against the Eagles and the Eels, their attacking record is abysmal.

Their attitude is unquestionable yet the execution will need much work if they are to amend the slide. In a match marred and dominated by referees who seem to be getting far too much screen time over the last few weeks, things never really opened up.

The danger of becoming a ‘goal-kickers cup’, similar to rugby union, where penalty kicks chew up far too much of the clock and deprive people of attacking and expansive football, is a real concern for the NRL.

At ANZ Stadium on Friday night the Warriors finally convinced everyone that they do in fact possess a backbone. The enigma that they are has kept fans mystified for years.

The 2018 Warriors have elevated the hopes of the shaky isles with a team that is finally showing the resilience and fortitude required to win the biggest prize in world club football.

It was a close-run thing against the Eels and the game was in the balance deep into the second half, yet once again the Warriors played tough. Foolish is the clown prepared to write off this Kiwi team; with power and precision, they are very, very good on their day. 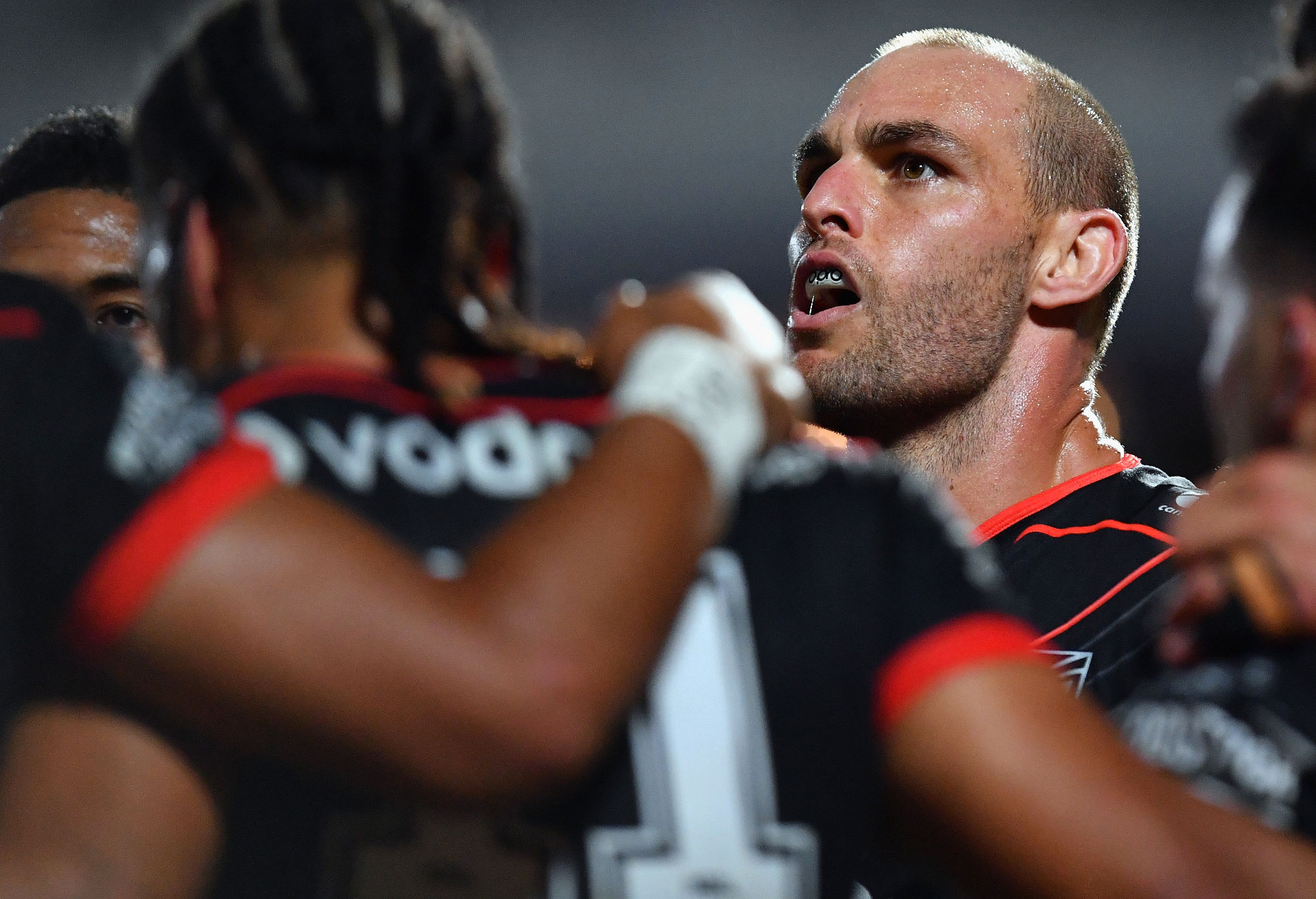 As for Parramatta, sadly they do not matter in season 2018. It was a last chance to make something of a desperate bid for respectability and improve on a 2-8 record. There were chances, moments to seize, but the blue and gold failed once again.

I texted a friend during the game with a simple statement that I felt summed up the frustration of Parramatta fans across the country. The text referred to the decision making and the absence of football smarts by the Eels’ playmakers.

For all their talent and skill, playing the game well requires much more in terms of poise and patience. They are attributes that the Eels appear to lack and seem quite a distance from acquiring.

Up north on Friday, the Broncos faced the Roosters in a clash between two teams around whom everyone is struggling to get a grip.

With both clubs sitting mid-table, the Roosters continue to promise the world yet have delivered little to this point and the Broncos have been inconsistent, to say the least.

The interesting thing about this game is that few people outside Bondi and Brisbane care about the result. That may sound a little harsh, but as the game attempts to connect with traditional rivalries, the latte-sipping Roosters and the Brisbane Friday night specialists don’t exactly engage the broader rugby league community.

In fact, most NRL fans wouldn’t mind seeing the two teams belt the bejeezus out of each other, softening them up for an upcoming clash with their own club.

As it unfolded, both teams put on one hell of a show and I should be more respectful towards two of the show ponies of the competition. The Broncos eventually found a way past the visitors on the back of late tries to James Roberts and Jamayne Isaako after the Roosters looked to have built a matchwinning lead.

As the Broncos eye a trip to Sydney next week to face the Eels on Thursday night and the Roosters host the Titans on Saturday, they will be well aware of the importance of a win to maintain momentum.

Both showed plenty on Friday night, and the top eight seems a likely outcome for two clubs still seeking top form but doing enough to remain a threat.