What a wonderfully unpredictable competition the NRL is

Rugby League is a fantastic game. Every week there is always something going on. Despite all the drama, the NRL must be absolutely happy with the season’s outcome so far.

At the beginning of the season, I had my top four locked in: Melbourne, North Queensland, Easts and Parramatta. However, we are one week short of teams playing half their games and we have the Dragons on top. I did think they would start strong, but there is something different with the 2018 Dragons team.

In previous seasons they had the appearance of being tough, but when the push came to shove, their bones became brittle and shattered like glass.

This year they seem different. It could be that the steel that was once widely produced in the Illawarra has made its way into the Dragons team. The way the Dragons beat Canberra showed their resolve. The test that awaits the Dragons now is how they come through the Origin period where I suspect they will have quite a few representatives.

North Queensland were unfortunate to lose against South Sydney, but they are not unfortunate to be placed 15th. Is it over for them this year? Probably, but they have a chance to turn it around. Time remains unbeaten, and it seems that time or in this case age has caught up to the Cowboys.

This is Johnathan Thurston’s last year; I hope the Cowboys players realise this because if they do, then they would relish every game. Maybe this enthusiasm would carry over into the results and an improvement on the NRL ladder. Also, what every fan of the game needs to realise is that JT only has a possible 13 games left (if they don’t make the eight) so get out there and watch one of the best players compete before it’s too late.

Parramatta at the moment doesn’t matter. They are coming dead last and deservedly so. They started the season poorly and despite putting in some substantial efforts over the last five weeks have limped to this part of the season with only two wins. Now there are two clear options for the Eels.

Option one is that they can show up each week, get beaten and say to themselves “it wasn’t our year” and wait for next year. Option two is the tough one, but the one that could make them be one of the great teams. 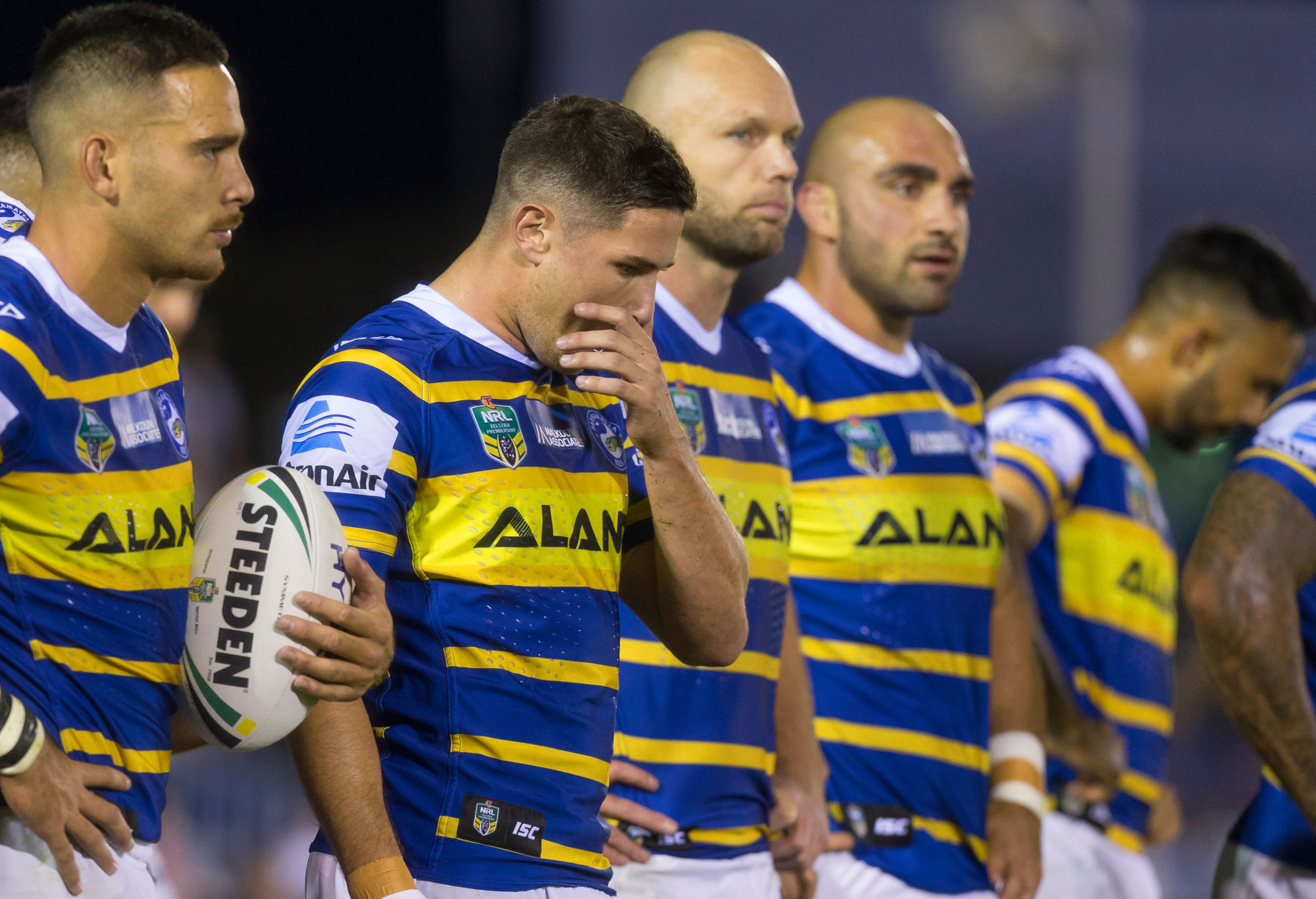 Has any team been last at this time of the year and made it to the big dance? Possibly, I know a Souths team in the 1950s produced something similar, but they had Clive Churchill. This Eels team do not have such greatness in their team. To be the best in the NRL, which is effectively the toughest team sports competition in the world, you need to be a unified outfit.

So my message to the players of Parramatta is simple: how good are you?

If you don’t do that, then you will remain firmly placed to the bottom of the table. However, if you do, the results will come your way. I know my die-hard Parramatta friends haven’t given up on you, but it doesn’t matter what they believe, it only matters what you the players believe. The challenge is waiting – do you take it on?

Melbourne and Easts are not in top four, but they are not far off either. The Roosters versus Broncos game was a classic. I was left wondering if some players had played themselves into a Blues jersey while others out of a Queensland one.

For Melbourne, a tough loss to the Sea Eagles followed a pretty solid start to the year. I’m sure more people would have watched the battle in Melbourne if there wasn’t a significant wedding happening back in England.

So 11 rounds in, the Dragons sit atop with the Penny Panthers a close second. It is good to see the Warriors show some true grit and they remain placed a deserved third while all my hopes at the start of the season are holding up with South Sydney rounding out the top four.

After next weekend the Blues and Maroons teams are announced, and Origin madness will swamp our thoughts. For five weeks our vision will be tainted a slight blue or maroon depending on one’s allegiances.

Exciting times await in this arena. I hope the Blues win, and I hope they win three nil, but I would have still liked to have seen Cameron Smith play one last series.

Once Origin ends and normality resumes, the season will be on the home run. However, I wonder if during the Origin period if there will be any big movers or if any team will have collapsed. I’m not sure, I’m not sure if anyone is either for that matter, it’s a very unpredictable competition.

I tell you what though, I’ll be watching and waiting with anticipation for all the drama to unfold.