With the Cavaliers tying their series with the Celtics at two wins apiece, we’ve just about reached the midway point in the conference finals. Four games have been played in the Eastern series and three in the Western match-up, so there’s been plenty of basketball to digest and discuss.

Here are a few observations and thoughts on the action so far.

The games haven’t been as exciting as we’d hoped
Before both these series started, the Rockets seemed equipped to give the Warriors a run for their money, and the Cavaliers and Celtics were both playing at high levels. It was natural to assume that there would be tight games full of clutch moments and big shots down the stretch.

That hasn’t been the case so far, with all but one of the games across both series being decided by double digits.

It’s been a parade of blowouts, with one of the two teams failing to show up in each game. Game 3 in each series was particularly ugly, with the Cavaliers and Warriors winning by an incredible 30 and 41 points, respectively.

Sure, we might be able to explain part of it by the fact that these teams are shooting so many threes that one side getting hot just allows them to run away with the game. Even so, it’s not as much fun to know what the end result is going to look like by the second quarter.

Here’s hoping we get into a few crunch-time situations as we move forward.

Steph Curry looks healthy despite some rough games
It’s been difficult to judge Curry’s performance thus far. He put up an average game in Game 1, a poor one in Game 2, and then exploded in Game 3.

Many people have been quick to point out that he is just coming off an injury and has only been back for six games. However, I’m not sure if that’s the case. It looks like he’s been getting good elevation and extension on his three-point attempts, and he’s attacked the basket well in every game so far.

There have been no signs of pain or limitations, it’s more likely that the poor shooting until Game 3 was an anomaly, probably because he’s still a little rusty.

If his latest performance is an indication that he’s back on track, then Houston’s journey is coming to a quick conclusion.

Even superstars have off nights – there’s no need to pull out the injury excuse whenever Curry doesn’t perform. 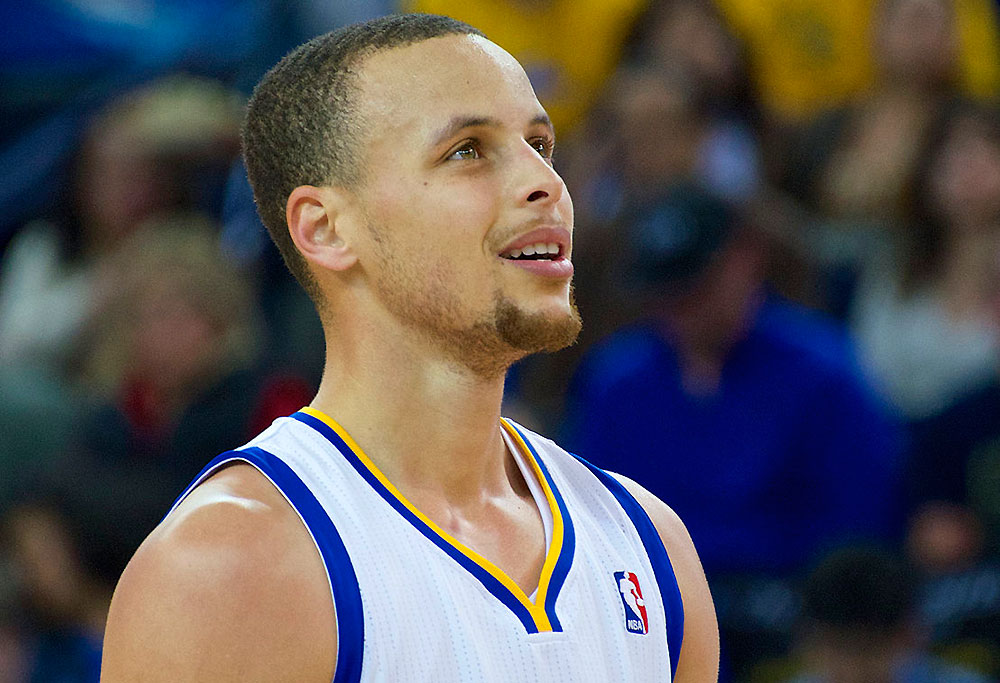 Ty Lue deserves more credit
Lue has been the scapegoat for just about every issue the Cavs have faced while he’s been in charge. People have made fun of him for his perpetually confused look on the sidelines and insinuate that LeBron James is the real coach of the team.

The narrative that Lue is an incompetent coach is one that needs to be toned down. While his offensive and defensive schemes can be questionable at times, Lue has a couple of clear strengths: his rotations and after timeout (ATO) plays.

The best thing he’s done in these playoffs is show faith in Tristan Thompson. The centre was struggling early on and Lue was catching a lot of heat in the media for continuing to give Thompson chances to play. However, he has played a huge role in tying the series with Boston.

Thompson, as a mobile, athletic big, is well equipped to guard Al Horford, who is Boston’s most crucial offensive player with Kyrie Irving out. Thompson has historically had success matching up against Horford, and it has continued in conference finals.

Lue and his staff have done a good job putting Thompson in good positions to neutralise Horford’s passing and keep him out of his comfort zones, and he has rewarded them with effective and energetic play. Lue deserves credit for sticking with a player he knew would be a big part of the team’s success, even in the face of overwhelming criticism.

Lue’s ability to draw up plays after timeouts has been criminally underrated. People like to say that he has no idea what he’s doing, but his ATOs consistently result in wide-open looks for the Cavaliers. I’d go as far as to say that his ability in this area is nearly as good as Brad Stevens’. He’s consistently been able to turn timeouts into points, which kills opposing teams’ momentum.

Seriously, pay attention to Cleveland’s ATOs for the rest of the playoffs. How many of them result in a wide-open Kevin Love jumper? Or an easy lob for Thompson? You’ll be surprised.

Chris Paul needs to step up
Paul, fairly or not, has been labelled as a bit of a playoff underperformer as a result of a disappointing run with the Clippers. He’s done a lot to shed that label this time around, with some huge efforts that have culminated in his first conference finals appearance.

But ever since this series began, he’s struggled. His games have been relatively low scoring, putting up totals of 23, 16, and 13 (and those are inflated by garbage-time buckets). He’s shot poorly, making less than 30 per cent of his threes. He’s also only managed 13 total assists across three games.

If the Rockets are going to have any chance to win more games in this series, Paul needs to flip the switch. He’s got to get the offence working better when James Harden is off the floor. While he’s done a decent enough job orchestrating, he must find more ways to score. He is by far the next best player on this team after Harden, and the Rockets need him to produce points more consistently.

Relying on players like PJ Tucker and Eric Gordon to explode like they did in Game 2 is not the way to win – I doubt either of them is going to hit the 20-point mark again in the series. A lot of the Rockets’ success is going to hinge on how well they can keep up with the Golden State juggernaut while Harden rests, and that burden rests squarely on Paul’s shoulders.

Let’s see if he can shed the choker label and turn in a big performance in Games 4 and 5.