Six interchanges: The big pigs are to go the way of the dinosaurs

When does 120 kilograms not go into 17? When there are only six interchanges a match. The era of big pigs playing in the front row is just about over.

There is a fair bit of disquiet down in Canberra town right now, and it isn’t just because the frosts have arrived.

Many of the faithful who bleed green are upset about the impending departure of their behemoth front rowers, Junior Paulo and local junior Shannon Boyd, at season’s end.

What this issue really illustrates is the different realities of the club’s key stakeholders: the administration and the fans.

As fans, we love our club, win or lose. It isn’t a job. Our fandom starts from whenever we found a passion for our side and extends to the grave. While we understand the realities of players coming and going, we grow fond of them. We want some kept well outside of the realities of the salary cap or the realities of how a team needs to be constructed to be competitive.

The desire of fans to retain Boyd and Paulo really highlights how the loyalties of the fans can be out of step with the harsh reality that the CEO and coach have to deal with.

For Don Furner Jr, Peter Mulholland and Ricky Stuart, the brutal truth is that they could not justify spending over $500,000 a season for behemoth props like Paulo (123kgs) or Boyd (122kgs).

Why? There are four factors to be considered.

Have a look at the average minutes played by the players who regularly feature in the front row in the NRL:

While there are freaks like Andrew Fifita who can haul 118 kgs around the park effectively for three quarters of the game, as a general rule the heavier you are the fewer minutes you play.

Factor 2: Big players always require rotation
A coach must rotate his 17 players around to cover 1040 playing minutes per match. That works out to an average of 61 minutes and 12 seconds per player if spread evenly. However, it isn’t spread evenly. There are seven players who are rarely interchanged: the backs. Each one plays 80 minutes, or 560 minutes of combined match time.

That leaves the remaining six players having to average 40 minutes each, which works out neatly if you want to carry two props who only do 80 minutes between them. However, the interchanges are about to be reduced. 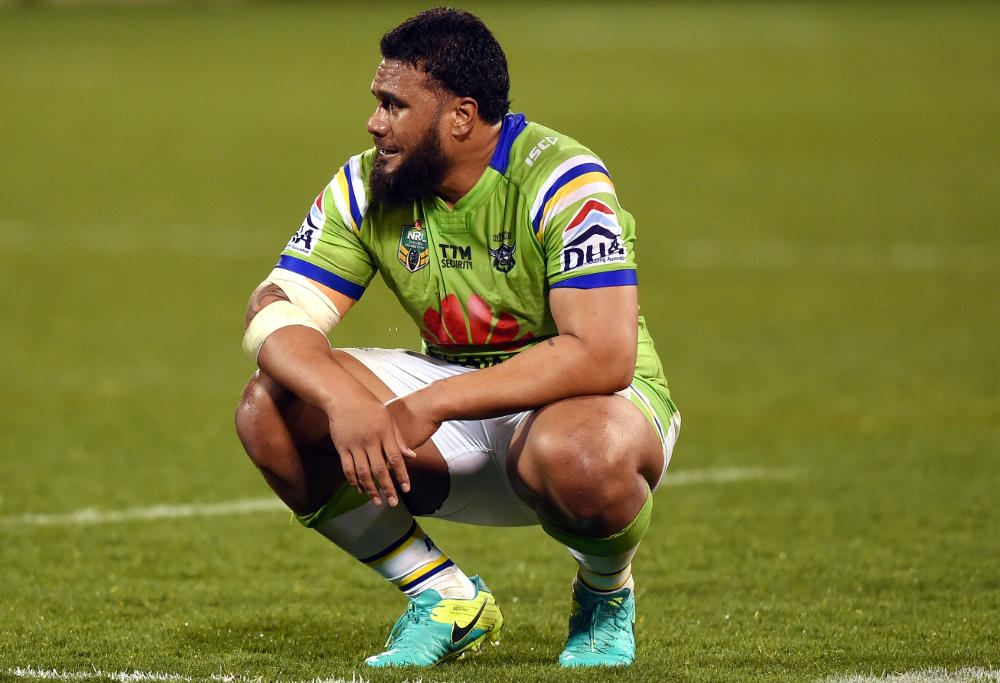 Factor 3: Only six interchanges in 2019
Eight interchanges is a neat number when you have a four-man interchange bench, but cut it to six and things get more difficult.

To rest both props and then bring them back uses two-thirds of your interchanges, allowing only two changes for the rest of the team for the remainder of the game. That’s a big risk.

A risk that’s compounded when you get the inevitable injuries.

So the value of the big pig’s impact on the line is drastically counteracted by their inability to cover more positions if required. While the likes of Ryan James, Matt Prior, Paul Vaughan and Marty Taupau could cover most spots in the pack and do big minutes, the likes of Paulo and Boyd can’t as easily. They have little utility value and could be defensive liabilities if played for too long or out of position.

Factor 4: Balancing the salary cap
The current salary cap is $9,400,000 per club a season, to cover the 30 players each squad is required by the NRL to have. Averaged out across all 30 players – and assuming no bonuses for such things as players making rep teams – that comes to $313,333 apiece.

What does that sort of money buy you? I’m taking a guess, but I reckon that’d get you the likes of a Nelson Asofa-Solomona, or a Luke Bateman, or an Isaah Yeo, or a Peter Hiku. A good, solid player. Perhaps not a star, but very capable.

However, as we know from Josh Dugan’s desire to get ‘fullback money’, different positions get bigger salaries than others.

It is generally expected that the spine players will get the most money, while those on the least ($85,000 is the NRL minimum wage) will be fringe members of the squad, who play in the feeder club – either up-and-coming prospects or ageing players who can be called on to play a role.

Consider this team make up:

That’s not the sort of money that can get you any great depth for when the injury or bad form fairy visits.

So, given a roster manager has to consider the need for players to do big minutes and have some utility value, as well as the impending change to six interchanges, along with the emphasis on spending your cap to achieve these first three factors, if you then pay over $500,000 for a prop, it needs to be for a Ryan James, Paul Vaughan or Andrew Fifita, who can cover lots of positions, do big minutes and have impact. 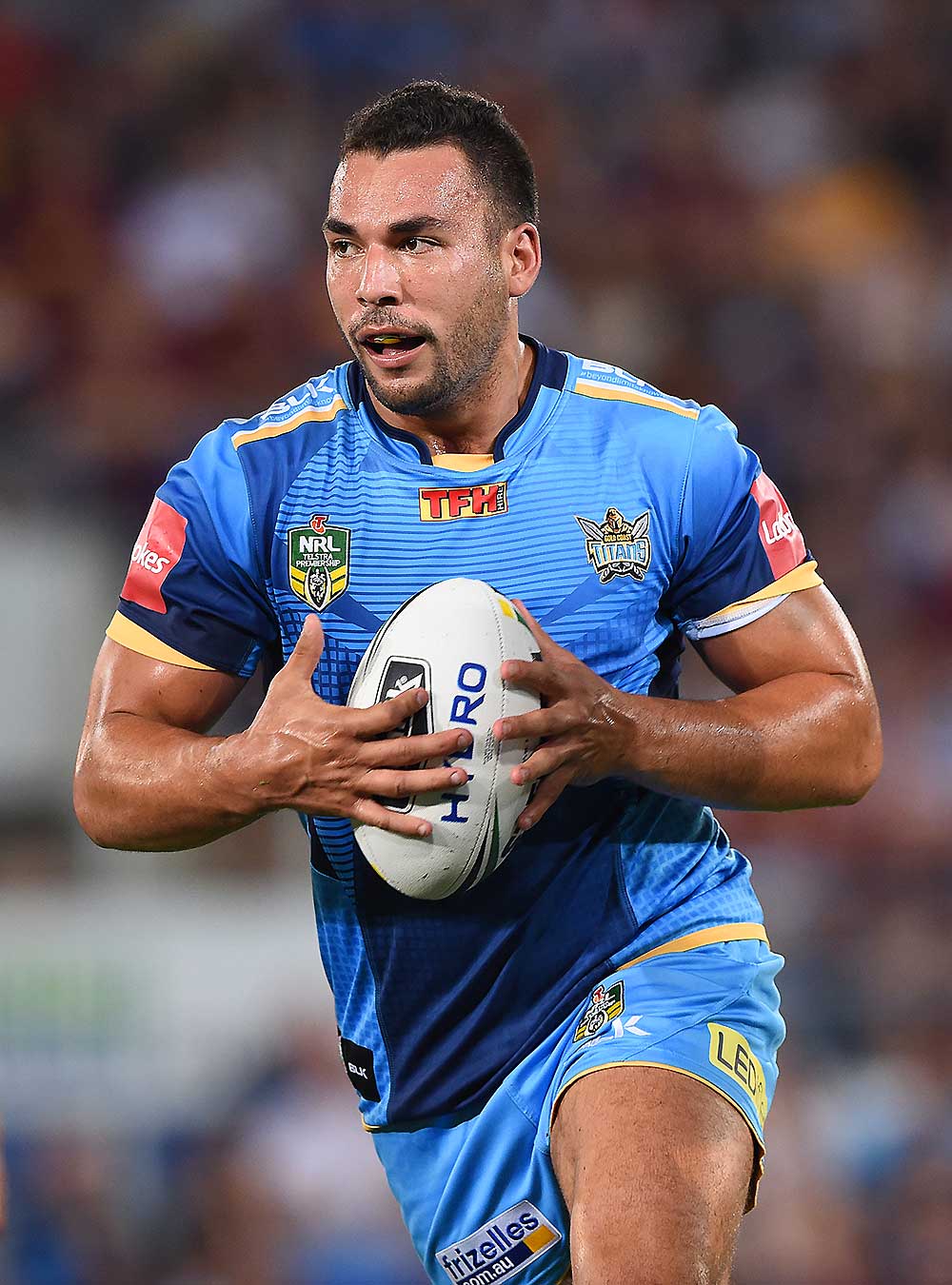 So while lots of Raiders supporters are lamenting the loss of Paulo and Boyd, you can see that there is method in the administration’s madness. They just couldn’t justify spending huge money on low-minute, impact players with no utility value – no matter how much they loved them.

It’s business. And if it isn’t managed well by you, then you’ll be replaced.

So the sad truth is that, with the institution of the six interchange rule, the big pigs of rugby league are about to become extinct.

While we will still remember with fondness the likes of Dallas Donnelly, Stan Jurd, Bob O’Reilly, George Rose and the footballer formerly known as ‘DogZilla’ smashing their generously endowed frames into the defensive lines, soon the legends are all that will be left.