Here it is, Kevin Walters’ Queensland team for State of Origin 1 in Melbourne. There’s some tried and true performers and once again the Maroons have the luxury of blooding some new talent.

As usual, the lead-up to the series has been all about New South Wales and their attempt to build a competitive team. But Queensland are in a new phase of their own after losing three of Origin’s greatest performers: Cooper Cronk, Johnathan Thurston and Cameron Smith. These three are almost irreplaceable and there will be a lot of pressure on Ben Hunt and Cameron Munster in the halves and Andrew McCullough at hooker.

Is this an Origin team that can win? You bet. With proven rep talent supported by the next maroon wave, 12 from 13 is a huge possibility.

1. Billy Slater
The automatic choice at fullback. There’s not much else you can say about Billy Slater in State Of Origin – he’s just as dynamic and influential today as he was when he started in 2004.

2. Valentine Holmes
After a somewhat sticky start to 2018, Holmes has settled into a rhythm of scoring tries and busting the line. He’ll be tough to stop with a head of steam.

3. Greg Inglis (captain)
GI is in vintage touch so far in 2018. He’s fit, he’s fresh, the fend is back, the speed is (mostly) back and he’s having fun out there. The side’s new captain, he’s a natural leader for a squad without three of its big guns and if he gets into his usual Origin mood, watch out.

4. Will Chambers
A somewhat unsung hero of the Queensland setup. Maroon fans love him, Blues fans detest him – that’s how you know he’s good. He gives consistently strong service in the centres and it’s fair to expect more of the same.

5. Dane Gagai
No-brainer for Walters here. Gagai was last year’s Wally Lewis medallist as the best player of the 2017 series and he rises to the occasion. Averages a try a game in Origin. 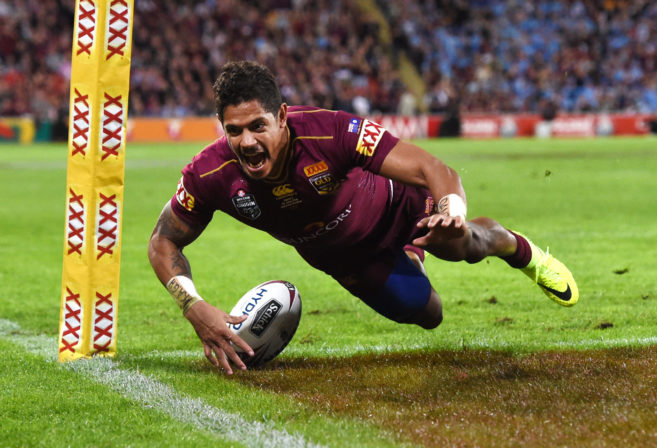 6. Cameron Munster
One standout game in Origin at five-eighth and Queenslanders will be expecting more of the same. This kid is a gun but is that too much expectation? Probably not. He’s second in the NRL for try assists and looks ‘built for Origin’.

7. Ben Hunt
Seen as the natural progression at the halfback spot, Hunt has been fantastic for the Dragons as they waltz away at the top of the NRL table. But Origin? That’s another story…

8. Dylan Napa
As Napa has struggled in 2018, so has his club in Sydney. His defence needs to be cleaned up, but obviously Walters feels Napa can play a role for Queensland. A lot of eyes will be on his performance in Game 1.

9. Andrew McCullough
Wanna feel some pressure? How about taking over a key position in the aftermath of the greatest Queensland dummy half? It was the most talked about position and McCullough’s defensive workrate and reliability that got him the nod. Don’t expect too much, but don’t expect too little, either.

10. Jarrod Wallace
The key to doing well in Origin is taking a hit and pushing forward – Wallace gives Queensland that drive and will also supply some consistent defence. Walters loves this predictability on the big stage. 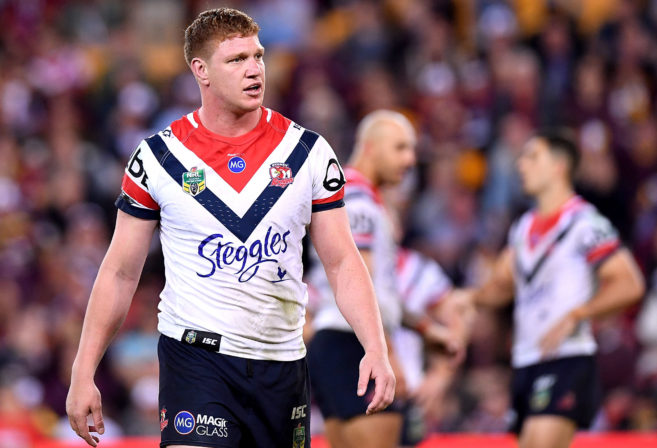 11. Gavin Cooper
Protector of the halves in more ways than one, Cooper is a proven leader who is well suited to the Origin cauldron. His club aren’t going so well in North Queensland, but when the going is tough, Walters knows he can rely on Cooper.

12. Felise Kaufusi
Kaufusi is putting together quite the body of work recently and this is a well-earned selection. At club level he’s got reliable defence, a good eye for the offload and some sneakily good attack, it will be interesting to see how he manages the step up in intensity.

13. Josh McGuire
A miraculous recovery from a supposedly serious ankle injury. McGuire is arguably the best lock forward in the business but a bung ankle is a bad thing to drag behind you into the toughest series in the game…

14. Michael Morgan
Morgan is fantastic in the Maroon. He knows all the strengths around him and more importantly, he knows how to make the most of them. His experience will be critical as Queensland move past the Cronk/Thurston/Smith era. 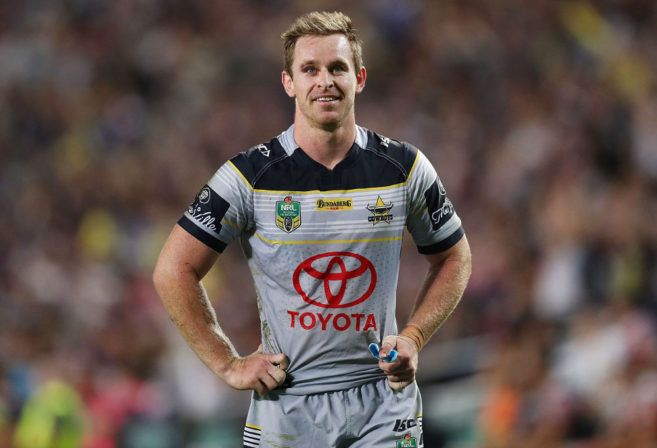 15. Josh Papalii
Do you start Papalii or do you hold him back for impact off the bench? The Raiders dropped the big man after an extraordinarily average start to 2018 but since then, he’s been back to his bullocking, hard-hitting best. With Josh McGuire in injury strife, it might be time to bring the big Raider on from kickoff.

16. Coen Hess
Fair or unfair, Hess came to State of Origin with high expectations upon him and there’s a question over whether he met them or not. He’s got all the tools: strength, power, a tackle that rattles your ancestors… But Queenslanders will want to be seeing a bit more from him.

17. Jai Arrow
This kid is a gun and a big future piece for Queensland campaigns. He churns through metres and can handle a punishing workload. Arrow is to watch for the future, no matter what happens this series.