We have all heard of Halley’s Comet before yeah? You know that big bright ball of ice and rock spewing out gases as it warms near our sun moving about 70 kilometres per second?

Halley’s moves into visibility in our solar system roughly every 75 years. Most people will only see Halley twice in a lifetime, unless you are like the Queen or Sir Mick Jagger who will both clearly live past 100.

Well, the Western Bulldogs won their two flags in 1954 and 2016, a gap of 62 years. Not quite in Halley’s Comet range but for the purpose of this analogy, close enough. I mean twice in a lifetime fits, yeah?

Let’s imagine a young Doggies kid in 1954 at the peak of his footy fanaticism, reads every stat, calls his own pretend games in the backyard, speccies on the washing line clothes, dreaming of running out in the Footscray jumper – unabashed footy excitement leading up to that 1954 flag.

Let’s call him Frank and make him 12. So in 2016, Frank just saw his second Dogs flag at the age of 74. Two flags in Frank’s lifetime might have to be it I fear.

The Dogs back in the late 80’s were about to totally lose their orbit altogether and be sent off to a galaxy far, far away. This moment in history had them facing a potential forced merger with Fitzroy to become the Fitzroy Bulldogs.

They rose up from that sliding doors moment in history thanks to a funding drive much like an oversized version of a sausage sizzle…and survived, so we will never know what might have been of the Fitzroy Bulldogs.

When you think about it, all they would have had to do is add the “Western” later on and they could have ended up the Fitzroy Western Bulldogs perhaps with not much difference to the Doggies of today except for multiple premierships to their name.

Who is to say a merger isn’t a viable option, Saints fans?

What happened next? Well, the 1954 comet disappeared again to the outer reaches of space, wooden spoon in 1959, flirted with a close orbit in the 61 grand final and then disappeared pretty much for the rest of the 60s, 70s and 80s apart from a close call with a ten point preliminary final loss to Hawthorn in 85 under a new young coach called Mick Malthouse. 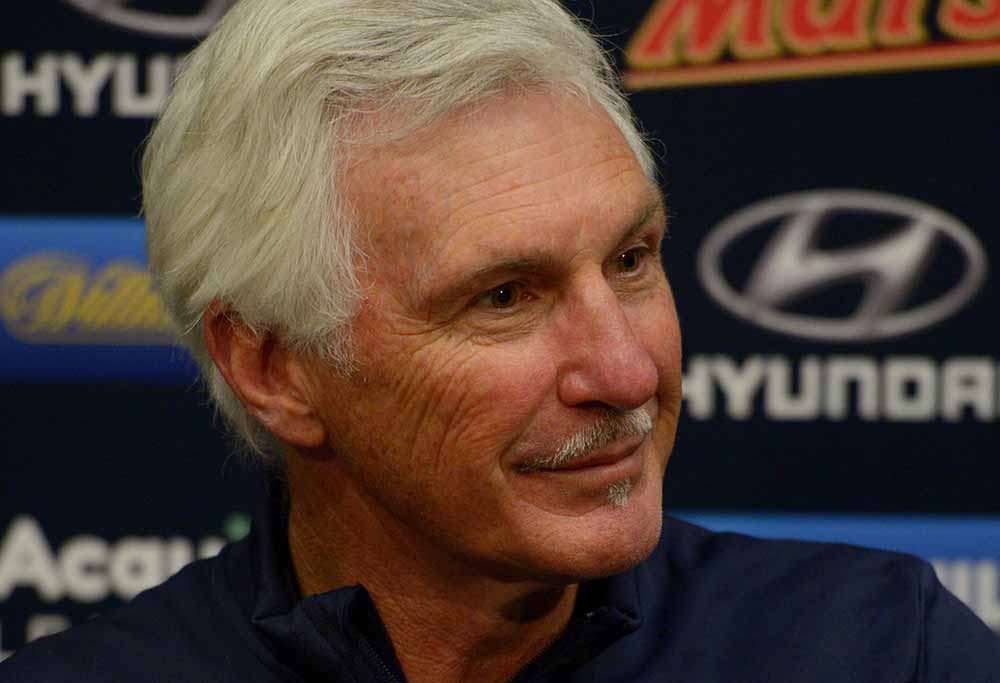 The 90’s the Doggies flirted with success coming within two points of eventual premier Adelaide in 1997 in another cruel preliminary final loss yet still no grand finals since 1961 and no flag since 1954.

The 2000s started with a final then more of the same for the Doggies, with just one short-lived final series between 2001 – 2007. After coming back into low orbit and genuinely contending between 2008-2010, the Dogs once more settled back to deep orbit down the bottom half of the ladder from 2011 to 2014.

While this was happening an eager young assistant coach was honing his craft at the Hawks, called not Luke Skywalker but Luke Beveridge.

In November 2014 another huge sliding door moment happened at the Doggies with the signing of Bevo as we now affectionately called him, as senior coach of the Western Bulldogs for 2015 and beyond. Before the season commenced, of course, the Dogs had to deal with the highly publicised defection of Captain Ryan Griffen and the high profile multi-million dollar recruitment of former number one pick Tom Boyd from GWS as part of the Griffen deal.

Despite securing Boyd, the Doggies were clear favourites for the wooden spoon in 2015. Bevo was tested during the year with key injuries and yet they scrambled their way to the finals appearance and earning Beveridge coach of the year for just a seventh placing, almost unheard of that. 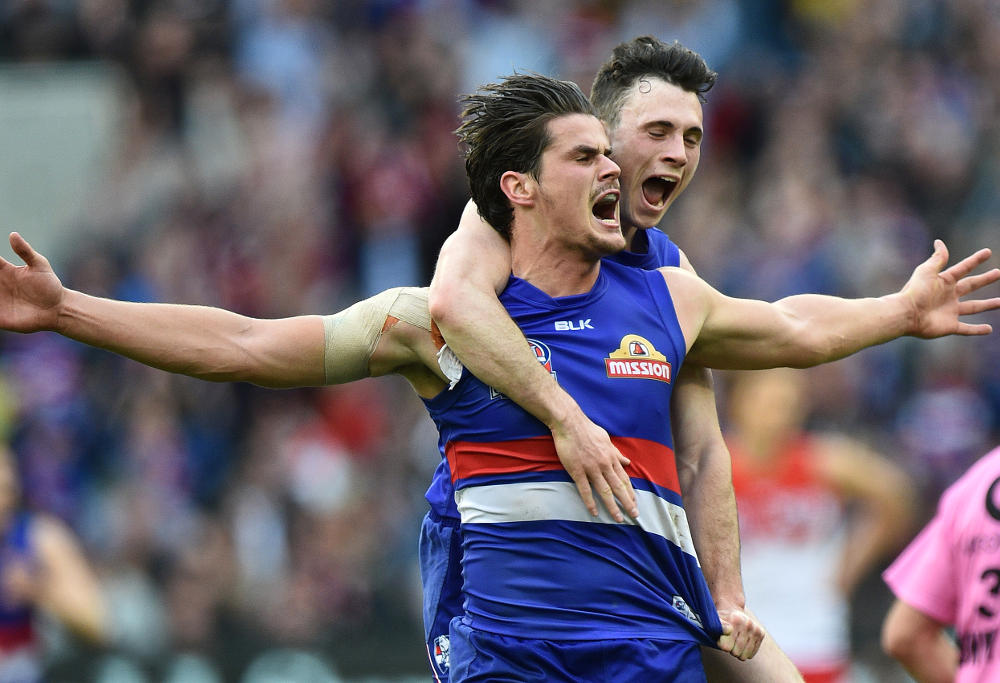 In a particularly top-heavy season, however, they still found themselves up against it as their hard earned 15 wins only granted then seventh place and a knock-out final against West Coast in Perth. Most expected this would see the end of the Dogs for 2016.

We all know what happened next. The Doggies under Beveridge got over West Coast easily by 47 points, fronted up against one of the mightiest teams in history to knock over the Hawks by 23 and found themselves once more in a Preliminary final. Riding an unprecedented wave of emotion and as just about every other fans second team, they got over the young powerful GWS away in one of the greatest preliminary finals of all time.

There was no stopping this side any more it seemed, a side who all played for each other, for their coach, for history itself and even the hard, seasoned bodies of Sydney was not powerful enough to stop the emotional juggernaut as they stormed to the 2016 flag.

Fairy tales do happen, the media exclaimed. Most of us could scarcely believe it but the Doggies were premiers again, Halley’s Comet had returned a little early.

Huge contenders for back to back some thought in 2017. Triple flag premiers others wondered? I mean Beveridge had scored another coach of the year award, his second in his two-year tenure at the Dogs.

High priced recruit Tom Boyd had just played the game of his short career in a grand final for goodness sake. Who does that? He had come of age. The side was young, played for their coach and would surely stay in orbit long enough to contend again this time.

Not to be. Like Halley’s Comet, the Dogs came through in 2016 like a bright 70 kilometres per second ball of emotion, swung into place and stormed to a truly remarkable cup yet, in true Halley’s style, have gone straight out of our solar system again not even making the finals in 2017.

Now, halfway through 2018, they are already just a tiny point of light in the distance as they move farther and farther away from contending again.

Sorry Frank, but you’ve had your two flags in your lifetime following the Dogs, and that is all you are going to get.