Something’s not right at Brisbane Broncos Limited, but it’s not Wayne Bennett.

It is their recruitment.

While some elements are being done brilliantly, much of it has been poorly conceived and managed for years now. The Broncos faithful have every right to be furious about it, because it is probably the main reason that in the last 12 seasons they’ve missed the finals twice and haven’t won a premiership.

When you are a one-team town in the most hardcore rugby league heartland in the world, that situation just isn’t acceptable.

Any administration in Brisbane’s situation should have a constant supply of talented players being delivered to their coaching staff – if they are worth their pay that is.

A cursory examination of the Broncos juniors coming through over the last decade, and the far-higher-than-average number of established player imports, shows that junior development at Red Hill has not been living up to its previously lofty standards.

And that underperformance directly relates to the lack of glory.

Even after taking them to the decider in 2015 – his first season back at the club – supercoach Wayne Bennett has seemingly gone from the returning saviour to possible scrapheap in under four seasons. 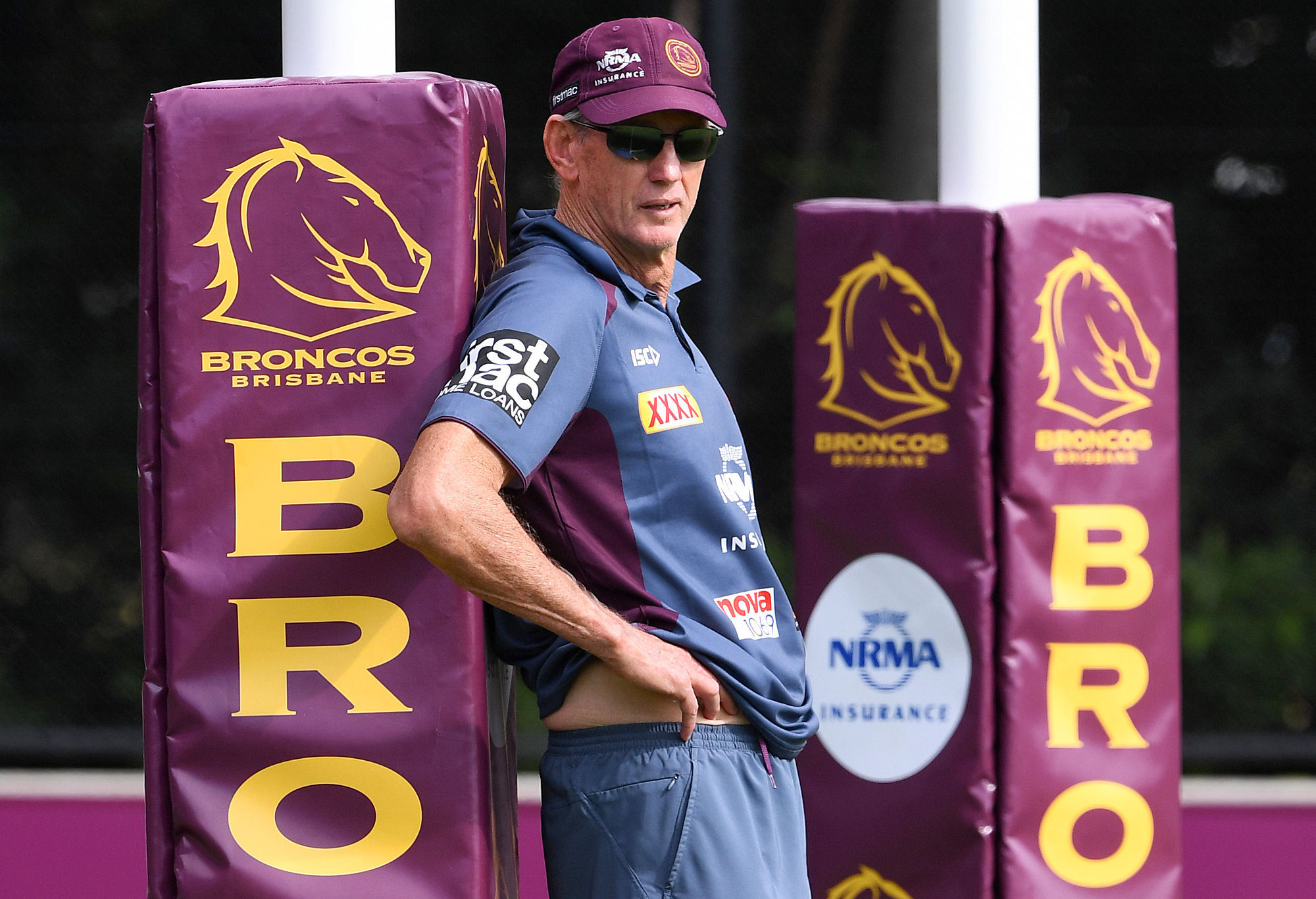 Rugby league mentors don’t come any bigger than Bennett, who’s achieved everything there is to do in the game as a coach. However, all coaches live and die by their results.

Regardless of how good a leader you are, you can’t win if you don’t have the players, and Bennett has simply not got good enough cattle. The club’s junior development system must take a good deal of responsibility for that.

To understand why this is the case, we need to look into the past.

The Broncos were founded by a passionate Queenslander, league stalwart and businessman in Paul ‘Porky’ Morgan. Morgan was the driving force behind the club and he knew the value of having the right people in the organisation.

The legend goes that in 1987 Morgan had tried unsuccessfully to lure Bennett back from Canberra to coach Brisbane’s inaugural season, so he got on a plane, turned up on Bennett’s doorstep, and refused to leave until he’d got his man. And get his man he did.

However, Bennett wasn’t the only reason Morgan’s Broncos were so successful. When he’d gone to Brisbane State High School, he’d had a teacher called Cyril Connell Junior, who himself had been a great league player. Such a caring mentor was Connell that he and Morgan formed a close bond. That bond extended to Morgan hiring his former teacher into his stockbroking firm years later.

However, by 1990, it was clear that Connell didn’t really like the job, so Morgan asked Bennett to take him on as a talent scout.

There was no question that a large part of Connell’s success came because he genuinely cared about the kids. Just ask Darren Lockyer.

“He was interested in what you were doing outside of footy and asked about your family,” Lockyer told Fairfax.

“From the moment you met him you knew he cared about you and I’m sure he did that to every kid he met. He always had time for you and wanted you to be successful.”

Connell’s scouting was basically the funnel for a star-making machine. Just have a look at the talent he brought through from that point until 2002, as well as the small number of established players that needed to be recruited:

In 1987, Craig Bellamy played under Wayne Bennett at Canberra. In 1998, Bennett made Bellamy an assistant coach at the Broncos. Bellamy liked the way the Brisbane club handled their cattle.

“I was always impressed by the way the Broncos cared and looked after their players. That’s what I wanted to do when I came [to the Storm]. I wanted to try and build that two-way-street loyalty,” he told News.

In 2003, Bellamy signed as the Melbourne Storm’s coach and, with the exception of the year that they were excluded (2010), his side has not missed the finals. No other side comes close to that.

Lots of that success can clearly be attributed to great recruitment and development of players. Just look at this:

While there is no question that the spine of Cam Smith, Cooper Cronk and Billy Slater is what a lot of that success has been based around, there is also no question that none of those three would have achieved the heights they have without Bellamy’s mentoring.

Nonetheless, the Storm recruiters have proved themselves excellent at identifying great prospects.

From 2003 onwards, with Cyril Connell still involved, the Broncos’ recruitment was still going along fairly well, in spite of the impact of Bellamy going to the Storm.

While there are no Lockyer, Webcke, Parker or Hodges superstars there, there are lots of very good players. However, in 2008, Connell stepped down, passing away the following year at age 81. From that point, you can see a massive shift in the way the way their recruitment has been carried out.

Of the notable players the Broncos have developed over that period, all but one has departed. How much do you think the Broncos faithful would love to have Jarrod Wallace, Jai Arrow and Dane Gagai still in their ranks?

Further, just look at that list of players purchased. How many of those have turned out to be excellent buys in the mould of Glenn Lazarus or Gorden Tallis? I’ll let you be the judge.

So what is the problem?

Former NRL Front rower Mark Tookey has been embedded in the development of junior rugby league players in Southeast Queensland for nearly a decade now. The Crushers, Eels and Warriors veteran worked under Brian ‘Pinky’ Edwards developing the young talent at the Souths Logan Magpies as part of the Canberra Raiders’ junior development program, which turned out the likes of Josh Papalii and Anthony Milford.

Tookey says the issues with the Broncos’ junior development is that it casts the net far too wide to be practical or effective.

“The Broncos have around 700 kids across each age group on their books. They give as many kids as they can a warm and fuzzy feeling by giving them a jumper or t-shirt,” he says.

“They lock them up into their organisation but they can’t possibly provide the intensive development programs or pathways that all those kids need or deserve. The sort of development that they need to get to NRL level.”

Tookey says that the secret to the Souths Logan development program – that had over 80 per cent success rate getting participants into the NRL – was that it was very selective:

“We had 20 kids max across all age groups at any one time. Because of that we were able to give each one really great development opportunities.

“The sort that help players make the jump to being professional footy players. Sure, we had some activities where lots more prospects were involved too, but our core work was developing the ones we had marked as elite prospects.

“Long before Milford was on anyone’s radar we had him at a session with Andrew Johns down in Canberra, along with all the Raiders halves. The way the Broncos are set up, they were seemingly prioritising getting as many prospects in the door over doing that judicious selection and development.” 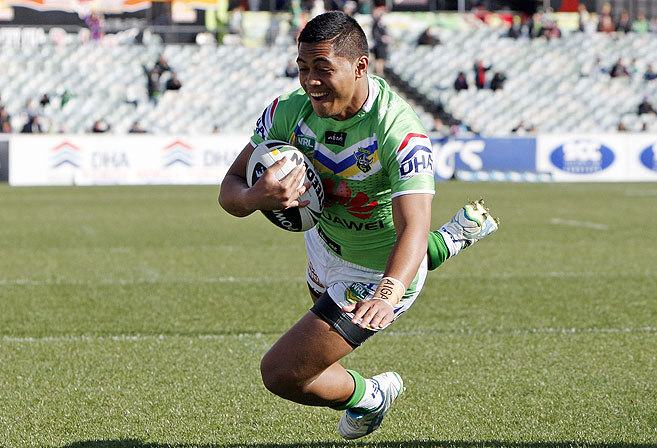 Tookey says “were” because in 2014, the Broncos lured his mentor, Brian Edwards, away from the Raiders.

“There is no question that Brian is the man for the job and he will right the ship,” Tookey says.

“Like Cyril, he’s got a great eye for talent and any moment now we’ll start seeing his development turning out some great new Broncos.”

While Edwards will make things better for the Broncos – and whomever is coaching them – it still leaves the masses of aspiring young league players in Southeast Queensland arguably without the proper development opportunities that they deserve, and that the game needs them to have.

“The Broncos need to lean their system down to focus on quality. A smaller system with real development pathways that really means something if you get into it, rather than just getting a t-shirt to show off to your mates,” Tookey says.

“Because right now I can’t tell a parent in good conscience that their kid signing with the Broncos is a good idea.

“And all the masses of talented juniors in greater Brisbane and surrounds need to have as many of the other NRL clubs looking to try and develop them as well, to give them opportunities, because that’s what they deserve – and it’s what our game needs.”

It will also have an impact on the game’s top tier. Nothing makes a Queenslander happier than beating New South Wales and the more of these aspiring juniors that make it to NRL level – regardless of the team they play for – the stronger the Maroons will be, meaning the better the chance of continuing to humiliate the Blues.

However, what should be of concern to the Broncos faithful is that their sides contingent of just two players in the Maroons side for Game One is the lowest contribution ever from the Red Hill team (excepting 1995 when the Super League players weren’t selected). Meanwhile, there are four ex-Broncos juniors who were let go in that same squad. It must really irk Broncos fans that not only has the junior development system been seemingly underperforming but that when it has developed great players – like Jarrod Wallace, Jai Arrow, Dane Gagai and Ben Hunt – they are being released in favour of importing the likes of Jack Bird, Adam Blair and Ben Barba.

You can bet Cyril Connell wouldn’t have liked it either.

And you can also bet that if Craig Bellamy does return to take over the Broncos, he’ll be looking to make some changes in the way that the organisation develops and retains juniors, because it is clearly something he knows the value of.