There was much to be said two years ago, when Jorge Lorenzo announced that he would be leaving Yamaha for a multi-million dollar deal with Ducati ahead of the 2017 season.

While there was some optimism regarding the switch, much of the discussion centred around comparisons between the three-time world champion and the ill-fated move from his great adversary in Valentino Rossi from Yamaha to Ducati back in 2011.

A year and a half later, with no wins and not even a handful of podiums aboard the Desmosedici, the 31-year-old Spaniard stands upon the brink of deciding where his future lies in MotoGP – which will also define his legacy.

The move to Ducati in 2017, following another toxic partnership with Rossi since the enigmatic Italian returned to Yamaha in 2013, was almost earmarked a failure from the moment Lorenzo mounted the bike during the post-season Valencia test in 2016.

Since then, it appears that there have been little inroads made on the Spaniard’s side of the garage, with Lorenzo still struggling to gel with his machinery. All while his teammate and Ducati stalwart Andrea Dovizioso emerged last year upon the Desmosedici as a genuine title contender.

Dovizioso, who has recently put pen to paper on a new deal to keep him at the Borgo Panigale manufacturer, went as far as remarking that Lorenzo’s “type of approach doesn’t work at Ducati,” summarising that to get the most out of that bike – the rider must adapt to it, rather than have it adapt to him. 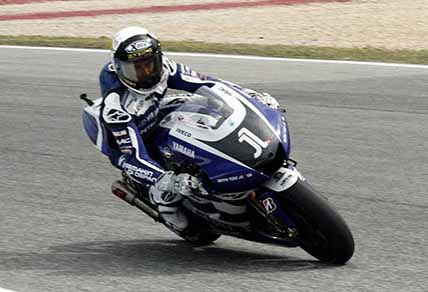 Regardless of whether this reluctance from the Spaniard has hampered this tenure at Ducati or not, what’s clear is that there seems to be little avenue to rectify where the former world champion finds himself.

With his contract expiring at the end of this season, staying at Ducati is an option for the proud Lorenzo, though having rightly pooled their strength towards Dovizioso as being their leader – it seems unlikely that Jorge will allow himself to be marginalised.

Therefore, pursuing Danilo Petrucci or Aussie Jack Miller, who currently ride for Ducati’s satellite Pramac outfit, will be a more affordable option for the Italian manufacturer – as they will not break the bank again for Lorenzo.

Up until the recent French Grand Prix, Lorenzo had been tied to a move to Suzuki to oust Andrea Iannone, whom which the Spaniard took over from at the factory Ducati team. However, that road has closed, with it likely the Hamamatsu marque will promote reigning Moto3 world champion Joan Mir to the premier class.

All factory options have already been sewn up, with the Espargaro brothers in Aleix and Pol having been retained by Aprilia and KTM respectively and the frenetic Frenchman in Johann Zarco earning a berth at KTM also.

Yamaha, despite their on-track struggles have locked in Rossi and Maverick Viñales for the next two seasons, while Honda will likely afford another deal to Dani Pedrosa alongside reigning world champion Marc Márquez.

This leaves little on the table for the 44-time grand prix winner in Lorenzo, whom even can’t score a gig at Aprilia as the Italian marque looks to seek Iannone once he’s given his marching orders from Suzuki.

Lorenzo may yet be consigned to a satellite team for 2018, which as unfathomable as it sounds, may be the reality to which the Spaniard must awaken to if he is to stay on the MotoGP grid beyond this season.

A schism within the management ranks at the Marc VDS squad could see a shakeup of their operation in 2019, with a possibility of them taking up the customer Yamaha M1s vacated by Tech3 at the end of the year to replace their current supply of Hondas.

If indeed the Spaniard ends up back onboard an YZR-M1, it would be a great irony and perhaps a further stain upon his legacy, if the Ducati excursion already hasn’t damaged it.

What’s clear is that returning to the factory Yamaha team won’t be possible for Lorenzo, not while Rossi is still present. Though at the end of all this, the seven-time premier class champion, while pining for an eighth, will be having the last laugh considering the pair’s fraught history.

Its only a matter of time then, until the future is known for Lorenzo. Whatever the outcome is, it will define the three-time world champion’s legacy in MotoGP – one way or another.

All the preseason chatter and speculation has at last come to an end, with the lights going out on a new season of the Supercars Championship at the traditional Adelaide 500 street race.

Supercars can race on without Holden

On the eve of what promises to be another captivating season for the Virgin Australia Supercars championship, the news broke like a stab to the heart – that General Motors will be retiring the Holden brand at the end of 2020.

Supercars can race on without Holden

With the demise of Holden dominating the headlines in the run-up to the start of the 2020 Supercars season, the time for the cars and drivers to take centre stage has come at the curtain raising Adelaide 500.

In quiet moments late at night, Supercars CEO Sean Seamer must surely ask himself the question: “What else can happen?”