The Eagles fluff their lines as the Bunnies take centre stage

Manly have missed a golden opportunity to stay at least remotely connected to the top eight with an uninspiring loss to the Cowboys at Lottoland.

Thursday night matches can sometimes have something of a lacklustre feel, particularly when the frigid weather sets in. Any sadists hoping for that scenario to play out would not have been disappointed on Thursday night.

With a host of Origin players in camp as well as the unpredictability of the draw that saw two teams in the bottom four do battle, Thursday night become justifiably forgettable.

At season’s end, the North Queensland Cowboys might be the only people that remember the night at all, as two understrength teams nervously and uninspiringly poked and prodded in search of a pair of precious premiership points.

Thankfully, two men salvaged the night and had something special to share. Jason Taumalolo decided to carry the ball 25 times and run for 268 metres.

Sounds fairly normal when said so simply yet it was an astonishing performance.

The best forward in the game seemed to sense that those around him were becoming a little sceptical and he took the Lilliputians in the palm of his enormous Gulliver-like hand and carried them to victory.

He was ably assisted by a cheeky young fella in headgear, returning from injury after a start to the season that saw many question whether his use-by-date had perhaps arrived.

It wasn’t vintage Johnathan Thurston, but he was bloody good. With far more responsibility falling to him with Michael Morgan unavailable, JT’s passing game posed questions to the defence and his precision kicking late in the count came up trumps on numerous occasions. 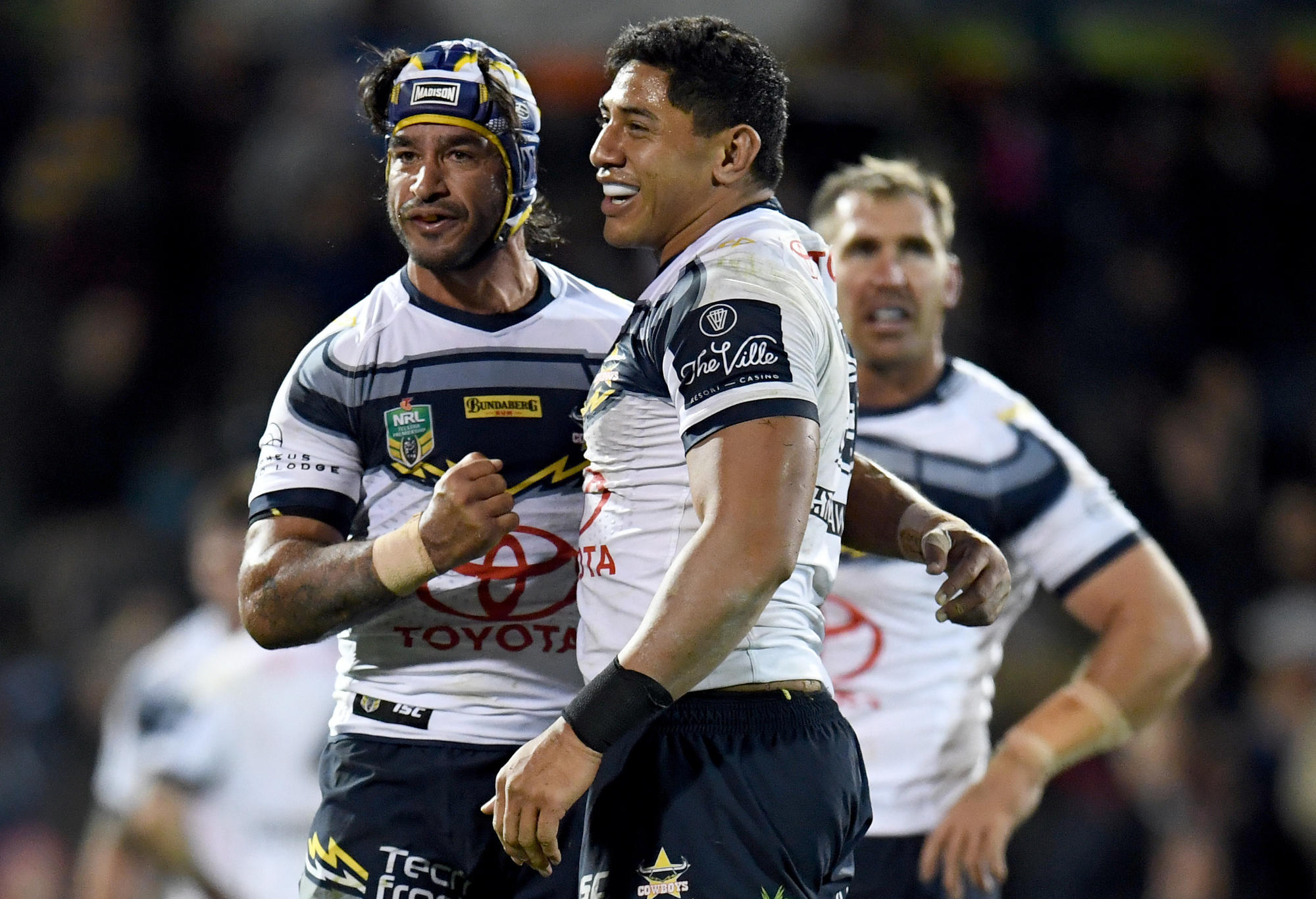 The Cowboys were far from brilliant yet the Eagles seemed far from interested and lacked attacking options without the brothers Trbojevic.

Despite the Eagles pulling back an eight point half time deficit and getting within four after 58 minutes, the Cowboys kicked away comfortably in the last half-hour of the match to set up a comfortable fourteen point win.

If the professional display of the Cowboys can be replicated in coming weeks they should climb a few rungs on the ladder and will have sneaky hopes of squeezing into the eight come seasons end.

If they do, the cellar will take on an incredible shape with Manly, Canterbury and Parramatta looking a likely bottom three at this stage of the year. I don’t think we are in the 80s anymore Toto!

Friday night saw a juicy clash between the Bunnies and the Sharks at ANZ. A match I hoped to attend, but didn’t.

Despite best intentions, the frightful weather saw me stay indoors and evaluate the game from home rather that the live atmosphere of the ground.

At times, I felt I had made the right decision after some uninspiring football in the first forty minutes.

Cronulla offered little in the first half after kicking an early penalty goal and the Bunnies responded with two of their own and a try to Thomas Burgess that saw them take an eight point lead into the break.

Souths looked far more likely and the Sharks, despite their efforts and diligence, failed to impose a serious threat to the Bunnies line. In fact, there were times where the Cronulla line-up seemed completely disconnected and pass after pass hit the turf rather than the intended player. 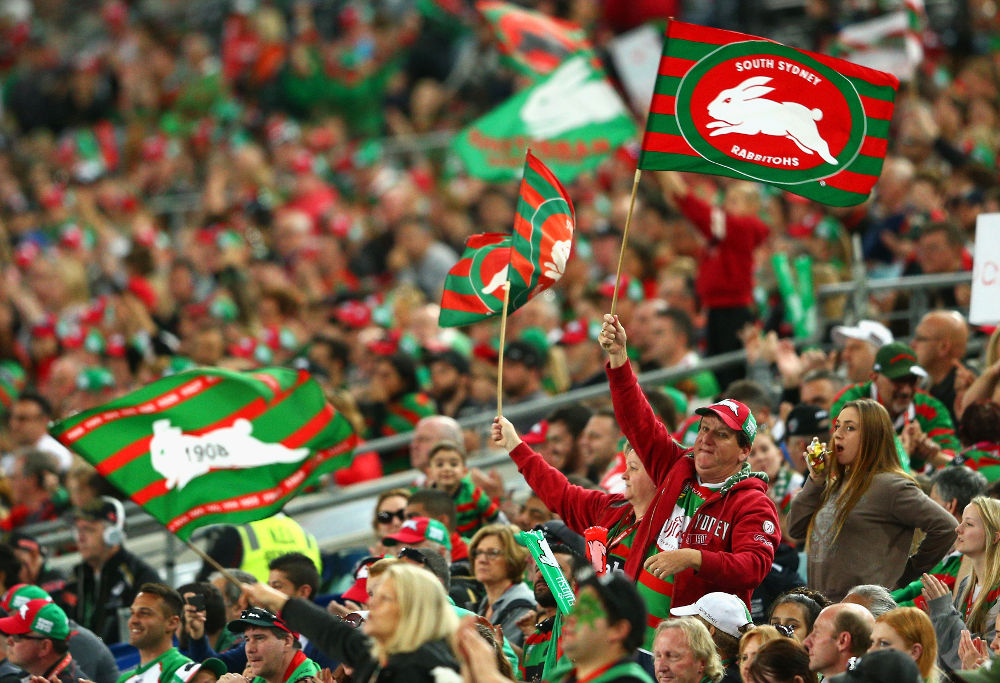 As if to NRL script, the Sharks mounted something of a madcap comeback. It was a resurgence that never really gathered momentum until the late try to Sione Katoa brought them within eight points, after the conversion from Chad Townsend.

The rejuvenation would have had Sharks fans wondering where the attack had been for the first seventy minutes that had seen them rustle up a measly two points.

With both teams surging towards a top-four position after a month of solid football, it was a real statement for the Bunnies. After five wins in succession, the Sharks had rights to feel well and truly involved in the premiership dialogue.

The Bunnies may just have put a serious dent in those aspirations on a cold night at ANZ were the South Sydney Rabbitohs continued their impressive rise in 2018.