Blake Ferguson has shaken off a blunder-filled first half to lead a depleted Sydney Roosters to a heart-stopping 16-14 NRL defeat of the Wests Tigers.

Ferguson turned in a rocks-and-diamonds display at Allianz Stadium on Sunday, mixing errors with a skilful one-handed pass for Daniel Tupou’s second try and a game-saving tackle on a rampaging Mahe Fonau in the last play of the game.

With the Roosters missing Boyd Cordner, James Tedesco, Latrell Mitchell and Dylan Napa because of State of Origin duty, Trent Robinson’s men ensured they stayed in the top eight at the expense of the Tigers.

The Roosters looked to be headed to victory, leading 14-2 with 20 minutes remaining.

However Ivan Cleary’s men refused to give up with tries to Tim Grant and Josh Reynolds setting up one of the most exciting finishes of the year.

The Roosters just held on with Tupou denying Corey Thompson thanks to a desperate tackle in the corner with just over a minute to go, turning the tables on the Tigers winger after he scored the match-winner in the corresponding game in round one.

Ferguson then put his body on the line to deny Fonua who looked to be steaming to the line.

He told Triple M after the game that he was disappointed at being dropped by NSW and not to receive a phone call from Blues coach Brad Fittler. He refused to talk to journalists in the sheds afterwards.

Ferguson was frequently jeered by the Roosters faithful after a series of fundamental errors filling in for Tedesco at fullback.

He dropped the first bomb of the game, nearly cost his side when he made a mess of a Benji Marshall grubber and put a kick-off dead from a re-start.

However sections of the 11,182-strong crowd chanted his name as he came from the field at halftime after booting a sideline penalty conversion to give the Roosters a 10-2 lead.

He then gave the Roosters a nice buffer when he took on the line and threw an offload to send Tupou over in the 57th minute to make it 14-2.

Ferguson almost blew it all when he dropped the ball cold just metres out from his own line however Elijah Taylor was penalised for not being square at marker.

On the back of their fifth loss in seven weeks, the Tigers dropped out of the top eight for the first time this year.

“It wasn’t thrilling for me,” Cleary said.

“The positive thing about our team is that we never give up.

“But the negative is we put ourselves in a position where we had to come from behind and stage a big comeback.”

The Tigers also have concerns over winger David Nofoaluma who suffered a calf injury in the first half and failed to return.

Craig Fitzgibbon not available until 2022?

It’s being reported that due to a handshake agreement with both Trent Robinson and Nick Politis, Craig Fitzgibbon will not consider leaving the Roosters until the end of the 2021 season. 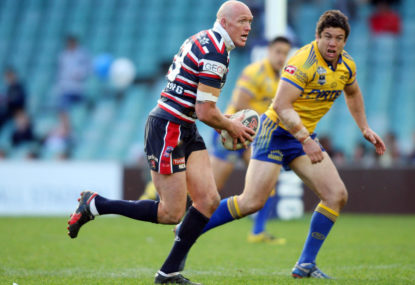 Craig Fitzgibbon not available until 2022?

Now in his eighth year of coaching in the NRL, some would argue Sydney Roosters coach Trent Robinson has had pretty smooth sailing.

The NRL will independently check the Bankwest Stadium playing surface before clearance is given for Parramatta to host Canberra there on Saturday night. 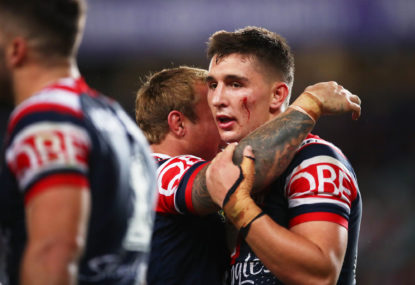