One of the most intriguing matches in recent French Open history will see the returning Serena Williams do battle with an in-form Maria Sharapova. Join The Roar for live scores from around 11pm (AEST).

This match-up has historically not been a friendly one for Sharapova. Over a long career, which has included both players taking time out of the sport in recent times, Serena has won 19 of their 21 meetings.

Williams hasn’t dropped so much as a set in their last 7 meetings, with per powerful style and big hitting, as well as strong court movement, getting her over the top of Sharapova with ease more often than not.

The biggest question mark surround the return to tennis for Williams was always going to be around her court movement, but she is handling with ease. While it was a slow start in the second round against Australian Ashleigh Barty which will most worry her, she moved on from that promptly, winning the second set after getting a break back and then going on to dominate the third.

When Williams gets on a roll with momentum and the crowd behind her, she is almost impossible to stop on any surface.

Yet, Sharapova has always been strong on the clay courts of Roland Garros. She has won the tournament twice, although the only time this duo have met in Paris saw Williams come away with the trophy after a 6-4, 6-4 beating in 2013.

The Russian, who was suspended from the sport for 15 months after testing positive for meldonium has worked her way back up the rankings in strong fashion, reaching the top 30 for the French Open. After a quarter-final run in Madrid and semi-final push in Rome, she has lost just a single set in Paris, with that coming during the first round.

Since then, she has barely been put under pressure and spectacularly deposited of Karolina Pliskova during the third round 6-2, 6-1.

The winner of this match will advance to the quarter-finals where a likely showdown with Spanish third seed and former champion Garbine Muguruza looms, so long as she can get past Lesia Tsurenko in her own fourth round match as expected.

Prediction
This is a difficult match to tip. It’s nearly impossible to say who comes out with momentum and gets on top of their opponent, but with the way Serena has played since the middle of the Barty match in the second round, it’s hard to see anyone getting over the top of the American at the moment.

Be sure to join The Roar for live scores of this fourth-round match at the French Open from around 11pm (AEST) or at the completion of Rafael Nadal versus Maximilian Marter on the centre court and don’t forget to drop a comment in the section below. 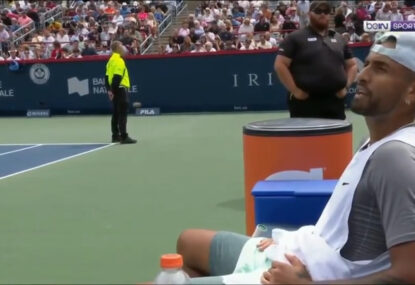 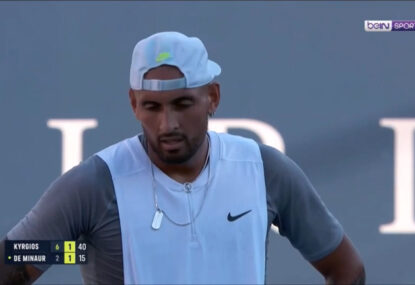