The Liebke Ratings: State of Origin One

Oh my goodness. It’s time for another State of Origin series. And as has become tradition in recent years, we’re kicking off this 2018th clash between the Blues and Maroons with ‘Game One’.

Here are the ratings for the first State of Origin 2018.

Everybody knows that the best place for New South Wales and Queensland to settle their age-old rivalry is at the Melbourne Cricket Ground, known all around the world as The Home of Rugby Keague.

Who can forget the previous great State of Origin fixtures to have been played at The ‘G? Like the time the first scrum of the match erupted in an all-in brawl so brutal and all-encompassing that not a single Victorian in attendance could distinguish between it and the actual game?

Or the time 91,000 Melbournians witnessed the improbable sight of Michael Jennings winning a man of the match award? Or, uh, the time Boonie took a catch on his birthday to give Shane Warne a hat trick?

Great rugby league memories, one and all.

Changings of the Guard
Grade: B-

New South Wales had famously achieved a previously unthinkable record of eight series runners up finishes in a row and eleven of the past twelve. But at long last, Queensland’s understandable despair at being unable to break the Blues’ stranglehold on the second place ranking appeared to be at an end.

Thanks to more retiring than an illiterate Bob Jane T-Mart dealership, Queensland were suddenly without many of the key players who had seen them clumsily stumble their way to victory over and over again throughout the years. And if anybody could lead Queensland to the 2018 silver medal spot they so desperately craved, it was surely new captain Greg Inglis, a man so keen to understand the New South Wales way of thinking that he’d been born, raised and qualified to play there. 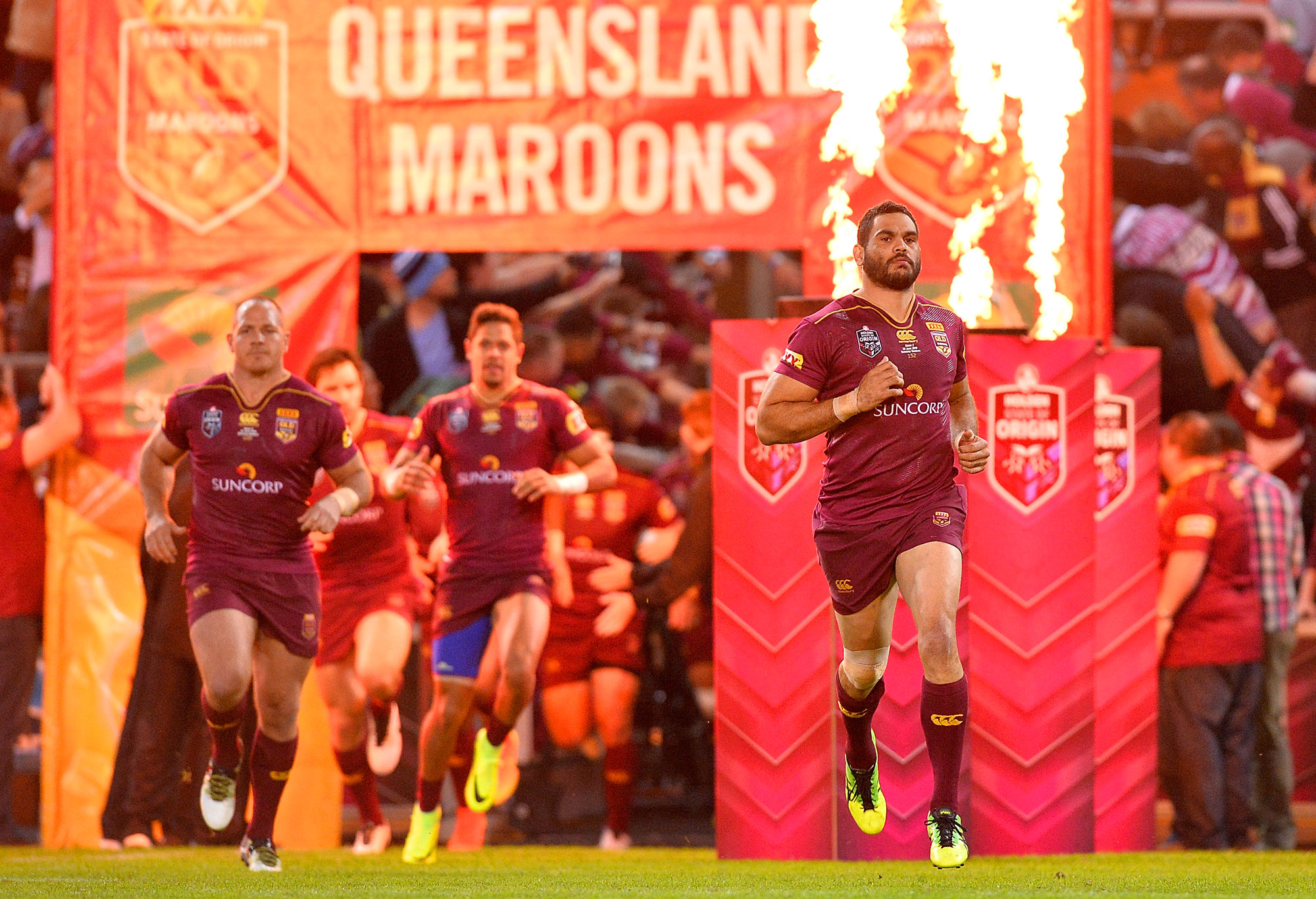 Greg Inglis of the Maroons (Photo by Bradley Kanaris/Getty Images)

Not to be outdone, New South Wales decided to double down on their core strength – inexperience. A brand new coach in Brad ‘Freddie’ Fittler brought in eleven brand new players all also nicknamed ‘Freddie’ in the hope that their rawness at Origin level could see them come up short one final time.

Queensland began with all the early field position. This was mostly due to a good Munster-Hunt kicking game, which sounds almost exactly like a short-lived Pokemon spinoff from a few years ago.

Despite this, New South Wales scored the first try of the game when Damien ‘Freddie’ Cook zipped out of dummy half to create a break that saw James ‘Freddie’ Tedesco score.

Suddenly New South Wales were 8-0 up and dominating all aspects of the game. But something about it didn’t feel quite the same without Mitchell Pearce inexplicably kicking the ball dead on the fourth tackle. So James ‘Freddie’ Maloney took it upon himself to throw an intercept pass to Valentine Holmes who immediately ran 90m to score.

Great work from Maloney to throw the final pass for both first half tries, which saw New South Wales go into halftime with a slender 8-6 lead.

Queensland took the lead 12-8 early in the second half after Dane Gagai scored yet another try for the Maroons. Gagai has now scored, I dunno, 45 tries in four games or something. Ridiculous stuff. Is he the greediest player in Origin history? Sadly, the answer seems to be ‘yes’.

But the naive Blues youngsters were too inexperienced to know that they were supposed to panic from this position. Instead, Latrell ‘Freddie’ Mitchell sensibly levelled the scores with a try in the corner, despite the on-field referee sending it to the Bunker with a ‘no try’ signal. Would The Bunker have so confidently overruled the decision had it been the recently retired Queensland referee Cameron Smith who’d sent it up there? We may never know. 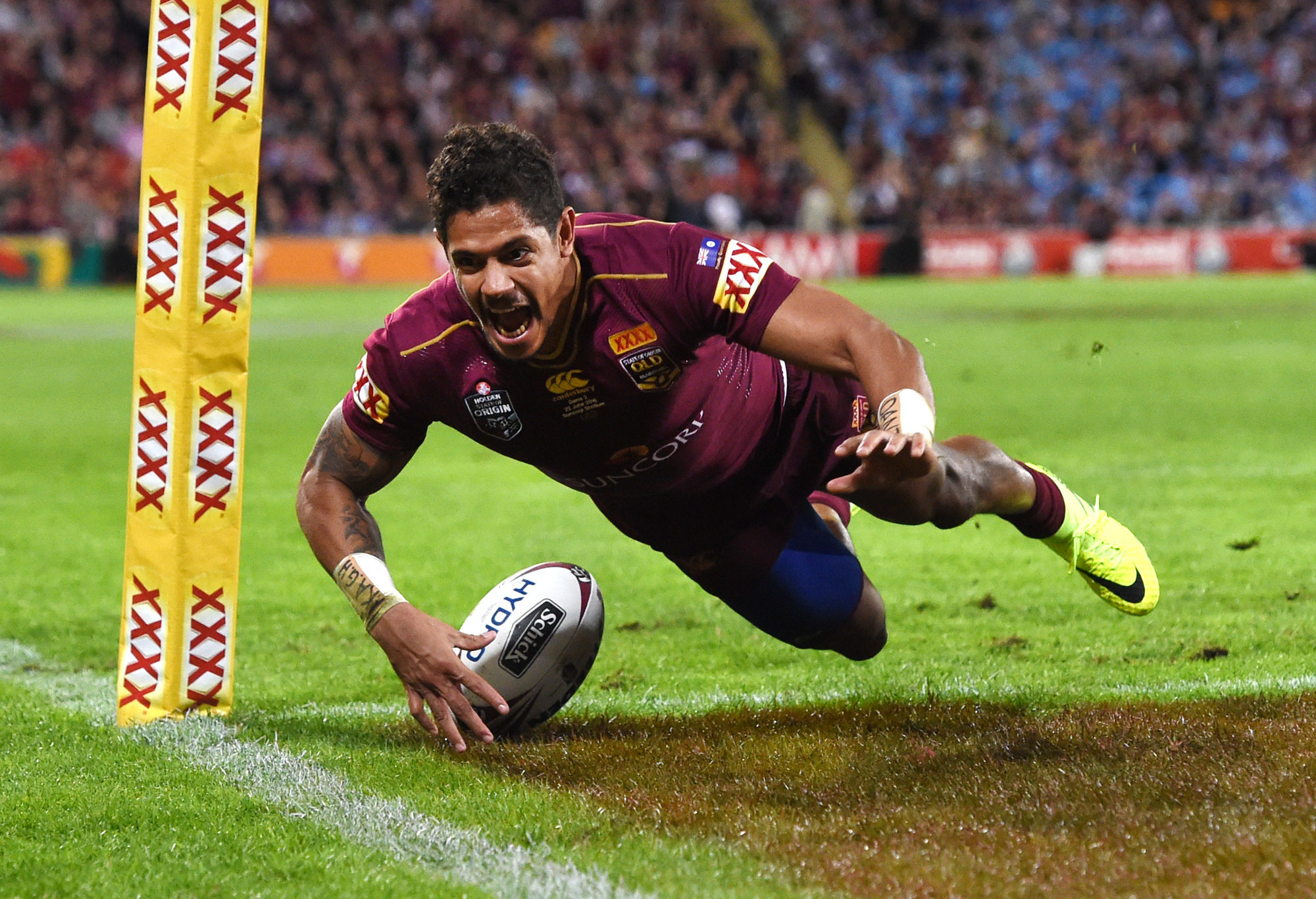 With scores level at 12-12, Tedesco made a sharp break that had the Queensland defence in disarray, and led to Tom ‘Freddie’ Trbojevic scoring from a bomb next tackle.

People said the Blues selection panel were mad to pick the brothers Trbojevic based solely on how much they reminded them of a Dostoyevsky novel title. And yet, for once, the literary predilections of seasoned rugby league professionals had been rewarded.

Then, with ten minutes remaining in the match, it was Tedesco again who split the Queensland defence, pinballing his way down the field before Josh ‘Freddie’ Addo-Carr scored in the corner. It was a brilliant try and a perfect way to set up New South Wales’ inevitable soul-shattering last-minute defeat.

Bizarrely, however, Queensland were unable to bridge the 22-12 margin and Tedesco was deemed man of the match for his outstanding attacking display. Fair enough, I suppose. But perhaps a more out-of-the-box form of recognition might have been justified given the circumstances. Because what almost everybody was talking about at the end of the game was the truly amazing spectacle of the MCG, a breathtaking sight that had left all rugby league fans abuzz.

And when I say ‘the MCG’, I obviously mean ‘the Moustachioed Campbell-Gillard’.

That dude is magnificent.