Can the Demons get enough Goodwins to Lever themselves into the finals?

Not many people would have predicted that the Melbourne Football Club would be fifth on the ladder, having won eight games, by the end of Round 12 of the 2018 AFL season.

History indicates that sides hoping to make the finals need 12 wins, so it would seem that this could be the year that Melbourne end their 11-year finals drought. However, it wouldn’t surprise long-suffering Demons supporters if they collapsed into a form slump after the bye and ultimately missed the top eight by the end of the season.

Remember Round 23 last year? Melbourne had to beat Collingwood in order to qualify for the finals. Collingwood were out of finals contention and there were whispers that their coach, Nathan Buckley, would be sacked. This was supposed to be a guaranteed win for the Demons.

Unfortunately Melbourne lost the game and the opportunity to play finals when West Coast won against Adelaide.

This season is an opportunity for Melbourne to redeem themselves, and it would seem that they have the talent and form to contend. Melbourne has recorded solid wins against Brisbane (26 points), North Melbourne (37 points), Essendon (six goals), St Kilda (39 points), Gold Coast (69 points), Carlton (109 points), Adelaide (91 points) and the Western Bulldogs (49 points).

Aside from North Melbourne, none of those teams currently occupy a spot in the top eight, which means that these wins might sound impressive, but are actually the result of a favourable draw. 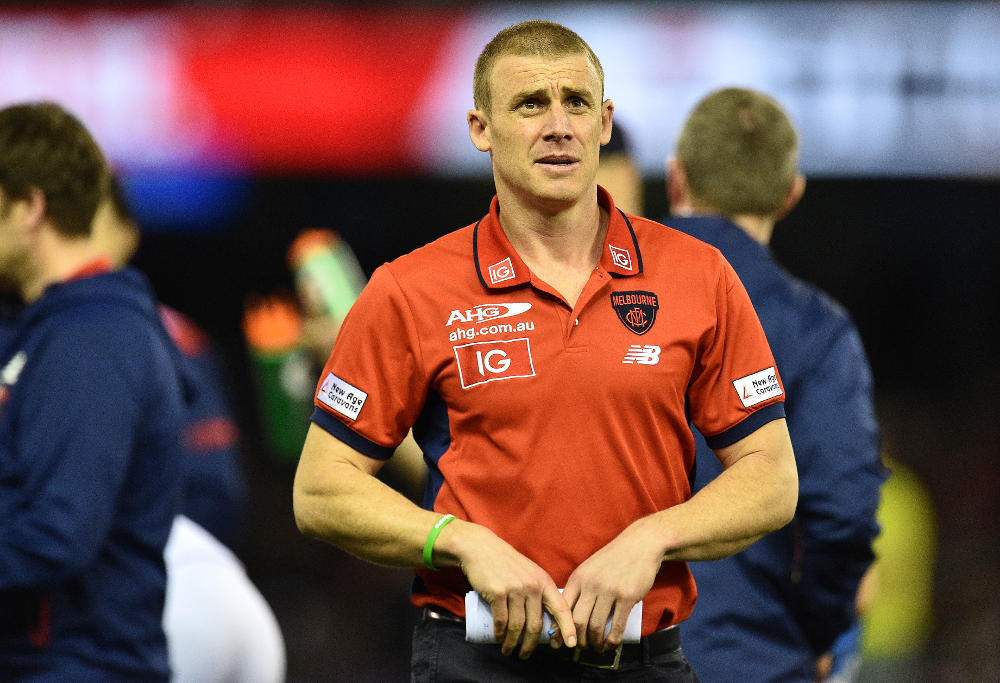 While they are one of the premiership favourites, the form they have displayed against other top eight sides has been mediocre, suggesting that if they do make the finals, they will make up the numbers.

For example, Melbourne lost narrowly to the Geelong Cats (three points) and were comfortably beaten by the Richmond Tigers (46 points) and the Collingwood Magpies (seven goals). They were also thrashed by the 11th placed Hawthorn to the tune of 67 points.

Essentially Melbourne still has work to do in order to challenge for the flag.

In addition, Melbourne’s premierships hopes suffered a setback during their comfortable win against the Western Bulldogs in Round 11 when key defender Jake Lever ruptured his anterior cruciate ligament. Lever was an important factor in the Demons resurgence this season and will be sorely missed.

The Melbourne Football Club is at a crossroads. Their coach, Simon Goodwin, needs to develop a defensive game plan that will prevent good sides from piling on goals once they get a run, which was clearly and frustratingly evident during the Queen’s Birthday clash and their comprehensive losses to Hawthorn and Richmond.

Their players need to contest and remain positive when the game is not being played on their terms. I doubt that the Demons have the hunger, determination and belief to make the top four. 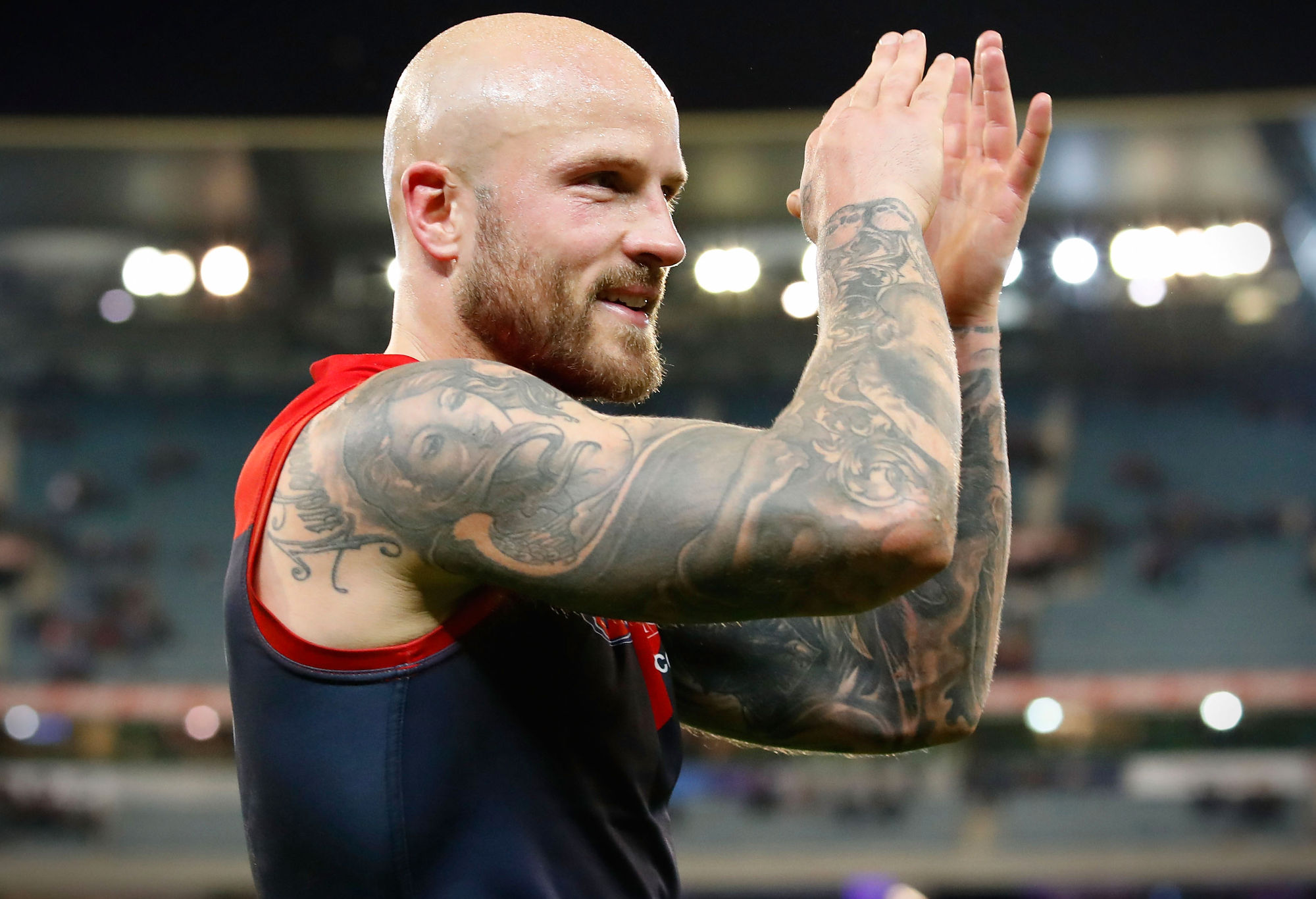 Round 14: Port Adelaide Power at Adelaide Oval
This game could go either way, but on recent form, I believe that Port Adelaide will win the inaugural ‘Jack Watts Cup’ as they have just got over the line against reigning premiers Richmond, whereas Melbourne looked unimpressive in their loss against the Magpies. The home ground advantage that the Adelaide Oval provides should be enough to enable Port Adelaide to power past the Demons.

Round 15: St Kilda Saints at the MCG
St Kilda have been diabolical this season. While Melbourne have had their faults, they have looked impressive for the most part and should dispatch of the hapless Saints without breaking a sweat. This could get ugly for St Kilda.

Round 16: Fremantle Dockers at TIO Stadium
Fremantle have been unable to pick up any wins away from home this season whereas Melbourne have won all of their interstate matches. Melbourne have also displayed far more consistency than the Dockers, as they have won six matches in a row whereas Fremantle have struggled to string together two wins in succession. There is a clear chasm between the two sides. On paper, Melbourne should win easily.

Round 17: Western Bulldogs at the MCG
The Western Bulldogs seem to be unable to play four quarters against competent sides this season. For example, they gave up early leads against Collingwood, Sydney and the Demons but ended up losing. As a result, this match might be a contest for a quarter or two, but Melbourne should end up winning without breaking a sweat when the Dogs inevitably run out of puff. 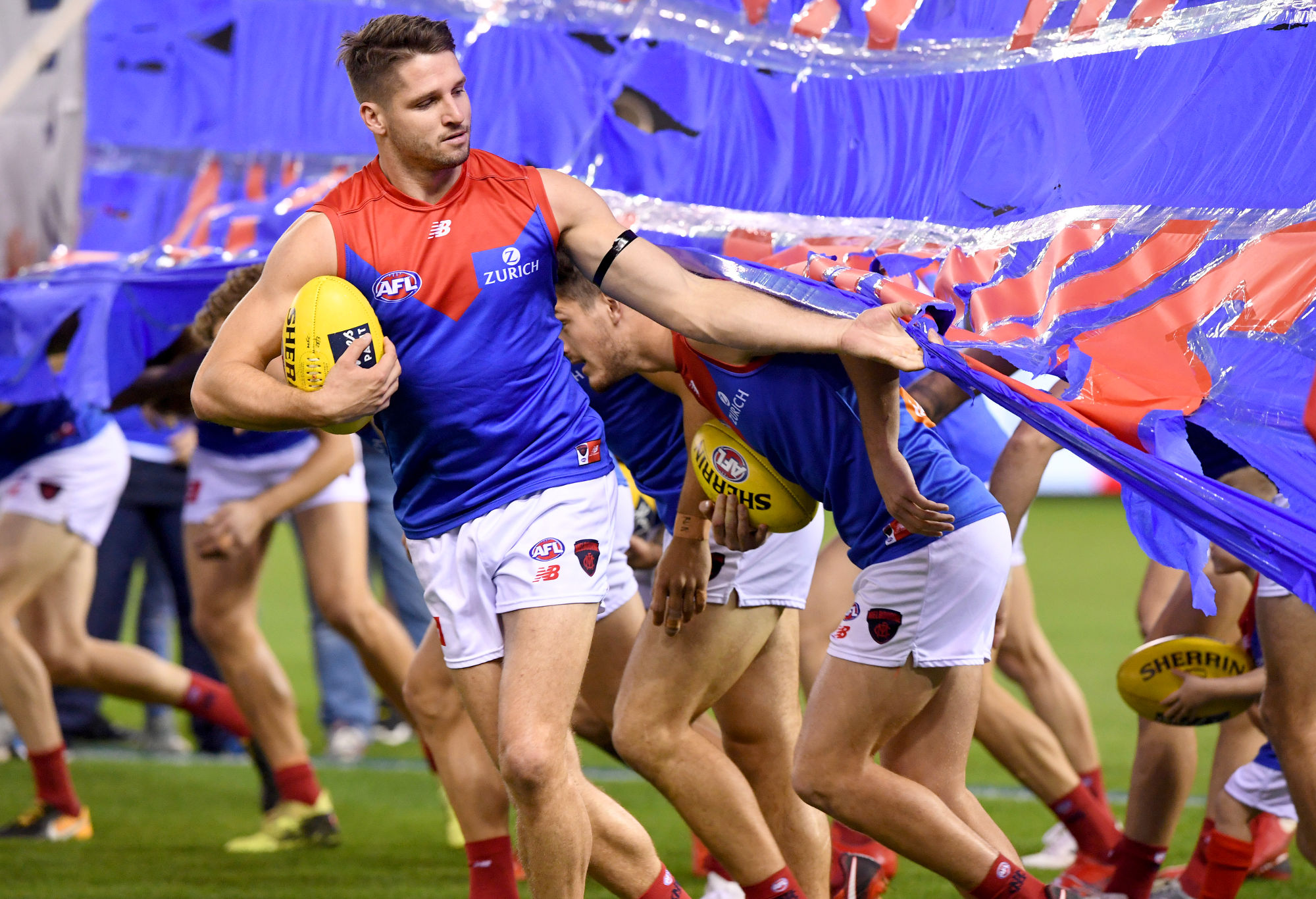 Round 18: Geelong Cats at GMHBA Stadium
Aside from their narrow loss to the Swans (17 points), Geelong seem to be unbeatable at GMHBA Stadium this season as they have comfortably accounted for the Saints (47 points), Giants (61 points), Blues (28 points) and Kangaroos (37 points). I can’t see the Demons bucking this trend.

Round 19: Adelaide Crows at the Adelaide Oval
Due to their horrific injury list, the Crows’ season is spiralling out of control. In addition, Melbourne thrashed Adelaide by 91 points at TIO Traeger Park earlier in the season. The Crows’ home ground advantage may result in a more competitive match, though the Demons should have too much firepower for their battered opponents to let this one slip.

Round 20: Gold Coast Suns at the MCG
The Suns’ form has been insipid, which should make them easy picking for the Demons at the MCG. Barring a disaster, Melbourne should gain a handy percentage boost.

Round 21: Sydney Swans at the MCG
Since the Demons thumped Sydney by 73 points in Round 17, 2010, they have been unable to taste victory against the Swans. Despite Melbourne’s home ground advantage, Sydney’s winning streak will continue.

Round 22: West Coast Eagles at Optus Stadium
While Melbourne’s loss to the Magpies revealed that there are cracks in the Demons’ armour, there is no doubt that West Coast is the form team. There is a clear chasm in terms of the talent between the two sides. This in addition to the home ground advantage and the ruthless nature in which West Coast have dispatched their opponents means that the Eagles will utterly dismantle the Demons in an ominous performance.

Round 23: GWS Giants at the MCG
I have a feeling that this game will be crucial for both teams’ finals hopes. While Melbourne have been more consistent than GWS this season, the Giants have experienced a purple patch that could make this match-up interesting. This game could go either way, though I think that the home-ground advantage should get the Demons over the line here, especially given the Giants poor record at the MCG. Their only wins recorded at the venue have been against the Demons in Round 21, 2014, and against Collingwood this year in Round 2. Melbourne should win this, but the Giants’ talent will ensure that this match will be a nail-biter.

Verdict
According to my calculations Melbourne should pick up at least six more wins, giving them a total of 14 wins, which guarantees that they will play in September. If this is the case, they may finish sixth, giving them a home final at the MCG.

However, Melbourne have had a history of dropping games that they looked certain to win, so there is no guarantee that this prediction will be accurate, especially without Jake Lever’s calming influence in defence. But surely even Melbourne couldn’t botch this opportunity?

The Melbourne Demons have condemned a Twitter user who racially vilified recruit Harley Bennell over the weekend. An offensive comment was posted to a video shared on the AFL’s Twitter account following the Demons’ win over Gold Coast on Saturday night. The tweet was later deleted by the user, who Melbourne believe isn’t a member […]