World Cup as good as a holiday for Australian football

Football’s showpiece in Russia looms as the perfect escape for a country still reeling from the shock loss of its one-time local messiah and a bloody administrative civil war.

An interim foreign coach, coupled with a largely unheralded playing squad has lent this Socceroos incarnation a welcome ‘all care, no responsibility’ feel.

Throw in the enduring charm of the World Cup and a nation still pinching itself at being apart, and you have just the tonic for jaded local fans of the round ball game.

I have previously called out as uninspiring FFA’s appointment of Bert Van Marwijk as a managerial placeholder following Ange Postecoglou’s still jaw-dropping exit.

Few could argue that the largely anonymous Dutchman has moved the needle in terms of drumming up World Cup excitement at home.

And yet if PR is not his strong suit, it must have been someone else’s idea for Van Marwijk to reveal he was paying certain members of his coaching staff, triggering a wave of national goodwill.

But it’s been the badly needed clean air Van Marwijk has ushered in that has gone a long way in justifying his appointment.

The Socceroos are now free of the drama that defined the last months of Postecoglou’s reign and the political baggage that would have inevitably come with a high profile local fill-in.

Not to mention the intense scrutiny that would have gone hand in hand with the alternative scenario of a World Cup campaign under a new permanent manager. Let alone – the already tried and failed – Graham Arnold, had he assumed the reins early.

While Van Marwijk remains a mystery after less than five months at the helm, more curious is that this Socceroos side is still a relative unknown. 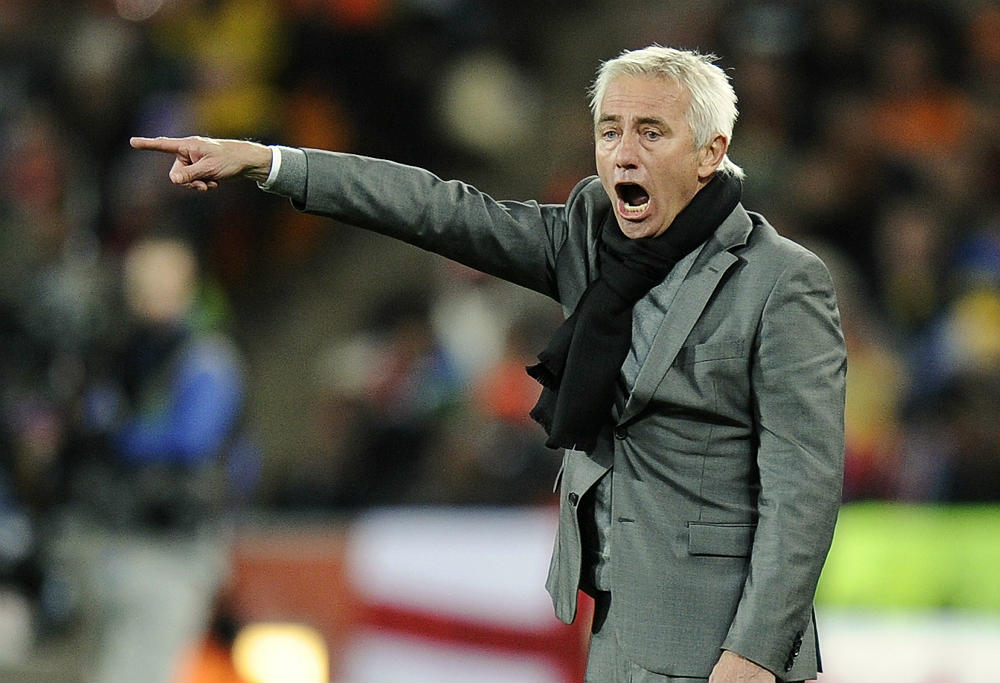 Battered by an underwhelming World Cup qualifying campaign and ultimately cut loose from its Postecoglou-moorings, the team has struggled to establish a clear identity.

Very real fears remain that World Cup hoopla, together with warm-up wins against unmotivated opposition has obscured the cracks that were in such plain sight during the team’s Norway nadir.

Yet, there is comfort in the odd symmetry about the playing roster.

Timmy Cahill, ‘the golden oldie’, and yet forever the baby-faced assassin that felled the Blue Samurai in Kaiserslautern and triggered that giddy Socceroo World Cup run in 2006.

Whether the Socceroos talisman has one last epic cameo to play in Russia – and Cahill’s storybook national career suggests it would be unwise to bet against it – his presence remains invaluable to this squad.

At the other end of the age scale, there is the precocious 19-year-old, Daniel Arzani.

While the age of a nation’s youngest player is of no real consequence, there is something surprisingly gratifying about the point of difference in Australia boasting the youngest player at such an event.

Arzani’s selection justified in offering the side a much needed offensive spark plug – on full display against the Hungarians – and this country a glimpse at the potential wunderkind it so desperately craves.

In between, a collection of players in the industrious Socceroo mould.

The tournament ceiling likely defined by Van Marwijk’s ability to hit on a midfield combination capable of shielding a shaky back four while also sparking an oftentimes toothless attack.

That and how the Socceroos ‘next-gen’ core of Aaron Mooy, Massimo Luongo, Tommy Rogic, Trent Sainsbury can co-adapt to their first taste of world football’s grandest stage.

Whether Australia is able to progress to the knockout stages, it has the ping-pong balls to thank for a riveting group.

The first game, a match-up against heavyweight France, is a mouth-watering prospect.

A loaded Les Bleus team represents a virtual free swing for the Socceroos, with an unlikely upset flipping the World Cup script for the Green and Gold.

Results against less fancied Denmark and Peru are achievable if the Socceroos are at their bustling best in Western Russia.

But for now, we wait in anticipation for a tournament this country lusted for after long enough not to take for granted.

Graham Arnold’s managerial inauguration and fast approaching Asian Cup can wait. So too a resolution to the deeply divisive FFA Congress reform issue.

It’s time to pack our bags.

Hi. Thank you for your email. Australian football is currently out of the office in Russia returning sometime in July. It will have limited access to email during this time and will respond to your email as soon as possible on its return.

The Socceroos will recommence their 2022 World Cup qualifying campaign this Thursday at AAMI Park when they host Vietnam in their seventh game of the third round of qualifying. 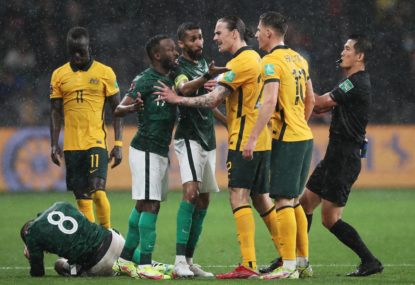 Socceroos coach Graham Arnold will sit out Wednesday’s crucial World Cup qualifier against Vietnam in Melbourne after testing positive for COVID-19. The 58-year-old is isolating at the team’s hotel in a blow to Australia’s preparations for the clash at AAMI Park as his squad begin to assemble in Victoria. Football Australia said in a statement […]