Refereeing the All Blacks

The All Blacks have deservedly won the last two Rugby World Cups. They are generally acknowledged as being the best team in modern sport.

There is, however, one blot on their record: an ever-increasing number of very marginal – if not totally incorrect – refereeing decisions that go their way.

Of course, poor refereeing is not New Zealand’s fault. I am sure that, at times, the All Blacks are left scratching their heads too.

It is also fair to say bad mistakes by officials sometimes hurt the world champions too. For example, the final moments of the third Lions test when the Kiwis were wrongly denied a penalty cost New Zealand a series win.

But increasingly there is a feeling worldwide that bad decisions are not balancing out, that referees are often overwhelmed by occasions involving the men in black and prone to making howlers at key junctures in contests.

Major figures in the game, from England, France, Scotland and South Africa, have highlighted the issue. Are they motivated by simple jealousy or a genuine grievance?

Clive Woodward went so far as to argue that France would have won if the Rugby World Cup final in 2011 at Eden Park had been “refereed properly”. He went on to say, “If I had been the coach of France in that game, I would still be apoplectic to this day”.

In a slightly more balanced summation, France scrum-half Dimitri Yachvili commented after his side’s loss that, “The referee was under a lot of pressure, he did not want us to win. That said, I think New Zealand deserved their win because they are the best team in the world.” 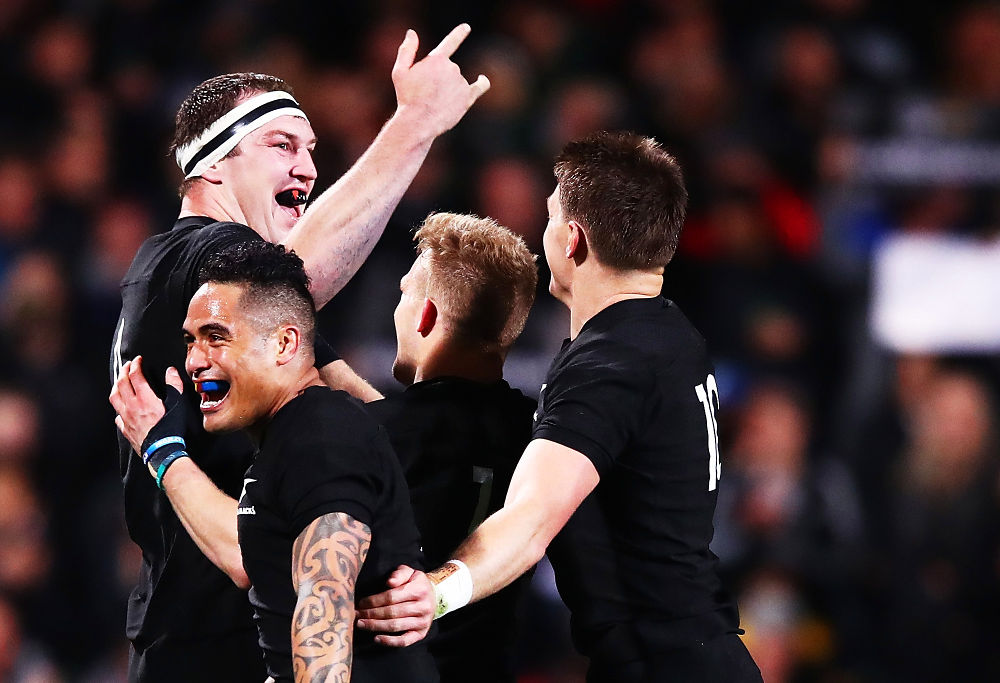 An Englishman defending a French national side is certainly something of an anomaly, but many of us watching that final in 2011 must have been feeling at least similar emotions. One Richie McCaw turnover in the final five minutes of the game was blatantly from an offside position and quite possibly cost the French the most famous of victories.

Bismarck du Plessis’ sending off at Eden Park in 2013 was another atrocious decision. Firstly, Du Plessis was yellow-carded for a legitimate tackle on Dan Carter in the 13th minute just as the game was exploding into a classic.

Then, he was sent from the field for a second yellow card in the 42nd minute, ensuring that South Africa played with 14 men for 48 minutes of a test match that had remained finely balanced until then.

The Scots too have been enraged by supposed favouritism directed towards the All Blacks by referees.

During the end-of-year tests in 2017, Jonny Gray and most of Murrayfield were left gobsmacked when Kieran Read desperately knocked a ball free from Gray’s hands as a try loomed in the 72nd minute of an epic test.

The referee decided Gray had knocked the ball on and reverted to a penalty. Instead, advantage should have been paid and Read sent from the field. New Zealand would have been left to play the last seven minutes with 14 men, ahead by only five points.

The latest refereeing howler to effect a game came just last Saturday in the first test between France and New Zealand. French lock Paul Gabrillagues was wrongly yellow-carded for a high tackle at a point when France were even with the All Blacks on the scoreboard.

New Zealand went on to score 41 points in the remaining 28 minutes.

To add insult to injury the French winger Remy Grosso was hospitalised by an illegal, albeit accidental, tackle. There was no on-field sanction.

New Zealand have undoubtedly been the best side over the past ten years. They have earned the right to be respected. Referees do seem to give them the benefit of the doubt in instances where decisions are line-ball. That is a product of them being so good.

More worrying is the trend of crowds dictating refereeing decisions and reacting to big screen replays. The incorrect sending-offs of Du Plessis and Gabrillagues were heavily influenced by reactions from the crowd.

Is any of that New Zealand’s fault? No. But the World Rugby must take stock.