The Wallabies and their kicking game

Ever since Michael Cheika took the reigns at the Waratahs in 2013 he has strived to build a clear rugby identity for his teams and players.

Cheika is a man who loves a mantra, and one that has been echoing around rugby grounds across Australia since Cheika’s arrival has been ‘running rugby’.

Running rugby, in a nutshell, means that Cheika always wants his teams to look to attack – wherever they are on the field.

The view is that historically Australian rugby teams and players have been geared towards a fast tempo ball-in-hand game that uses speed, agility and power to run over, around, and through opponents.

This is in contrast to the more traditional approach that uses kicking as a main tactical option to gain territory and apply pressure.

Initially, this running rugby mantra seemed to be a shot in the arm for Australian rugby and it came at a time where the Wallabies and Australian Super Rugby franchises had a tendency to kick quality ball away for no good reason.

This injection of new energy and focus lead to the Waratahs epic 2014 title run and the Wallabies making it to the 2015 World Cup final.

Since then, however, the effectiveness of the running rugby mantra has worn off. Most opposing teams had got the message about the Wallabies chosen style of play.

This, because it was trumpeted by Cheika so often, and with so many core players leaving the Wallabies to retire, or get their fat end of career paychecks in Europe, Cheika was left in quite a predicament.

Cheika had to quickly uncover new talent, skill them up to international level and train them in the Wallabies style of play. In the meantime, his opponents were quickly figuring out how to exploit the flaws in running rugby.

The flaws were almost too easy for teams to adjust and when kicking the ball is so obviously shunned by a team then defence becomes a lot easier.

You don’t have to worry too much about covering the space in behind the defence for short kicks, so you can task your defensive line with putting pressure on the halves and cutting off passing options.

Couple this with giving your back row the mandate to cause havoc at the ruck and it becomes almost impossible for a team to efficiently run exit plays or get the quick ball and space needed for running rugby to be effective.

This is what happened after the 2015 World Cup, opponents wised up (particularly the All Blacks, England, Scotland and Ireland) and Cheika blooded the new Wallabies who were trying to find the right talent to fill the obvious gaps. 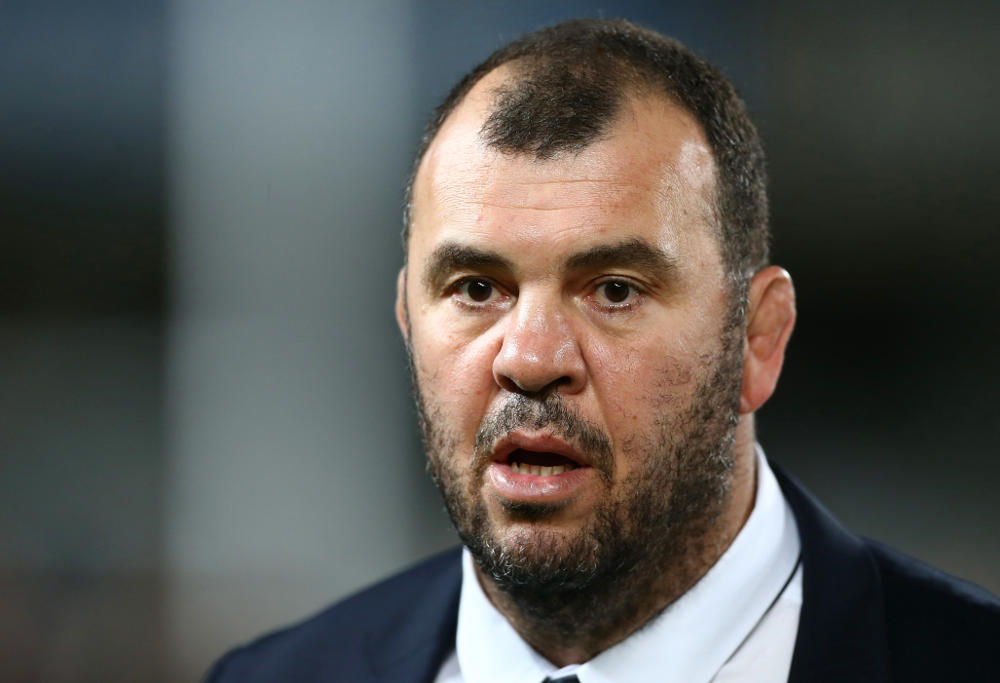 The Wallabies win rate dropped from 83.3% in 2015 to just 40% in 2016. This 40% win rate was even worse than the 42.9% achieved in 2014, a year which saw Ewan McKenzie’s shock resignation after a heartbreaking capitulation to the All Blacks in Brisbane which left the Wallabies establishment is disarray.

Sure, you can point to the Wallabies playing the two form sides in the world (England and New Zealand) six times in 2016 as the reason for this abysmal win rate, but there are no excuses at international level, especially when you want to be the best.

By the end of 2016 the message to Cheika was clear: adapt or die.

In 2017 Cheika looked to the United States for answers and attended a top leadership course at Stanford University as well as a string of conferences at the annual South by Southwest festival in Austin, Texas (yes, it’s not just a music festival).

He has since used his learning’s and ideas to help guide his role at the Wallabies, even directly crediting the Stanford University course with changing his entire approach to team selection.

He recently wrote in a Players Voice article, “[The Stanford University course] got me thinking that maybe I had to change the way I looked at selections.

“Maybe my own subconscious bias was influencing how I picked teams. So we changed the way we looked at selection.

“We introduced new criteria based on three categories: purely objective data that no one can argue with; partially objective factors like how we want things to be done and scored and analysed; and then fully subjective data, gut-feel stuff, questions like, ‘What was that guy’s attitude like?’

“We layer those three across all the players when we’re selecting a squad or a team.”

While it’s all well and good to gain additional coaching skills and sort your selection policies, it must translate into actions on the rugby field.

The weekend win against Ireland proves that Cheika has been trying to adapt his running rugby game plan into one that isn’t so one dimensional.

With Dane Haylett-Petty and particularly Israel Folau in the team, the Wallabies have a clear advantage in the air over every team in world rugby – something that hasn’t been properly exploited by the Wallabies in Cheika’s tenure.

The end of last year saw the Wallabies starting to shift away from their ball-in-hand-centric approach and open up to the idea that having Folau on your team means that the air is yours, you just have to have the skills to exploit it.

Unfortunately, this is where the real issue lies for the Wallabies.

The Wallabies tactical kicking game has left a lot to be desired in recent times. Errant box kicks, kick into touch on the full, and kicks straight down the throat of galloping fullbacks have been an overly consistent theme in the last five years for the Wallabies.

On Saturday night the Wallabies decided to wheel out the kicking game and made their intentions clear from the opening minutes, kicking two midfield bombs to Folau.

One in an advantage situation which had no chasers behind it and another in general play which lead to an Ireland offside call and the first three points of the night for the Wallabies.

This was the story of the kicking game all night for the Wallabies. Some good kicks exposing the defence and others that simply missed the mark.

Of the 15 tactical kicks the Wallabies used during Saturday’s game against the Irish, only five brought favourable results, which is well down on the success rate Cheika would be after when giving away so much quality ball.

This is where fine tuning of the Wallabies style of play can be done in the lead up to the World Cup.

The kicking game (even though it pains me to say it) is a valuable part of test level rugby. In order to be able to create the space and opportunities necessary for a running style of game to prosper you have to put the defence in two minds.

One of the best ways to do that is to turn the defence around with a kick every now and then, and with a target like Folau – why wouldn’t you? The problem then just becomes about the execution of the kick, communication between players and the effort put into the kick chase.

The Wallabies communication and effort has shown vast improvements since their post World Cup slump and they now just have to work on their kick execution.

But seeing as they have effectively iced their out-of-hand kicking game for the last few years their skills are well down on where they would want them.

Cheika’s willingness to be open to new ideas and adapt (take note Eddie Jones) has helped the Wallabies build a strong culture and squad in the lead up to the 2019 World Cup, but ironically, their hopes of playing running rugby may just hinge on reacquainting themselves with the long-forgotten art of the kick.