Kevin Walters has announced his State of Origin team for the 24 June stand-alone match and there’s not a great deal of change.

A bad bicep injury to Michael Morgan rules him out and while they’ve both been named there are injury clouds over Dylan Napa and Billy Slater, who has missed weeks now with a hamstring complaint.

Slater is supposed to be up to speed but it’s still a big ask to come in cold and face a NSW team which is full of vim and vigour.

Walters will no doubt be pressing to his team their opportunity to take advantage of New South Wales’ injury toll, which has forced upon them new front rowers, a possible debut five-eighth and more shuffles for Brad Fittler to worry about.

For all their Game 1 travails, the Maroons were well and truly in it right until the business end when a few doses of James Tedesco magic dealt the decisive blow.

But to think the Maroons can roll on into a Game 2 away win like they did in 2017 is to ignore a lot of problems Walters needs to address.

It starts on the outside. Will Chambers gets a chance to atone for a deplorable first outing. It was a most uncharacteristic performance and watching him spend all his time trying to rile up Latrell Mitchell was just embarrassing.

Walters will surely have had a strong word in Chambers’ ear. He’s much better than what he showed in game one.

Cameron Munster and Ben Hunt return to the halves and they need to be more productive than in Melbourne.

Hunt was playing hurt and it showed with only three runs for 221 metres – hopefully, he can push himself a bit more in Sydney, especially with a weakened NSW front row.

Michael Morgan’s bicep surgery robs Queensland of a crucial utility player. Morgan was great at fullback in Game 1, and with Slater back he could have filled in the halves, centres or even in the second row.

It’s a massive loss and puts more pressure on players like Dane Gagai to involve themselves wherever they can.

Sharks flyer Valentine Holmes scored a key intercept try in Melbourne and showed he can cover for Cameron Smith at the kicking tee. Andrew McCullough was solid at hooker but shown up badly by his opposite number Damien Cook. The Broncos rake needs to get his legs working more often, something which he’s not entirely used to.

Felise Kaufusi keeps his spot but desperately needs to find something – he was selected for his reliable defence but had a shocker, exposed repeatedly by the Blues.

He needs to produce a lot more and Walters needs more than just defence from stalwarts Jarrod Wallace, Josh McGuire and Gavin Cooper as well.

The trio is under pressure from Tim Glasby and Jai Arrow, who was good when he got his shot in game one.

Josh Papalii was one of the Maroons’ best in Melbourne and maintained his good form for the Raiders. Papalii will give a lot of drive and creativity off the bench.

There was talk of North Queensland’s Coen Hess getting booted for Game 2 after another nondescript Origin performance, but he retains his spot for his potential more than anything else. Queensland can’t afford another quiet outing from the big Cowboy.

Greg Inglis grew another leg as captain but needs to funnel his energy into good places – with a 2-0 series a real possibility Inglis needs to bring his attacking spark to the game and drag the team with him. No pressure… 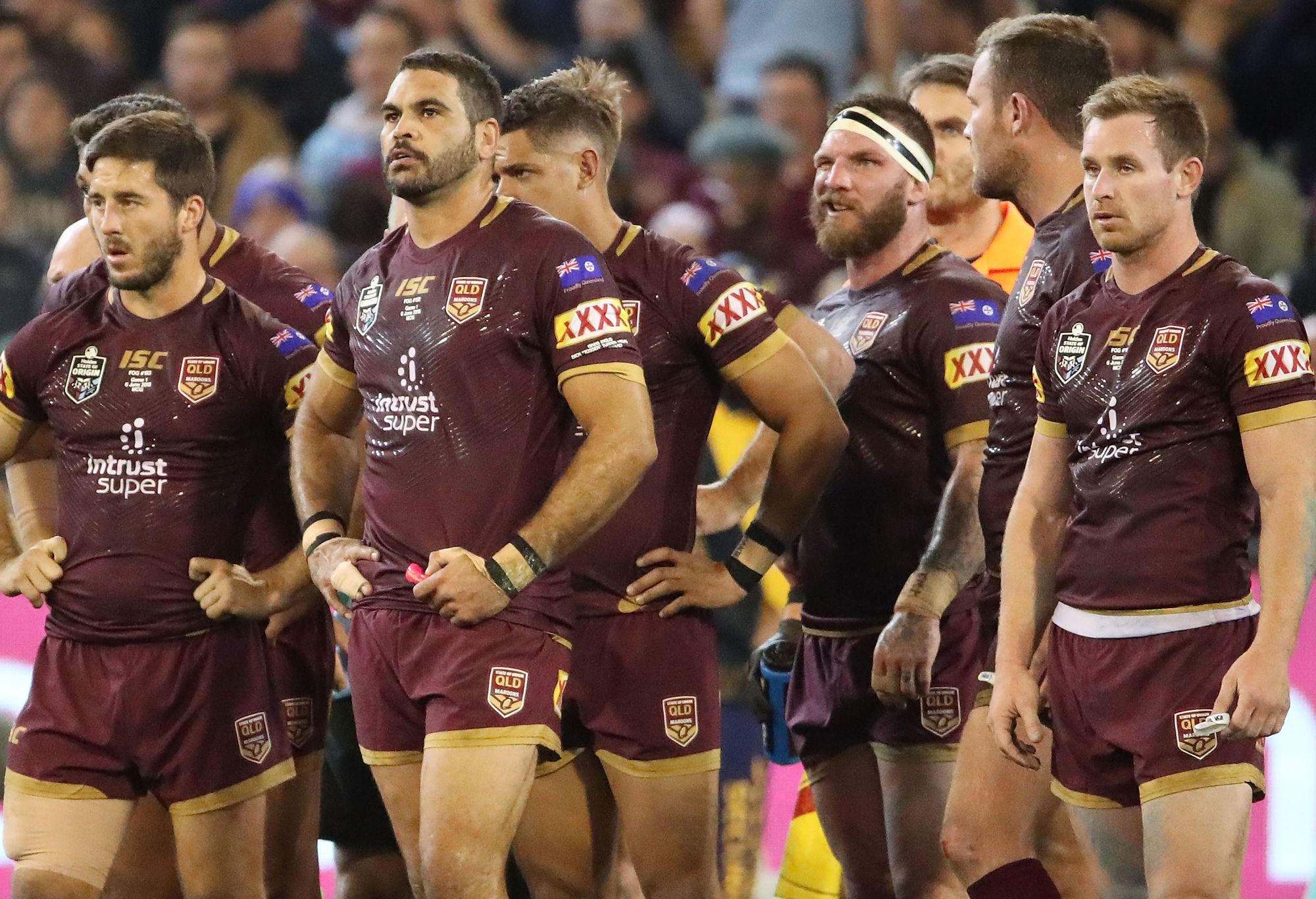 Front rower Dylan Napa was poor in Melbourne and in the eyes of many, he hadn’t done enough to earn selection in the first place.

Damien Cook tormented him all night and Walters needs to give some serious thought as to how he intends to use the Roosters big man.

Napa is under an injury cloud with a bad ankle, so it will be up to the doctors to determine if he’ll make the final cut.

Melbourne’s Tim Glasby has been brought in as cover for Napa but if I had my way I would be playing both Glasby and Joe Ofahengaue.

The young Bronco is in great form. Ofahengaue will instead suit up for Tonga against Samoa instead and I can’t help but think the Queenslander setup have missed a trick here.

Anthony Milford is gone, to the surprise of not many. The real surprise was that he ended up getting any game time at all in Melbourne.

He didn’t offer much, but to be fair to him he didn’t get much opportunity to show much.

We are also finally get treated to Queensland’s most anticipated Origin debut since a former jockey from Innisfail named Billy Slater pulled on a jersey. Kalyn Ponga does it all – he assists, he scores, he breaks the line, he runs the ball back hard.

Ponga was called to Melbourne for Game 1 as an emergency, but in the eyes of any he should have been on the field. I can’t wait to see how he goes with the best of the best around him.

All eyes are on the men in maroon and their coach with the series on the line. It’s a true test of Walters’ acumen and man management, possibly even more so that last year.

There’s no reason to doubt that Queensland can get over the line and push the series to a classic game three, but there’s an awful lot of work to do.

The Gfinity Elite Series Australia presented by Alienware is the latest must-watch esports tournament. Watch live on twitch.tv/gfinityau or get tickets here.