Did Bert van Marwijk's tactics cost the Socceroos a win against Denmark?

One point gained or two points lost? Another valiant performance from the Socceroos, but questions must be asked of Bert van Marwijk’s game management.

There was a telling moment in the 58th minute of last night’s gripping 1-1 draw between the Socceroos and Denmark, when the ball had gone out of play and the TV cameras caught a glimpse of Robbie Kruse.

Kruse, with anguish on his face, looked exhausted. Then the substitute’s board went up, the cameras panned to the sideline, and Denmark brought on the fresh legs of Martin Braithwaite for the already booked Yussuf Poulsen.

Kruse stayed on the pitch for another 10 minutes.

And for all the talk of van Marwijk being the coach the Socceroos need for this World Cup, it’s now worth pondering whether his conservatism cost Australia the chance to win the game.

There are two questions every Socceroos fan will be asking today: why didn’t Daniel Arzani come on earlier, and why didn’t Tim Cahill come on at all?

There’s a tendency in Australian football – and it’s been this way for a long time – to imagine the European way of doing things is automatically the right way.

But van Marwijk got his game management wrong against France by waiting until Australia conceded a second goal before introducing Arzani, and he got it wrong again last night by stubbornly refusing to bring on the one player who might actually convert one of the 16 crosses fired into Denmark’s penalty box.

The Dutchman has shown repeatedly that he doesn’t care about players’ egos.

But his desire to prove that he’s the boss has clouded his judgement to the extent that when he should have brought Australia’s record goalscorer Cahill off the bench, he’s brought on the less effective Tomi Juric just to prove a point instead. 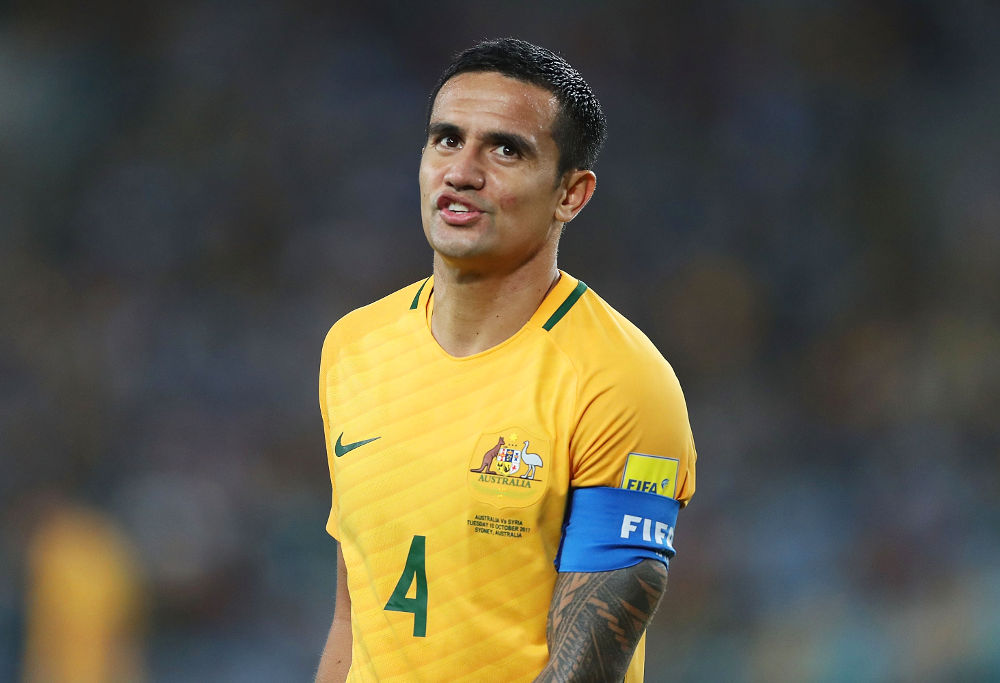 And for all van Marwijk’s impressive work in charge of the Socceroos, Aussie fans have seen their worst fears realised after all – an interim coach arguably more concerned with his own reputation than Australian football’s well-being has made decisions that simply aren’t for the long-term benefit of our game.

Of course, pinning all of Australia’s hopes on the coach isn’t going to help when the players themselves can’t convert the chances that do come their way.

The Socceroos may have completely dominated the second half of last night’s clash, but then they had to having given away a needless goal after turning over possession cheaply for the umpteenth time in a match.

Robbie Kruse tried his heart out – as always – but if he wasn’t capable of producing the final ball in his first 50 caps for Australia, you have to wonder what he might suddenly have learnt in the next 15.

And while Andrew Nabbout worked tirelessly up front – and here’s hoping he hasn’t suffered a serious shoulder injury – often Australia’s attack resembled a team playing without a striker at all.

The positives were Tom Rogic slowly getting into the game and Arzani looking like he’d never been out of it from the first second he was introduced.

But in a game Australia desperately needed to win, van Marwijk’s decision-making resulted in a familiar feeling of frustration for Socceroos fans.

We all know how it will play out from here – van Marwijk will angrily deny claims he got his substitutions wrong, match reports will be full of words like ‘brave’ and ‘courageous,’ and Football Federation Australia won’t voice an opinion either way.

There were a few other familiar sights last night, not least a referee who refused to award clear fouls on the Socceroos until an ironic VAR decision compelled him to take a closer look.

But with the Socceroos now needing to beat Peru handsomely to have any chance of progressing to the Round of 16, there’s really only one question we should be asking.

Did Bert van Marwijk’s tactics cost us the chance of taking all three points against Denmark?