The Immortals: A concept drenched in wine

The Immortals began in 1981 as a vehicle to sell red wine.

Wine, you see, was gaining a little toehold in an Australian drinking market that had heretofore been saturated to the point of near-monopoly by beer.

Dear sweet beer. Aussies loved the stuff. When the MCG instituted a ‘one carton per man’ limit on how much patrons could bring in to watch the cricket, people fair dinkum wondered, “What is this, Russia?”

People worried where such officiousness might lead, that authorities couldn’t trust adults to bring more than 24 cans into the cricket.

And yet with mums and sometimes dads knocking back the odd cheeky Cinzano or vermouth, and pouring great fat glasses of riesling and Fruity Lexia from ingenious silver sacks we called ‘goon bags’, booze types knew: wine was a-comin’.

Hell, Australians invented goon because you could get four or even five litres into one fat Coolabah cask, and you could squirt it out fast via the ingenious rubber tap thingy.

Before casks, wine came in 750ml bottles with pesky corks, and posh crap on the label we didn’t understand and thus mocked. “Oh, ‘a dry and fruit bo-zha-lay’! La-di-da!”

Indeed wine before 1980 was for ‘Shielas, Wogs and Poofters’, which was also the title of Johnny Warren’s crackerjack book that I once interviewed him about at the Clovelly Hotel, a brilliant afternoon and story I will write of another time if the soccer-football people let me, they can be a tad precious about who writes of their footy, the soccer-football folk, particularly now with the World Cup on.

The Immortals! Yes. The Immortals! Yes. The Immortals was a concept Elliot’s Wines (and not Penfold’s as the author originally mis-remembered) came up with in cahoots with in cahoots with the good burghers of Rugby League Week, the mighty organ known as ‘The Bible’ which once employed many schooner-drinking freelance journalists who’ve since been forced onto the very streets, perhaps to even get a ‘job’, a horror the equivalent of Guatemalan toddlers put in cages on the US-Mexican border.

Anyhoo … yes. Yes! League Week and Penfolds came up with The Immortals, and named four superstar players ‘Immortals’ and trotted them out on to the Sydney Cricket Ground in the famous rugby league kit of Australia with the wattle-golden chevrons atop eucalyptus green. 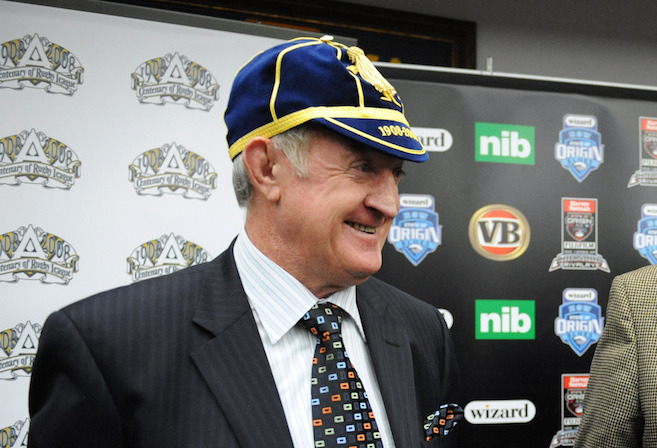 And it was effectively a photo shoot, a promotional thing involving Clive Churchill, Reg Gasnier, John Raper and Bob Fulton, who were the best players the judges had ever seen.

And there was the rub. Those judges – Harry Bath, Frank Hyde, Tom Goodman – had to have seen the players in the flesh. That’s why Dally Messenger and Dave Brown didn’t get a guernsey.

Regardless, it became a phenom. The Immortals is rugby league’s upper pantheon, an antechamber above the Hall of Fame. It’s for the game’s gods. For Immortals who will never die.

Today the NRL’s best player wins the Dally Messenger. The best player in the grand final wins the Clive Churchill. Arthur Beetson and Wally Lewis have more things named after them than Kim Jong Un.

Andrew ‘Joey’ Johns became the eighth Immortal prior to the Storm-Bulldogs grand final of 2012.

At half-time he was dropped out of a helicopter onto the middle of ANZ Stadium to walk up a red carpet to a podium where waited his fellow Immortals to greet him. And if 10-year-old Joey had told his Cessnock primary school teacher this was his dream she’d have told his parents the boy was insane.

Joey was the last Immortal inducted by League Week and the first one since Beetson in 2003. The Johns-voting panel included League Week’s editors past and present, along with a bunch of journos, historians and luminaries including Ray Warren, Wayne Bennett, David Middleton and Roy Masters.

It also included previous Immortals, one of whom, ‘Chooky’ Raper, didn’t want Johns inducted. And he offered by one reason why not.

“Drugs,” said Raper gruffly. And he was not to be budged.

But nor was he heeded. For the Immortals are chosen only on playing ability, not any off-field malarkey.

It’s an edict that could be tested if an Immortal-in-waiting commits a particularly heinous crime. Same with the incumbents. Langlands died in January while awaiting trial for six counts of indecent dealings with a girl under 16, charges which stemmed from the 1980s on the Gold Coast.

Had he been prosecuted and sentenced, where would Chook – and the rest of us – stand on Chang remaining Immortal?

Vexed argument, wot? Hard to talk about. Maybe one that as a collective we’ll just let slide off into history.

As it stands you may still be an Immortal even if London Metro Police arrest you with a packet of disco biscuits in your sky-rocket.

And that’s as it should be, in my opinion, and a whole other column that would see us all yap away like so many Mexican Chihuahua, for we do love a good morality play, humans.

Like humans, Rugby League Week died, early in 2017 and the Australian Rugby League Commission bought it because it wanted The Immortals. It’s a legal thing, ownership of intellectual property.

So ARLC and/or NRL, who can tell, owns the Immortals. And its judges have named a short-list of ten (10) potential Immortals which they’ll whittle down to two (2), probably. Then they’ll name them and unveil them and verily immortalise them.

And chances are you have an opinion whom it should be. And we are getting close to the actual point of this wretched mangling of the English language, and it is this.

Who should it be? 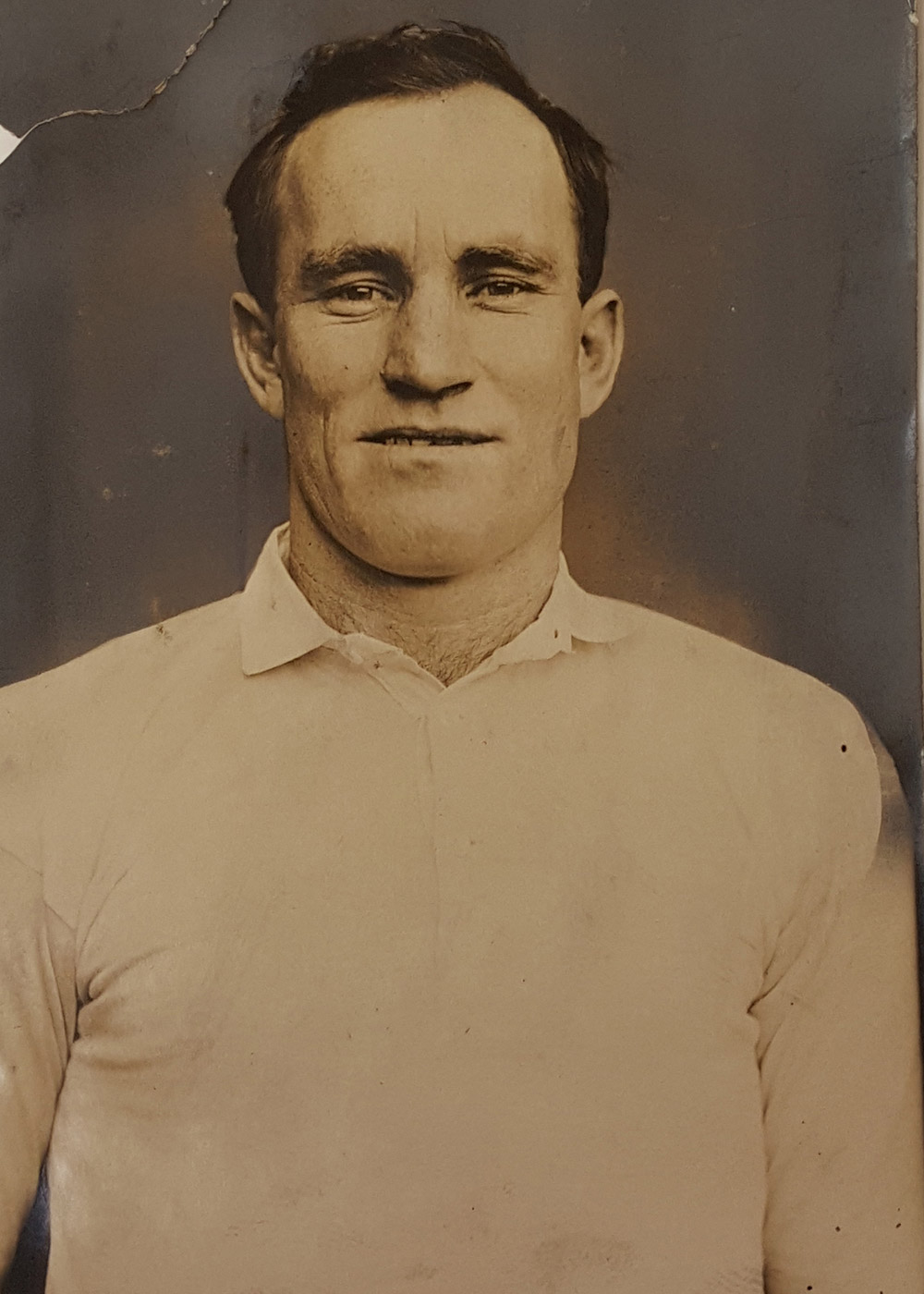 Consider Ken Irvine, the free-running North Sydney Bear. He scored 212 tries across a period when the Bears were bad. Had Irvine been outside Immortals Gasnier and Langlands, and Billy Smith, and all the rest, he may have scored one thousand tries.

Maybe not one thousand. But lots. Because Ken Irvine could run like the proverbial hairy goat afire.

And what of Provan? Duncan Hall? Ron Coote? Tough buggers all. A vote for one of those guys is a vote for the league hard man. To that end, Noel Kelly and Glenn Lazarus must’ve been close.

What of Frank ‘Chunky’ Burge, the try-scoring forward, the Steve Menzies of his time? He played every forward position but hooker.

Dally Messenger! Rugby league’s Jesus. The first one, the creator. He was the best rugby player in Australia. He crossed the Rubicon. He just about begat the code. And he dominated it.

So – indulge me a sec. Well, more than you have.

Last year I published a book called A Short History of Golf and if you were a good person you would Google me and buy it, and I would write a nice dedication in it.

Anyway, in the book there’s a big fat chapter about my man, Greg Norman. And the more I researched and wrote of the man, and of Bobby Jones and Walter Hagen and Jack Nicklaus and Tiger Woods, and all the other Great Ones of Golf, the more I thought our Shark should be among them. In that pantheon.

Sure, you can’t compare players from different eras. If Bubba Watson had been whacking drivers in 1864 next to Old Tom Morris they’d have burned Bubba as a witch. If Jason Taumalolo was bombing about for Glebe in 1910 they’d have Shanghai’d him to a freak show. 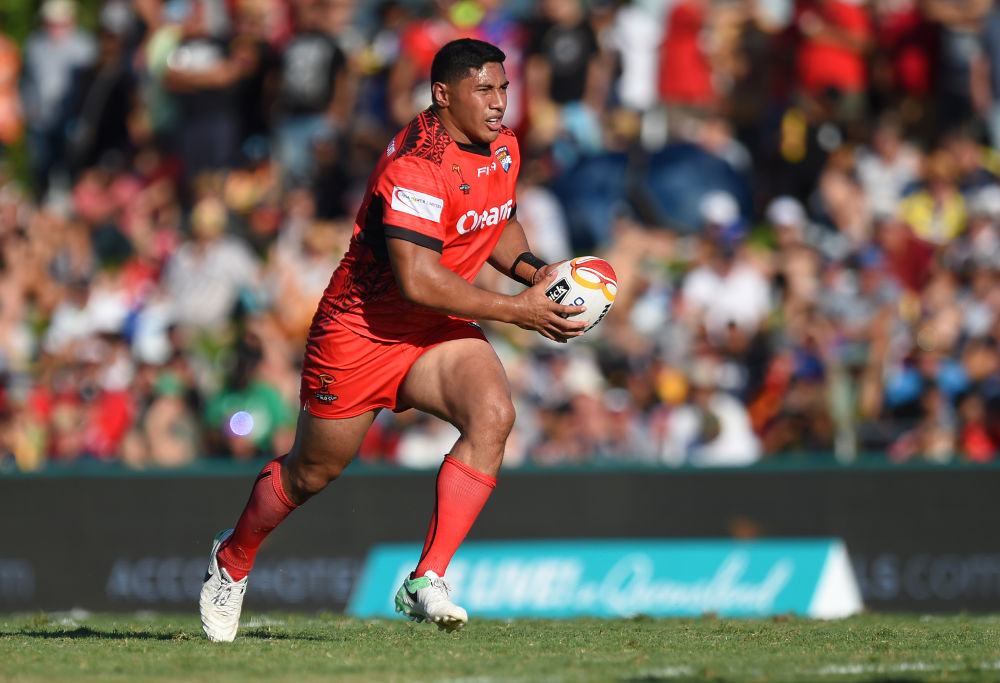 But you can compare a players’ dominance of an era. And G Norman – though he won but two majors – dominated his era. He was world No.1 for 331 weeks. Only Tiger’s been there for longer. Next best is Nick Faldo for 90 weeks. Norman won 90-odd times around the world. He was a freakin’ phenom.

So, for mine, if you’re looking for your next Immortal, go with the bloke who dominated.

Mal Meninga? A massive figure – but dominant above all others? Gene Miles can’t have been far off.

Darren Lockyer? One of the greats. for sure. But do you put him up there with Wally and Joey as the standout player of his generation? What of my man Laurie Daley? And your man Brad Fittler? What of dear sweet Alfie?

And thus, for mine, your next Immortal must have dominated, even re-invented the game. It’s why Cam Smith will be in the pantheon. And it’s why my next Immortals are:

Make of it what you will.

Not that I reckon it will be them, mind. I reckon they’ll knight Norm Provan while he’s with us. Maybe Big Mal. Ronny Coote at a pinch. Maybe they’ll go one ancient, one modern.

Regardless. It’s time for a nice glass of wine.