Should Women's State of Origin be a standalone event?

In the women’s footy space, contests between NSW and Queensland are nothing new. For the last 20 years, the Blues and the Maroons have faced off in what’s been called the Interstate Challenge. Queensland have dominated this contest, winning the first 17 out of the 20 fixtures.

There has been one draw and in the last two years, the Blues have claimed bragging rights.

The message was very clear following this announcement – the men’s and women’s contest are now on equal footing. They are named and branded in exactly the same way. This reemphasises what plenty of us who love women’s footy already knew – that the women who compete in State of Origin take it just as seriously as the men.

They have exactly the same pride in that jersey and bring similar levels of intensity, physicality and skill when the two teams go head to head.

For the first time, women’s State of Origin is its own stand-alone fixture. Tickets have been sold to the match, I’ve seen banners around North Sydney featuring Kezie Apps and Meg Ward advertising the game and it will be televised live on Channel Nine and Fox Sports.

Women’s sport and women’s rugby league will take centre stage and it will have no other rugby league competition due to this weekend being a representative round.

There has been plenty of conversation this week about whether a stand-alone game is the way to go and some people are very passionate about the women’s game being held as a double-header with the men’s game on Sunday at ANZ Stadium.

I can see some of the arguments in favour of this. Why not give rugby league fans something extra to watch before the men’s game starts at 7.30pm? In a stadium like ANZ Stadium which holds 80,000 people, it means that there is potentially an entire new audience of people that could get exposed to women’s footy for the first time.

Additionally, why not give the women the opportunity to play in front of a large audience and on the same stage as the men?

I see a couple of problems with this. Firstly, just because a stadium holds tens of thousands, does not mean that people are going to turn up early to watch another game. In fact, I would argue that they won’t.

We have seen this argument played out several times this year with people querying why three grades of football aren’t being played on the same day at the same venue. But the reality is, when more than one grade is played, very few people turn up.

I saw it at Belmore last weekend and I saw it at ANZ Stadium a few weeks ago at an Eels game. There was barely anyone there before kick-off.

I think this problem would be even more pronounced for State of Origin with plenty of people outside the stadium trying to soak up the pre-game atmosphere and not being willing to turn up four hours before the men’s game kicks off to watch the women’s contest.

It would do a tremendous disservice to the women’s game to ask them to play before the men’s game in front of a couple of thousand people. We know that ANZ Stadium can feel empty when it is at less than capacity – the women’s game deserves better than this. 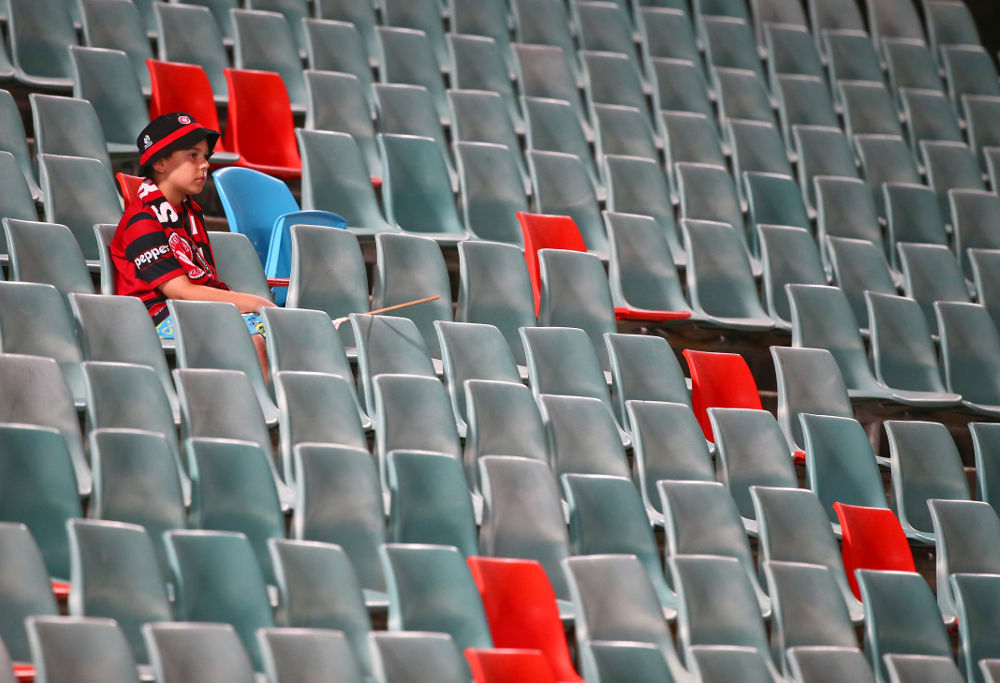 Additionally, the television time slot for the women’s game would not be as favourable as prime time Friday night, with coverage more than likely beginning at 4 pm to televise a double-header.

By putting the two fixtures together it also forces people who may only want to watch the women’s game to pay for an expensive State of Origin ticket when they may only have interest in the women’s fixture.

The biggest problem with the doubleheader idea, though, is that it completely discounts what a fabulous atmosphere there will be at North Sydney Oval tonight. Just because there is less capacity at a venue for a fixture, does not mean the fixture has been any less of a success.

North Sydney Oval is a wonderful venue to watch sport. I had the opportunity to watch the Women’s Ashes there last year, some Shute Shield and plenty of WBBL. Particularly when it came to women’s sport, I experienced a warm, friendly, festival type atmosphere with so many people there and excited to watch the Australian Women’s Cricket team. It was a really enjoyable experience.

This is exactly what will happen tonight. And this beautiful atmosphere is exactly what out female rugby league players deserve. Their fixture is good enough to stand on its own two feet and when they run out tonight, they will be greeted by a roaring crowd who are there to see them.

There will also be hopefully millions of eyeballs on them because of television as well as plenty of ears listening through radio and this is where the real opportunity to grow women’s footy is.

I am not an expert, so I would be really interested to hear the thoughts of those who matter the most – the players. Because I am happy to be proven wrong.

There is no right or wrong answer here – what is positive for me is that there are people out there passionate about the women’s game and who want it to grow.

I look forward to seeing plenty of you at North Sydney Oval tonight. It’s going to be a very special evening and a tremendous celebration of the growth of women’s rugby league in this country.

It may also be one step closer to the first year in history when the men’s and women’s NSW teams have won their respective titles.