Is van Marwijk making the same mistakes as Verbeek?

In 2010, Pim Verbeek took the Socceroos to the World Cup finals in South Africa on the back of an almost perfect qualifying campaign.

As he headed into the final game of the group stages, he had garnered one point for the side with even a win in the final game not guaranteeing passage to the next phase. This was on the back of a tactics nightmare against Germany, and one almost brilliant tactical performance against Ghana.

In 2018, Bert van Marwijk heads into the final pool game with one point, knowing that even a win in the last game may not guarantee passage to the round of 16. This has become the situation due to one almost brilliant tactical performance against France, and a tactical nightmare against Denmark.

The similarities end there to an extent. The 2010 team was all Verbeek’s, he had them for the entire qualifying campaign and the team were undefeated in the final phase, conceding only one goal in the process.

The 2018 team is one van Marwijk has come to ‘caretake’ between the departure of Ange Postecoglou and the eventual ascension of Graeme Arnold.

Nonetheless, the team has his blueprint; gone is the back three and high-pressing favoured by Postecoglou. In its place is the more familiar 4-2-3-1, a deeper, more defensive set-up, which almost gave the Socceroos what would have been a deserved point against France. 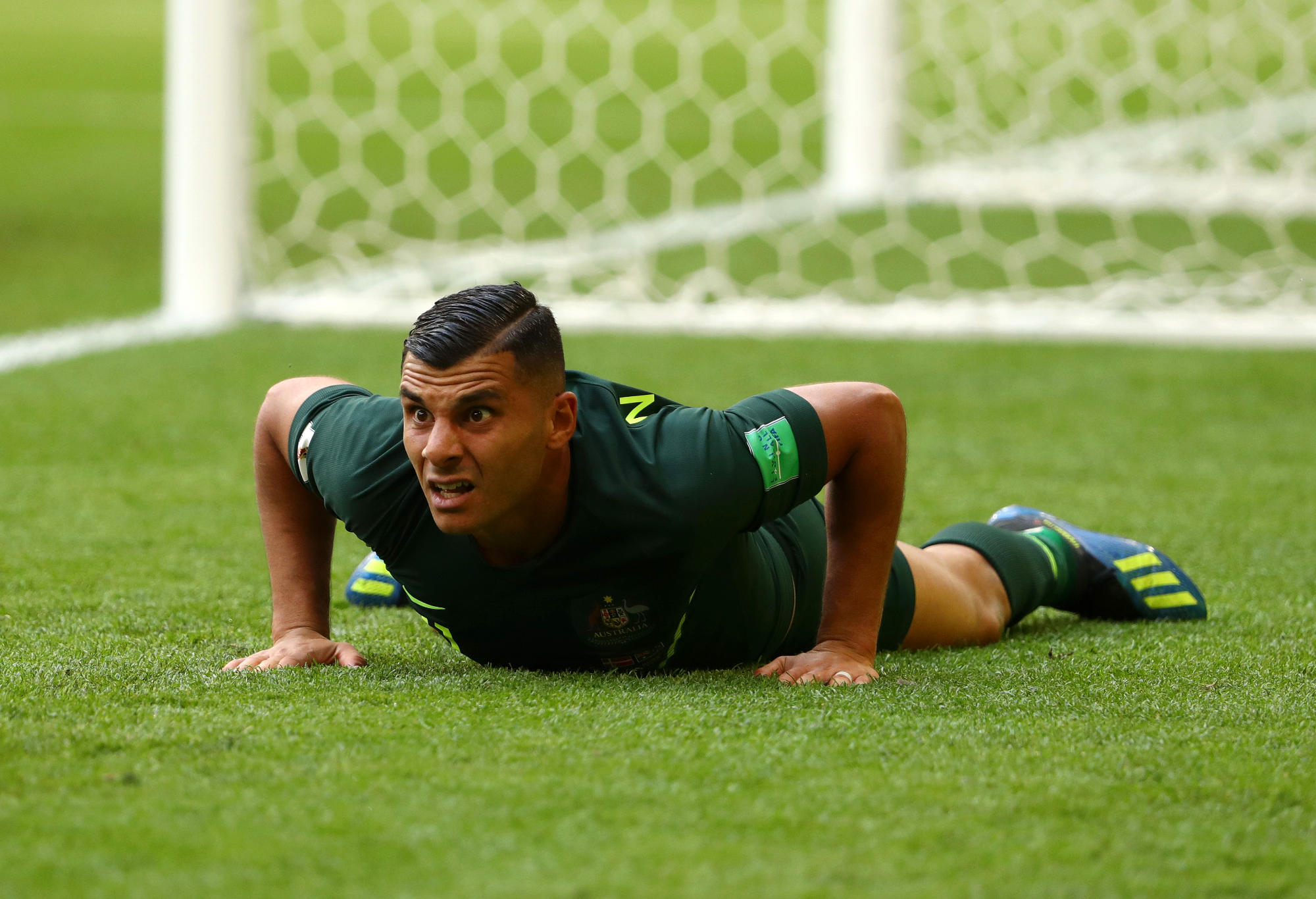 Andrew Nabbout looks on for the Socceroos. (Photo by Robert Cianflone/Getty Images)

However, having not secured that point, things needed to change against Denmark. Performance-wise, they certainly did.

Tactically, they didn’t. When Christian Eriksen scored an eighth minute cracker, the mindset seemed to be “don’t concede a second.”

Fair enough, but once achieved, and once the Socceroos equalised from the penalty spot through the ice-cool MIle Jedinak, there was only one team in this realistically.

That was the time for van Marwijk to take the game by the scruff of the neck. The introduction of Daniel Arzani for Robbie Kruse was a step in the right direction, albeit too late for my liking. But when Andrew Nabbout succumbed to a shoulder injury, it was a scenario tailor-made for Tim Cahill.

I know, that’s hardly an original refrain – many fans and pundits have shouted the same thing from rooftops around the country. It’s no disrespect to Tomi Juric, but his game is not one suited to going in search of a winner. He’s a target man, needed to hold the ball up and try to bring others into the periphery.

With Tom Rogic on the rampage and Matthew Leckie and the fresh Arzani causing headaches down each Danish flank, that wasn’t what was needed.

If that was a head-scratcher, the substituting of Rogic for Jackson Irvine was a mystery worthy of Agatha Christie. Once again, this was not a scenario made for Irvine’s talents. He’s a box-to-box midfielder who would be a perfect addition to a side protecting a lead with 20 minutes to go, if not from the beginning of the match.

When it’s 1-1 and a win is vital, and the opposition is on the ropes with their star player unsighted since the opening ten minutes, and your bench also includes the likes of Mass Luongo and Dimitri Petratos (not to mention that man Cahill again, who has filled the Number 10 role in the past), the only conclusion to be arrived at was that van Marwijk didn’t know his personnel well enough.

Which brings us back to Tim Cahill. Given the howls of protest over his non-appearance were at Optus non-appearance-of-picture levels, it may be that the Prime Minister is sitting in The Lodge wondering whether his intervention is needed again. 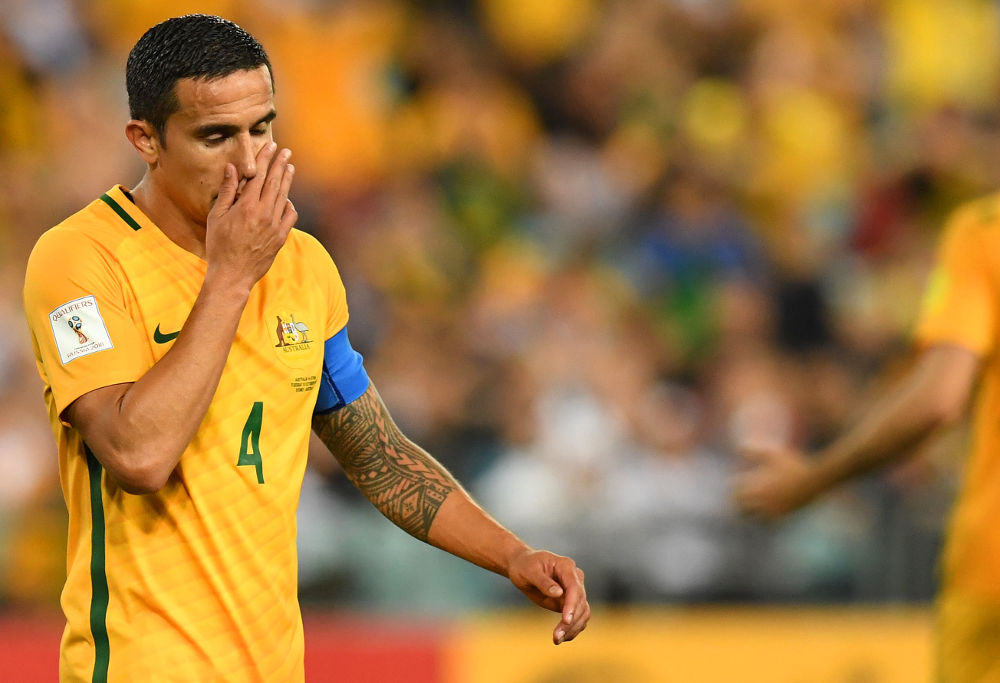 With 16 clear deliveries into the Danish penalty area from wide positions, the law of averages suggests that the Socceroos all-time leading scorer may well have got on the end of one of those late in the game.

Otherwise, why take him? There have been suggestions that Cahill’s desire to get on the pitch is motivated by individual goals – that is, to score in a fourth successive World Cup.

This has been held up as some kind of detriment, that Cahill is selfish. News flash – he’s supposed to be selfish, and those personal motivations gel completely with the team desire – that is, to score the goal necessary to have taken all three points against the Danes.

Which is not to say he would have, but due to van Marwijk’s puzzling reluctance, it means we may well never know, just like in 2010.