Well, that really was some enthralling rugby. For three weeks these two sides have entertained every fan who has watched and have done Rugby Australia a lot of favours.

After more than 240 minutes of rugby, the overall score was 55 points each and while the Wallabies ended up on the wrong side of the series, there is a lot to be positive about. Unfortunately, there are also some important aspects to be a bit worried about ahead of the Rugby Championship.

Has anyone noticed the Wallabies’ poor discipline?!
It’s not a new thing and but it’s so, so important. Yes, the Wallabies conceded fewer penalties than they did in Melbourne (12 compared to 15) but they still gave away too many and when you’re up against one of the best teams in the world that will cost you.

In Sydney, 75% of Ireland’s points came from Jonathan Sexton’s boot as he slotted penalty after penalty. Keeping the Irish down to just one try is great, but if you also give them 15 points from the boot then it matters very little.

Adam Coleman especially needs to be careful. His role as the enforcer is an important one and the Wallabies do need him to play it, but he cannot fall into the trap of being the man that other teams are scared about who also costs the Aussies nine points a game.

Folau the restart weapon
Everyone knows about the power of Israel Folau in the air and the Wallabies have used him as a good attacking weapon time and again to score tries. But in Sydney, one of the aspects of Folau’s game that shone through more than usual was his use at the restart.

The Wallabies used him well and he was a nightmare to deal with. Even when the Irish were lifting their men to get up for the highball, Folau was still a threat.

Restarts are so important at any level and if the Aussies can turn theirs into a real chance to get possession and surge into the opposition, then that is going to serve them well. 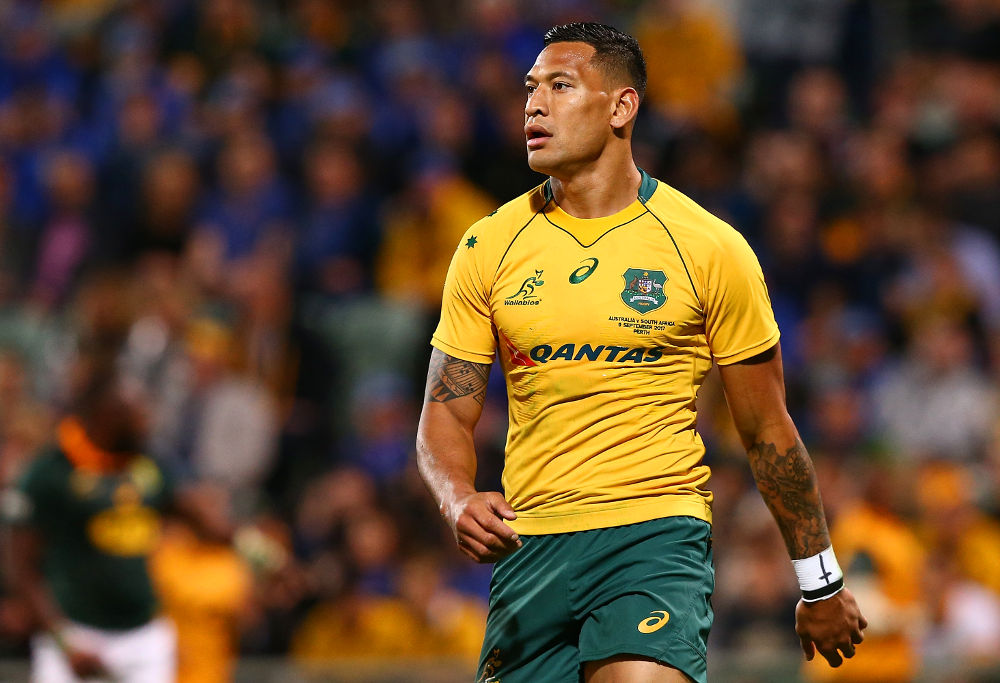 Where’s the incision?
The Wallabies continuity wasn’t too bad in this match and reached over seven phases of play six times in the game. But keeping the ball isn’t enough – as the French found against the All Blacks – you’ve got to do something with it.

Where Kurtley Beale, Bernard Foley and Folau had been able to unlock the Irish defence at different points previously, the Aussies only made two line breaks the entire game. That’s just never going to get the job done.

The Wallabies got the ball wide quite a lot and Dane Haylett-Petty looked pretty good as he took on the Irish wingers, but where was the creativity and the incision in the midfield?

If you’re going to kick so often, do it better
The Wallabies kicked twice as often as the Irish and when you have aerial weapons like Folau that isn’t necessarily surprising. But far too often these kicks were poorly executed.

More than once Foley and Beale were guilty of pumping the ball right down the middle of the field straight to an eager Irish player. The kicks were easy to catch, weren’t contestable for any chasing Aussie and just gave players like Brian Carney, Keith Earls or Jacob Stockdale time to run the ball back hard.

The Wallabies’ handling skills were not great at all, to be fair, with too many little slips costing them opportunities to really threaten, but the kicking, in particular, was far too poor today. Which brings us onto…

Why Foley?
Fans will remember Bernard Foley’s performances in the 2015 World Cup. Against England, he absolutely tore them to shreds and looked like a true world class #10. That was almost three years ago, and since then how much has he either repeated that quality of performance or improved upon it?

There was hope that reuniting him and Beale would bring a new level of creativity and excitement to the Wallabies backline but it hasn’t emerged yet. 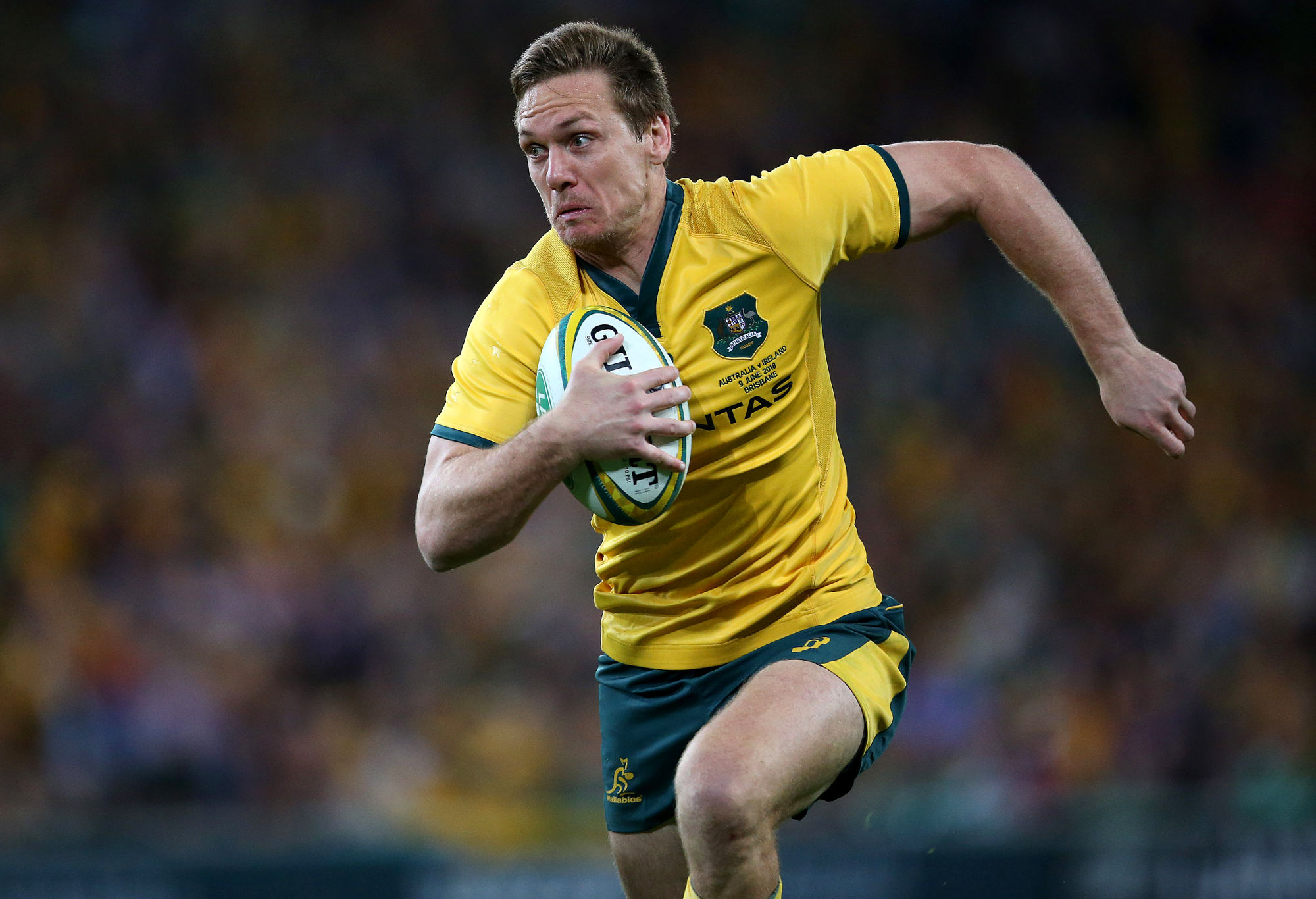 Not wanting to have a go at Phipps but…
From his choice to get his udders out to his frustrating insistence on taking that extra step before passing, Nick Phipps cops his fair share of criticism. But this talking point is so much about Phipps himself.

It’s more about the gap between first choice Will Genia and the other options that were on display in Sydney in game three. That gap is just too big. There’s always talk about how it takes a squad to win tournaments or to take the #1 ranking spot. Well for the Wallabies, that depth isn’t there in key positions such as #9 and #10.

It’s not all doom and gloom
Yes, the series was lost but there was a lot to be impressed by from these past three games. The pack is looking better and better – in the set piece they are not just solid but becoming a handful for other sides and in the loose they are working so hard for each other.

They still lack a really devastating ball running #8 but the forwards are improving for sure.

The defence was better and at times really strong. The level of intensity that the Wallabies brought at times was fantastic and they need to bring it for longer as a next step.

The Wallabies pushed the second best team in the world and current Six Nations champions right to the very limit and only just fell short. Yes, they were at home but this Ireland side is good and losing a couple of tight ones to them isn’t something to get overly depressed by.

Overall for the series they deserve a B+ and it will be interesting to see what they can do in the Rugby Championship. Further improvement could suggest that things are ramping well towards Japan 2019.

A lack of improvement or even a slip backwards could spell trouble.