There was a significant moment last night at Allianz Stadium when the seemingly indestructible Michael Hooper was forced from the field with a hamstring injury.

For the remaining 65 minutes, David Pocock captained the Wallabies ahead of the official vice-captain Bernard Foley and his leadership was inspirational to keep the Wallabies in the hunt.

It was surefire proof to coach Michael Cheika who should lead the men in gold from now on.

Pocock was in control questioning referee Pascal Gauzere’s inconsistent rulings, as well as Ireland’s persistent time wasting as they held onto a slender lead.

Ireland won the decider 20-16 in front of a record 44,085 crowd, but in the three-Test series both teams scored 55 points, proving there wasn’t a struck match between them.

The Wallabies scored six tries to three in the series, but their ill-discipline was the difference with Ireland landing 12 of 14 penalties to the Wallabies’ six from eight.

So Ireland added the Lansdowne Cup to their Six-Nations grand slam in what was an epic series, and the fans voted with their feet.

Next up for the Wallabies will be the Bledisloe Cup and the Rugby Championship, and while Cheika was understandably bitterly disappointed with last nights result, there were many positives.

And most of them were up front with the likes of Izack Rodda, Lukhan Tui, Taniela Tupou, and Tolu Latu, all built like tanks and ever willing to mix it.

The added bonus, they didn’t take any prisoners.

Pocock, Sekope Kepu, Adam Coleman, and Scott Sio are all world class, but with those far less experienced starting to shine, bring on the All Blacks.

To state the obvious, the Wallaby backline isn’t as effective, or as dangerous, when Will Genia is missing. 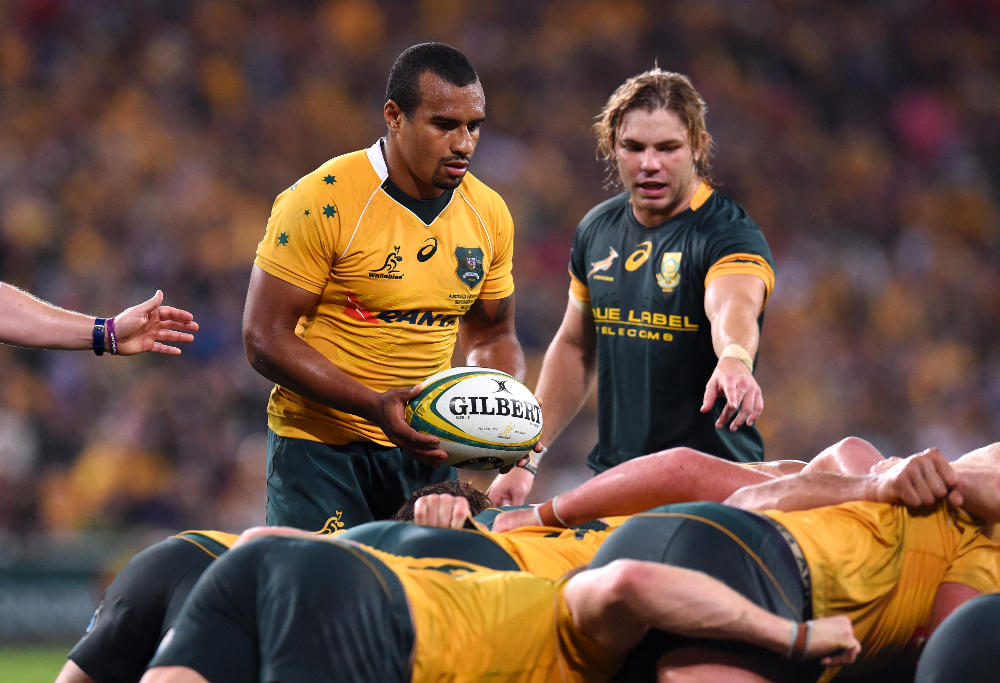 The General has a broken arm from the second Test, and it’s not known yet when he’ll return, but the quicker the better.

Nick Phipps is no Will Genia, but in fairness, Phipps’ defence last night was outstanding but as usual, his service was inconsistent, jolting many promising backline moves.

Last night the Wallabies did well to hold Ireland to 12-9 on penalties at the break with only 41 per cent possession, and 34 per cent territory.

Thanks to Pocock’s inspiration the Wallabies grabbed 59 per cent possession and 66 per cent territory in the second half, but not enough attention to the basics proved costly.

The rest of the stats were just about even with the Wallabies missing 15 tackles to Ireland’s 17, the turnovers were Wallabies nine to eight, and the penalties conceded were Wallabies 13 to 12.

But credit goes to both sides with only seven scrums and 21 lineouts, as the ball was regularly spun along the backlines.

The clash deserved a record crowd.

So the Wallabies didn’t win, but they sure had a genuinely big crack at it.

The Bledisloe and the Rugby Championship will be the litmus test as to how far this Wallaby squad has progressed.