All the World Cup qualification scenarios at a glance

With all countries in the World Cup having played two matches, a fascinating last round is in store for at least six of the eight groups, with only two pools knowing the two countries who will be progressing to the round of 16.

Here’s a look at what could happen as we head into final pool matches tonight.

Group A
Russia and Uruguay are through and play each other for first place. Egypt and Saudi Arabia are out.

Group C
France are already through. Denmark can grab top spot by beating the French, although all Australian hearts will hope that the French beat the Danes to give the Socceroos a chance of snatching second spot. To do this, Australia must beat Peru, who are out of contention.

A 1-0 win to both France and Australia would be enough for a Socceroos round of 16 appearance. A result of any kind for Denmark will knock out the Australians.

Group D
Croatia are through, but all three other nations still retain realistic qualification hopes. If Nigeria beat Argentina, they will go through (they would need a five-goal swing to get past Croatia for top spot). If Iceland beat Croatia and Argentina beat Nigeria, goal difference will be needed to decide if Iceland or Argentina progress.

A draw in the Nigeria-Argentina game would eliminate the South Americans but Iceland would need a three-goal win over Croatia to knock out the Nigerians. 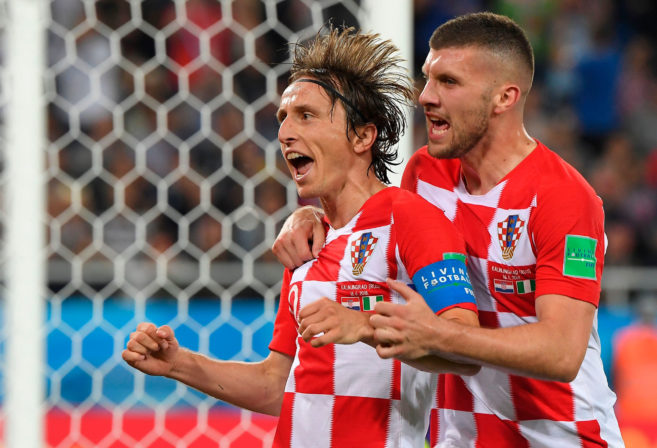 Group F
Mathematically, even last-placed South Korea retain a chance to progress, but that would take at least a mighty three-goal win over Germany and a Mexico win over Sweden.

Group G
England and Belgium are through and will play off for top spot. A draw of any kind between them would mean a yellow and red card countback to find a group winner as they have identical goal differences of 8-2. Tunisia and Panama are out.

Group H
Japan and Senegal are locked in equal top spot with identical goal differences, having drawn 2-2 in their pool game. Wins for any of Japan, Colombia and Senegal will see the victors progress. A draw for Colombia would see them in with a chance of qualification thanks to their superior goal while sending Senegal through. In such a situation, Colombia would require Japan to lose to the already-eliminated Poland.

A point or more for the Samurai Blue will seal progression to the Round of 16, but should Japan lose they’ll need to rely on Senegal getting a win to progress. Likewise if Senegal can’t get a result, they’ll need Colombian win and hope goal difference is in their favour to qualify at the expense of Japan.