The gig is up Bert; now do what we want

Wednesday June 27 could be lamented as the day Australian football let another chance slip through its fingers or celebrated as an historic moment for the Socceroos.

If France do indeed put the cleaners through Denmark and open up a crack through which the boys manage to squeeze, ecstasy might not be a strong enough noun.

Conversely, if Peru snuff out our hopes thanks to a nervous and unconvincing performance, the Socceroos will be heartbroken again.

There is of course a third scenario and a Socceroos win would still be a cause for celebration even if the Danes manage a point and wriggle their way through.

However it does play out, the Socceroos have played well thus far and will be pleased with their competitiveness, albeit still frustrated by the lack of goal production in the front third.

Despite hopes for a bold shift in approach that sees the Australian public’s pleas for change pandered to, Bert van Marwijk will most likely lean on his conservative assurances once more.
Right now, the numbers mean everything. One point is enough for Denmark and not enough for the Socceroos.

Three points is plenty for Australia if the French remember how many tourists we send to the Champs-Elysees each year and rack up a few goals against Denmark.

In the end, the mathematics will sort itself out and hopefully the Socceroos will sit on the fortunate side of the ledger yet fans want something more. Van Marwijk needs to come to the party and do a few simple things against Peru; things that should have been done earlier. 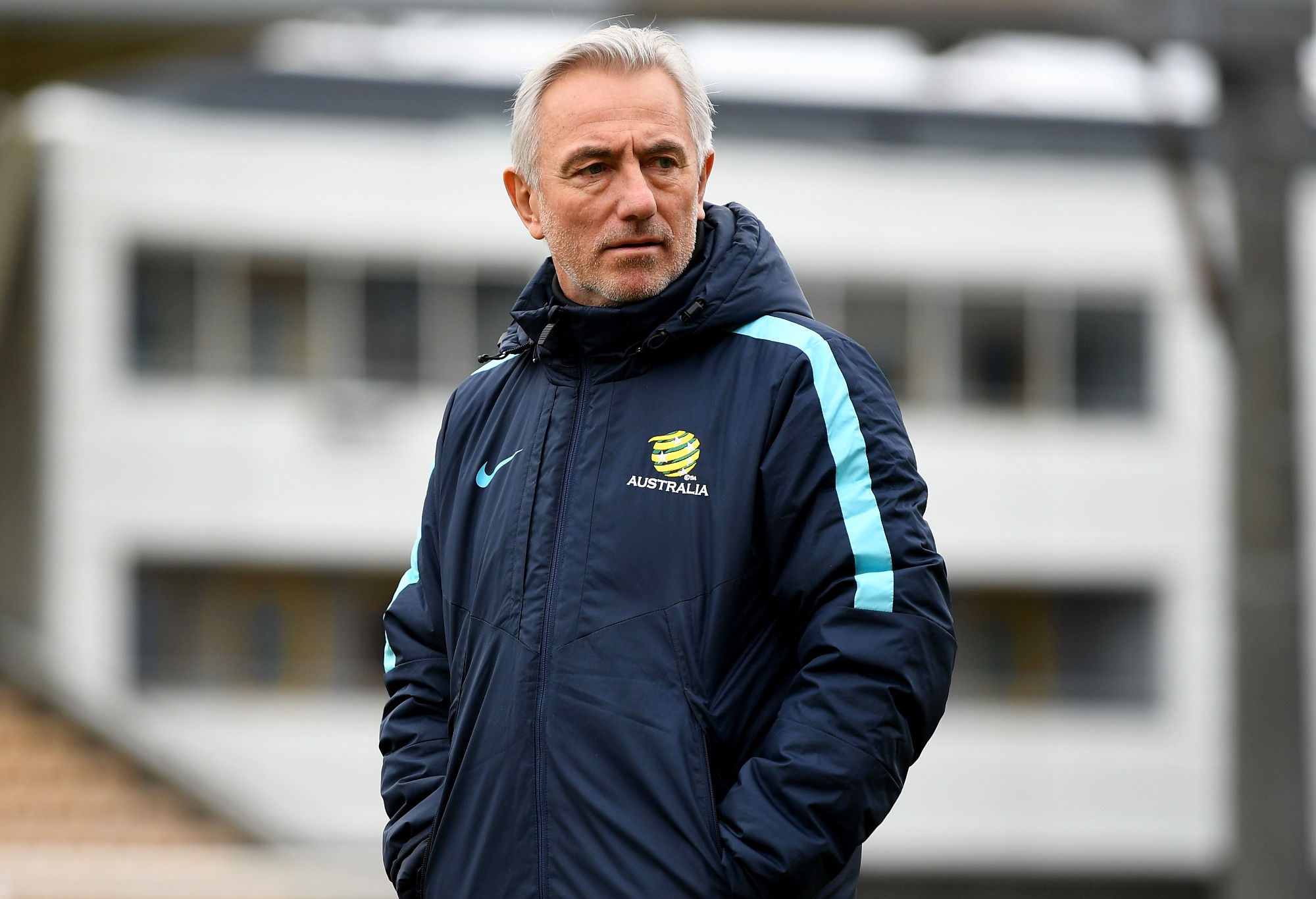 #1 Timmy must play
This is potentially the most significant ‘elephant in the room’ at the World Cup, and there is no point ignoring it. Watching Tim Cahill nervously sniffing, scratching and waiting for the call from the manger has been awkward.

In reality, the selection of Cahill in the squad, off the back of limited football dating way back to his final month or so with Melbourne City, created a rod for the manager’s back.

Throw in the perceived corporate and sentimental expectations around his selection and the manager was placed in something of a conflicted position. Van Marwijk doesn’t promise anything to anyone and has stuck by his selections in the face of that sentimentality.

We saw it clearly when Mile Jedinak didn’t start the final warm up match and his treatment of Cahill reinforces his ability to remove emotion from the equation. In short, he was asked to do a job and is doing it as well as he can; using the best tools available.

However, the Australian public know there is far more to Cahill than meets the eye. The chances of our favourite son taking to the pitch as a thirty-eight year old and greeting one of the many balls that were fired into the box against Denmark were higher than van Marwijk would realise.

While logic may have instructed him to stick with his plans and attempt to capitalise with the injection of Tomi Juric and Jackson Irvine, the Dutchman doesn’t fully understand the Midas touch of Cahill, nor the number of times it has saved the Socceroos’ bacon. 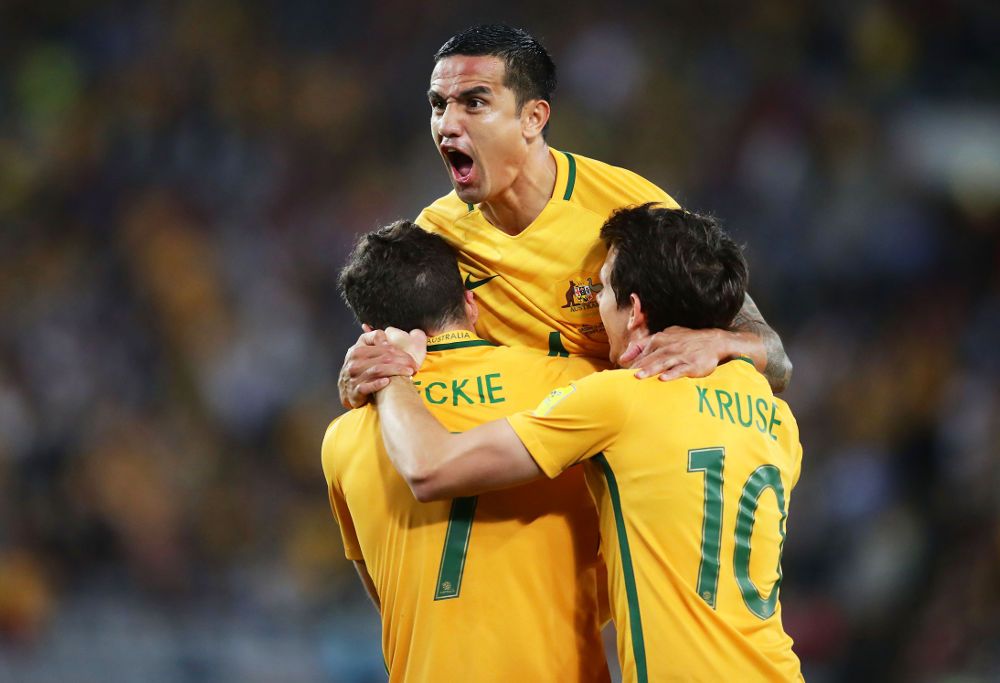 #2 Stick with Robbie Kruse
The vitriol in social media around the VfL Bochum man has been disgusting, relentless and unfair. The personal nature of it has been particularly tasteless. In reality, the front three of Andrew Nabbout, Matthew Leckie and Robbie Kruse have played as well as could be expected and true to form.

Nabbout has provided the energy and run up top that van Marwijk was after and without a true nine to bag goals on a regular basis, Leckie and Kruse become important tradesmen. In effect, it is a game of patience; a game in which many Socceroos fans appear to have lost faith; feeling frustrated with Kruse’s performance against Denmark.

Yes, Kruse has only managed five goals for his nation in 66 appearances yet that ratio is reflective of much of his club career and should shock no one.

Kruse tirelessly runs angles in behind; providing service rather than goals, something that not all the keyboard warriors probably understand.

Sure there are clumsy moments where his skill level is tested and exposed yet such is often the case with Australian football on the world stage.

It is unfair to lump the frustrations around execution in the front third on Kruse alone. It is symptomatic of an illness that has plagued our squad for some time now.

It isn’t Robbie Kruse’s role to play the whipping boy. 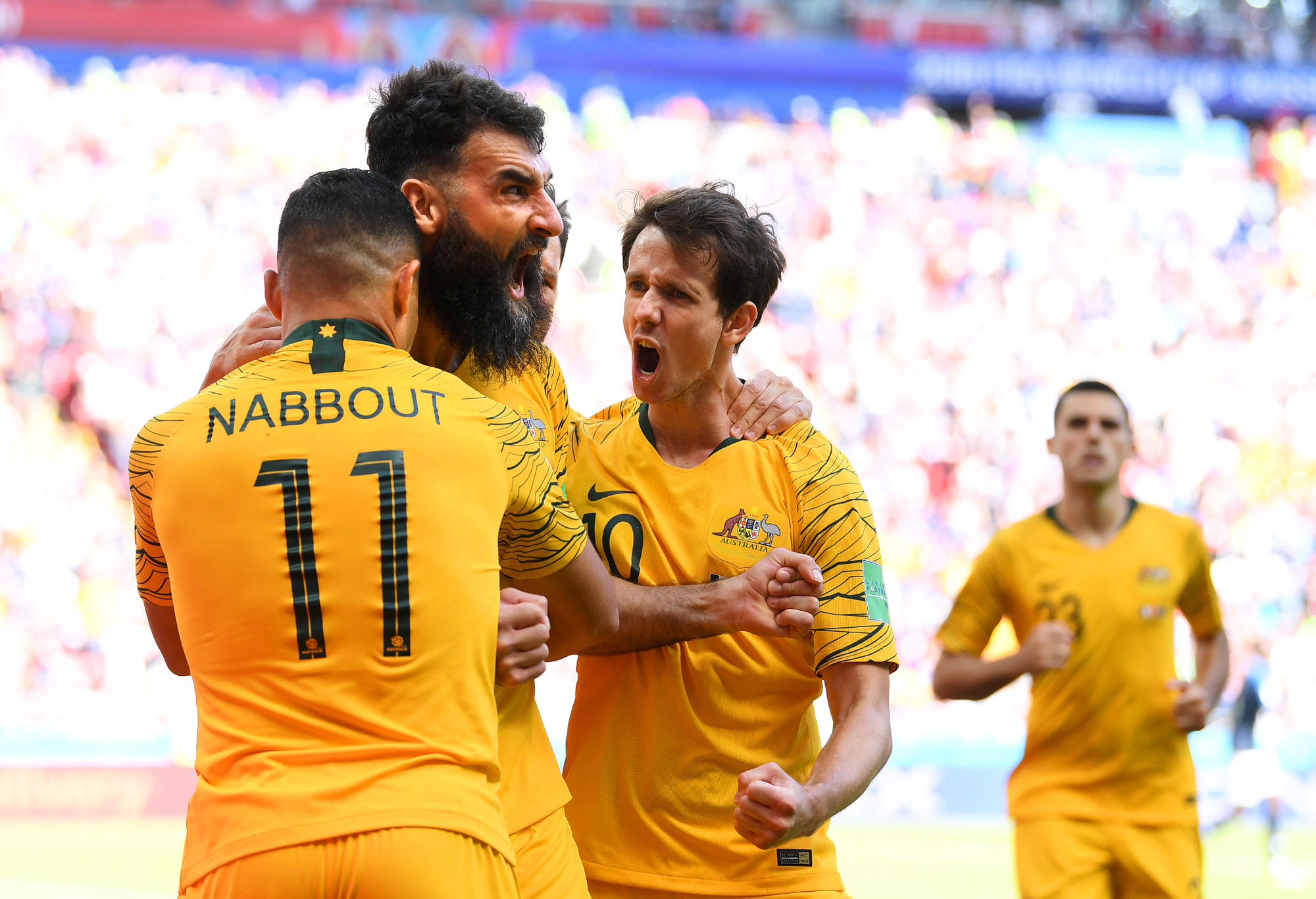 #3 Give Arzani more time and give Luongo and Maclaren any time at all
I had firmly expected to see Massimo Luongo start against Denmark. Whether Jedinak was rested or a reshuffle occurred in midfield, I felt his freshness could have been valuable. Daniel Arzani received just over 20 minutes when he replaced Kruse.

They both deserved more time.

Much is made of van Marwijk’s conservative approach and it was clearly on display once again.

Arzani looked rushed, brilliantly effective at times, but unable to settle into a rhythm. Given more time to adjust to the contest he would have served the Socceroos better. We have all seen enough of Arzani now to realise he is both old and good enough.

Tomi Juric was once again called to action when Andrew Nabbout left the pitch despite still being hampered by injury.

Surely the manager’s reluctance to play Maclaren doesn’t stem from his initial non-selection? Of course it does. He wasn’t in the original squad, why would he receive game time now?

Both Maclaren and Cahill were better options on the day.

The absence of Luongo has me baffled. Tom Rogic was improved against Denmark and Aaron Mooy has been effective yet Luongo showed the glimpses of class of which he capable in the pre-tournament friendlies. 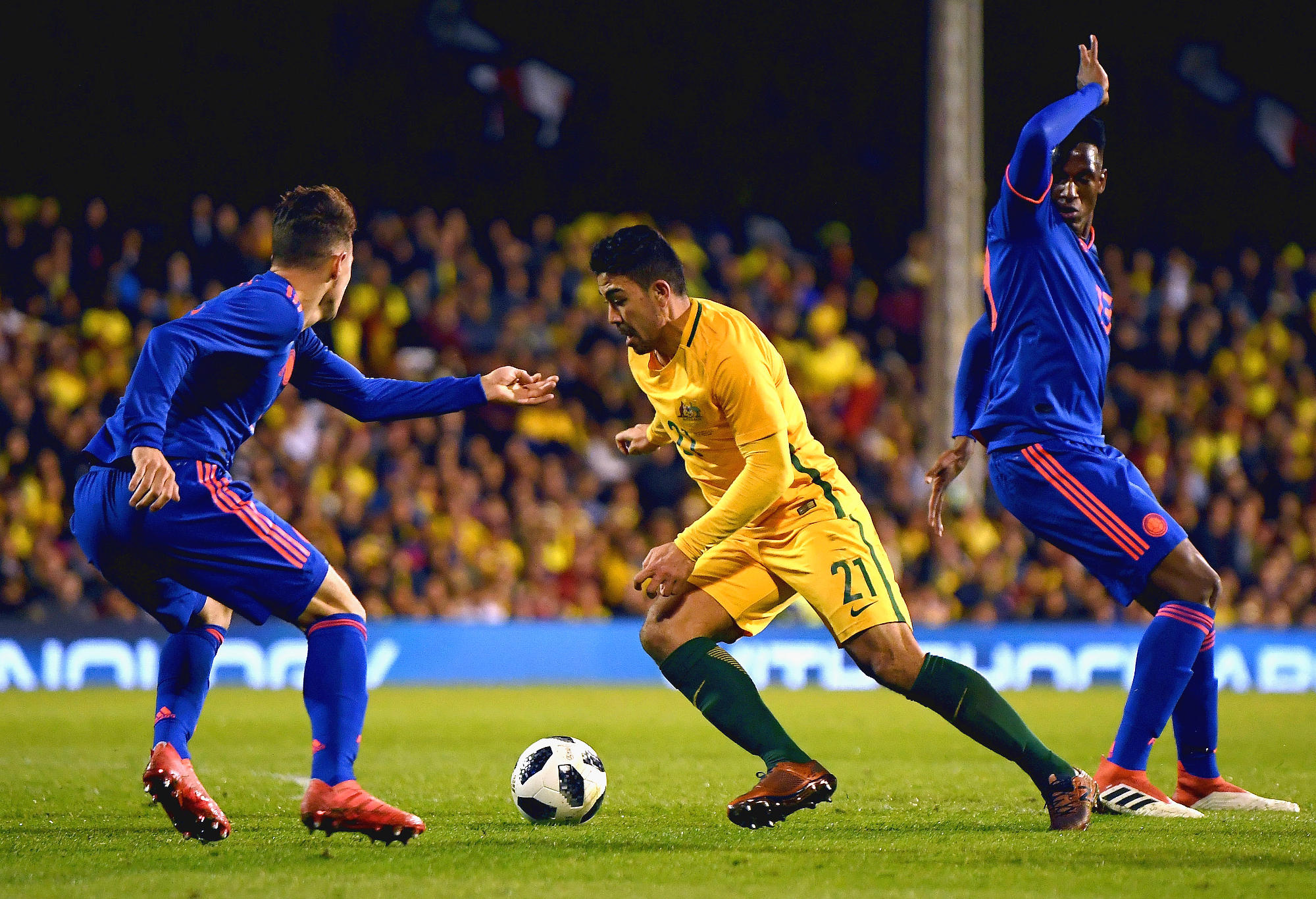 Van Marwijk appears to have developed a trust and belief in certain players in his short tenure and cashiered others. Trent Sainsbury, Mark Milligan, Matthew Leckie, Jackson Irvine and Andrew Nabbout appear to be favourites.

Tim Cahill, Jamie Maclaren and Massimo Luongo look to be somewhat on the outside.

It would be nice to see something a little more adventurous against Peru. While the manager’s rigid approach has worked to a certain degree, Socceroo fans appear to be craving a little more of our national spirit and sentimentality in selection.

Let’s hope we see it when we take to the pitch on Wednesday.