The five most memorable moments from the 2018 Winter Olympics

The Olympic stage is one like no other. It’s where the best athletes from around the world gather to compete for their place on the podium and in history.

The 2018 Winter Olympics, held in Pyeongchang County, South Korea, were filled with excitement, surprise, and disappointment.

Here are five of the most surprising and memorable moments from this year’s winter games.

1. The Russian doping scandal
The Olympic opening ceremonies are an event like none other.

The flags, the music, and the culture create an unforgettable experience and atmosphere.

Sadly, the games were kicked off with some negativity. Nearly 170 Russian athletes were forced to walk as part of OAR – the title of Olympic Athlete from Russia – due to allegations that performance enhancement drugs were used.

This decision was based, in part, to the accusation that the Russian government and athletes cheated in the last two Olympic games.

This meant they could not wear their country’s colours or carry and display the nation’s flag.

Another hit came when it was announced that none of the medals earned at the 2018 winter games would go toward the country’s total Olympic medal count.

The decision to let the athletes compete under the title of OAR was a compromise over banning Russia from the Olympics completely.

OAR walked away with 18 medals in total.

2. Chloe Kim’s gold medal win
So many firsts occur at the Olympics.

Chloe Kim’s gold medal win was another one for the history books as she was the youngest snowboarder to ever claim the top spot at the Olympic games.

Only 17 years old, Kim handled herself with poise and humility following her epic run – but winning the gold wasn’t the only first for Kim at Pyeongchang.

She became the first female to land consecutive 1080s in the halfpipe, which she did even after it was evident the gold medal was within her grasp. Her finals core was an unmatched 98.25.

Kim’s victory earned her a spot in history, on the gold medal podium, and endorsements from Nike and Toyota, just to name a few. 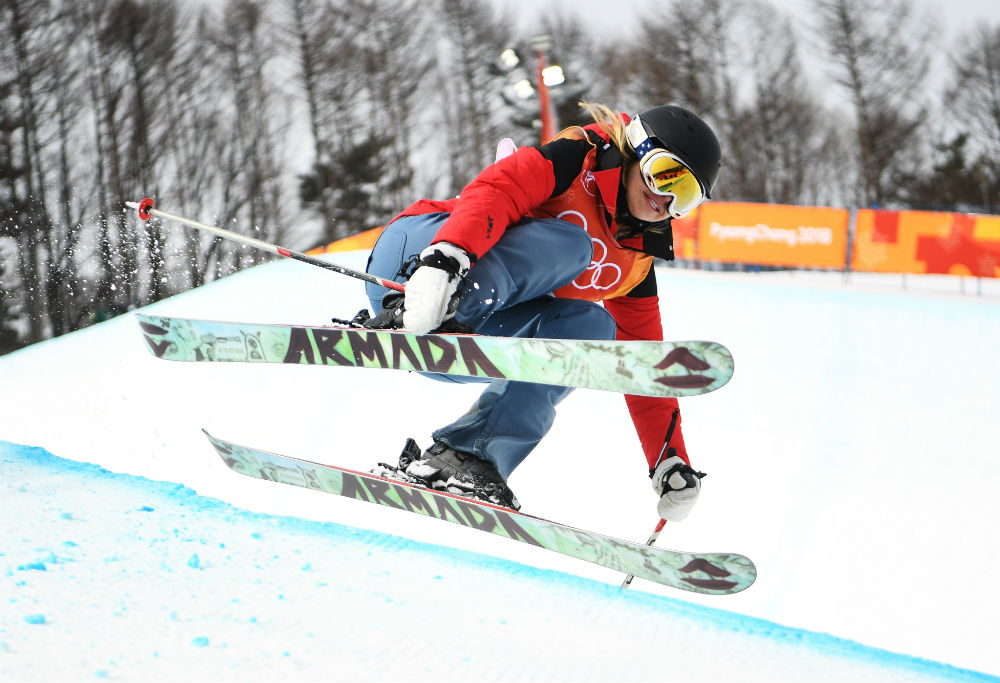 3. Ester Ledecka’s double win
Merely getting to the Olympics is a monumental feat. It means you are one of the best in your sport.

But at the 2018 winter games, Ester Ledecka proved that mastering one sport just wasn’t enough for her.

She dominated in both alpine skiing and snowboarding, an achievement that hasn’t been seen in over 90 years.

Ledecka, who is just 22 years old, was the first snowboarder to ever claim the gold medal spot in alpine skiing.

A week later, she claimed another gold medal in snowboarding’s parallel giant slalom. What’s even more amazing about this young athlete is that she didn’t seem to understand the weight and importance of her accomplishment.

While others coined her ‘the best athlete at the Olympics’, Ledecka considered herself just one among many.

4. Korean cheerleaders
You’re used to seeing these perky and beautiful ladies on the sidelines of American football and basketball games, but not at the Olympics. Until now.

An elite group of 230 handpicked, Korean cheerleaders could be seen, and heard, throughout the winter games.

These young women faithfully followed their Korean athletes from one event to another, offering support, encouragement, and entertainment.

They moved in perfect unison as they danced, sang, and proudly waved their country’s flag.

The cheerleading crew’s mission was to spread excitement and positivity as they captivated audiences, athletes, and the media.

But there was some underlying uncertainty about their presence at the winter games due to the ongoing political strife between North and South Korea.

For the most part, seeing cheerleaders on the sidelines of the Olympic games is something we could really get used to.

5. USA Women’s Ice Hockey wins gold
Always a bridesmaid, never a bride. That was the sentiment felt by America’s women’s ice hockey team, who hadn’t brought home a gold medal in 20 years. Until the 2018 Olympics that is.

As if the tension of facing the four-time defending Canadian team wasn’t enough pressure, the gold medal victory was decided in a sudden-death shootout.

The 2-2 tie was broke with a back-to-back score and save by the US women’s team. What made this victory even more satisfying is that the three of Canada’s four previous gold medal wins included defeating the USA team in the finals in 2002, 2010, and 2014.

And what’s even more astonishing is that due to contract negotiations and a strike by the women’s ice hockey team, they almost missed their appearance at the winter games. Luckily, a settlement was made and they not only competed but came to win.

The 2018 Winter Olympics were filled with politics, positivity, and lots of firsts.

When you gather thousands of amazing and talented athletes from around the world to compete in some of the most memorable sporting events of all time, they are sure to perform and please.

The 2018 winter games were no exception.