You booze, you lose: Why the NRL must ban alcohol ads

The NRL has a problem. And it is afraid to admit it.

Earlier last week, a report released by La Trobe University found that on State of Origin nights there was a 40 per cent increase in domestic assault incidents and approximately a 70 per cent rise in non-domestic assaults.

Anabelle Daniels, CEO of Women’s Community Shelters, said: “I think there is such a strong sporting culture around the combination of alcohol and gambling and winning that can potentially be quite toxic in certain situations.”

The majority of reactions from the rugby league community were defensive, claiming it was inappropriate to target Origin specifically as contributing to the rise in violence.

They were right. State of Origin, and more generally rugby league, is not solely to blame. It is only a microcosm of what is a national issue. That does not mean, however, that nothing should be done about it.

Many people have dismissed the statistics because they unfairly portray rugby league as a breeding ground for violence and misbehaviour.

We know that, on the playing field, this could not be further from the truth. For every Matt Lodge, there is Trent Merrin, who dedicates his time to mentoring a program called Building Young Men, which helps troubled teenage boys find their way. Even Jackson Hastings, who has been condemned as the outcast at the Sea Eagles, is an active contributor to ‘Pass it on Clothing’, a charity which serves as a wardrobe station for the homeless.

However, the recent statistics should not be viewed as a criticism of our players. Nor should they be interpreted as an attack solely on rugby league. Rather, they should be seen by Greenberg as a call to action. A call to reduce alcohol advertising at rugby league games. 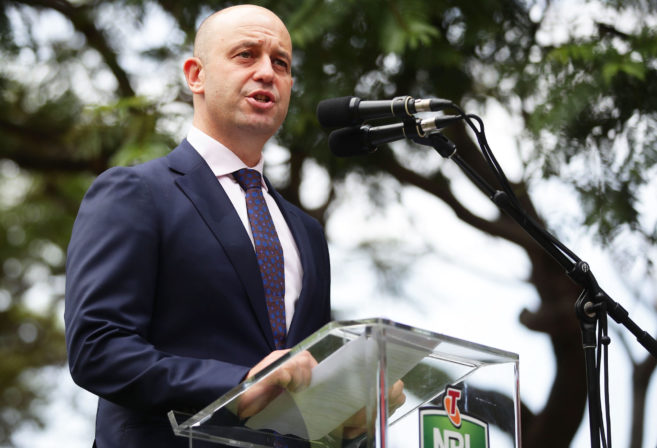 Back in 2013, then Canterbury fullback Ben Barba was the poster boy for rugby league after carrying the Bulldogs to the 2012 Grand Final. The following year, he had fallen apart following a break-up with his long-time partner, with Greenberg admitting the star fullback was “ill and needs helps.”

The root of his problems, according to Greenberg, were alcohol and gambling.

Barba received counselling and the full support of the NRL. It is one of the things our game is good at – looking after those who go astray.

The Daily Telegraph’s Jessica Halloran recently wrote that players who assault their partners should be given life bans and forgotten by the NRL. Fortunately, Greenberg does recognise that these situations are far more fragile and should be handled with more care.

I certainly do not condone the behaviour of such players yet we should not exile them. Although Barba was never convicted, he was still given the time and professional help necessary so he would come back to the game a better and happier person.

I commend the NRL for support they offered players such as Barba in overcoming his issues with alcohol and gambling. Now it is time they do the same for both current and future fans of the game.

On Friday night, we witnessed a significant step in the progression of women’s rugby league. The women’s State of Origin match promoted equal opportunity and it should see the NRL’s fan base grow as a result. At the same time, studies such as the one conducted by La Trobe University will also leave women wondering whether rugby league is the supportive and welcoming sport it claims to be. 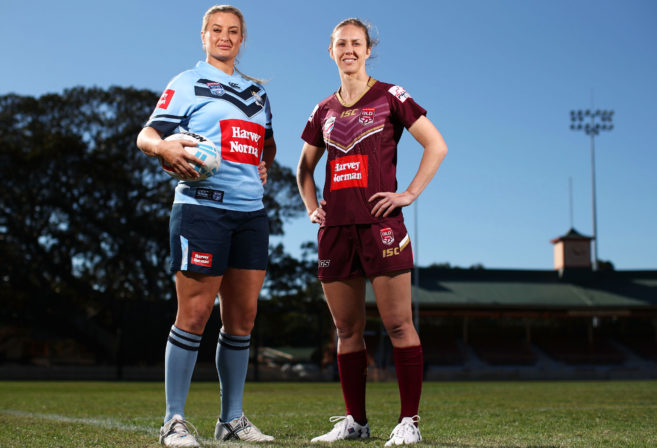 Young families too may be cautious to embrace the game. According to a national poll commissioned by the Foundation for Alcohol Research and Education, nine in every 10 Australian parents oppose the high volume of alcohol advertising their children are exposed to during sports games.

This is not a problem facing just rugby league. However, if we are going to promote ourselves as a code, surely it makes more sense to change.

France, Russia and Denmark are just a few examples of countries who have successfully removed alcohol sponsorship from sport without any significant impact. Even here in Australia, leading sporting organisations such as the Football Federation of Australia, Basketball Australia and Netball Australia have agreed to end all alcohol sponsorship agreements. In return, they shared $25 million in replacement funds from the Government.

The NRL’s largest current sponsor is Telstra, with its most recent contract estimated to be worth $6.5 million. This is almost four times greater than their largest alcohol sponsor, Carlton United Brewery, which is worth $1.5 million.

If the NRL was able to find such significant economic profit from sponsoring a company such as Telstra, surely there are several other alternatives to alcohol and betting companies that can have a less destructive impact on our culture.

I doubt that many rugby league fans would abandon the game if such restrictions were put in place. On the flipside, it would send a clear message to potential supporters that the league is serious about addressing the toxic sporting culture Ms. Daniels referred to earlier.

The social aspect of rugby league is always going to involve alcohol and gambling. That will not change. It is unrealistic to think that it will and people do need to enjoy themselves.

The NRL is fantastic at supporting players and putting programs in place to educate them about the dangers of both alcohol and betting.

However, their approach must be more holistic. It needs to incorporate the entire rugby league community. They have no control over whether we choose to drink or gamble. That is our choice. They do, however, have the power to make this choice a harder one rather than profiting from it.

Only earlier this year, the government announced a $120 million ban of gambling advertisements during live sports between 5.00 am and 8.30 pm on commercial free-to-air TV, radio and pay TV.

The real problem with gambling commercials is how they unrealistically portray betting as a fun game, conveniently leaving out the detrimental impact it can have. It will not completely solve the issue, but at least it was a solid first step towards fixing the problem.

The NRL also still has a problem with not admitting that, although not being directly responsible, it can at least make a positive change to both issues.

The least they can do is send a message that it recognises the role sport can play in combating Australia’s potentially toxic drinking culture.

That starts with banning the ads.