Who would have thought that one decade later, the status quo at the top of the men’s game would be the same?

Federer and Nadal, now 37 and 32 respectively, are still the top two-ranked players in the men’s game, and have split the last four Grand Slams between them (Federer won Wimbledon 2017 and the 2018 Australian Open, while Rafa won the 2017 US Open and last month’s French Open). It’s a remarkable feat, by any standards.

Having skipped the clay-court season, Federer looks primed for a good tournament here, having won in Stuttgart and lost in the final in Halle to Croatian rising star Borna Coric. Federer finds himself in the same half of the draw as his vanquished opponent in last year’s final, Marin Cilic, while fellow contenders Nadal, Novak Djokovic, and the newly returned Andy Murray are in the other half.

Murray is in his first tournaments back after a year-long injury layoff, and he played well in Queen’s and Eastbourne, but faces tricky Frenchman Benoit Paire in the first round, and could go up against 23rd seed Denis Shapovalov in the second round, given he’s unseeded here for the first time in many years.

There are two first-round matches of particular note here – one is the all-French encounter between the laconic Gael Monfils and Richard Gasquet, while the second features sixth seed Grigor Dimitrov against former Wimbledon quarter-finalist and three-time Slam champion Stan Wawrinka.

Dimitrov may be cursing his luck, having to face a player of Stan’s quality in the first round, but the fact is Wawrinka has been on a slow comeback from injury issues that derailed his 2017 season, so this match will be a litmus test of where he is at. 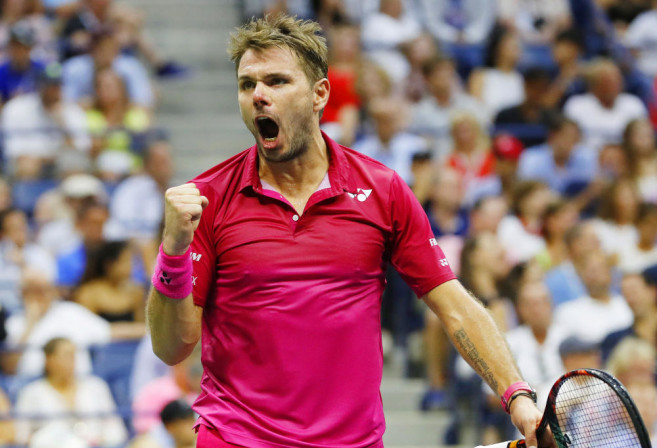 For the Australian contingent, there was mixed news. Nick Kyrgios, seeded 15th, has been in good lead-in form, losing a close match to Federer in the semi-finals in Stuttgart, and should progress fairly comfortably to the third round.

Awaiting him there could be Bernard Tomic, who, despite losing in the final round of qualifying, finds himself in the main draw courtesy of a late withdrawal of 14th seed Roberto Bautista Agut. Perhaps this stroke of luck is what Tomic needs to restart his career – after all, it was his quarter-final run here in 2011 that really announced him to the world.

Tomic opens against Hurkacz of Poland, but then faces a possible tough second-round match against Kei Nishikori.

The other good news on the men’s side is that qualifier Jason Kubler has avoided facing a seed in the first round. The 25-year-old was a junior champion but has spent the last several years in tennis wilderness as he dealt with numerous injury issues. He grew up playing on clay courts, and grass hasn’t traditionally been his strongest surface, but it’s fantastic for Australian tennis to see him back playing well.

James Duckworth plays fourth seed Alex Zverev, while Matt Ebden will open against tenth seed David Goffin. John Millman has a relatively easy first round, facing Italian Travaglia, but has, for what seems like the umpteenth time at Grand Slams, been handed a tough draw after that; he’s slated to face former finalist Milos Raonic in the second round. The upside here for Millman is that Raonic is himself coming back from injury, and is not at the peak of his powers.

Wildcard Alex De Minaur, who has been in terrific lead-up form, plays Roland Garros semi-finalist Marco Cecchinato in the first round and could face grace ace Misha Zverev in the second. Unfortunately, popular young Australian Thanasi Kokkinakis lost in the third round of qualifying. 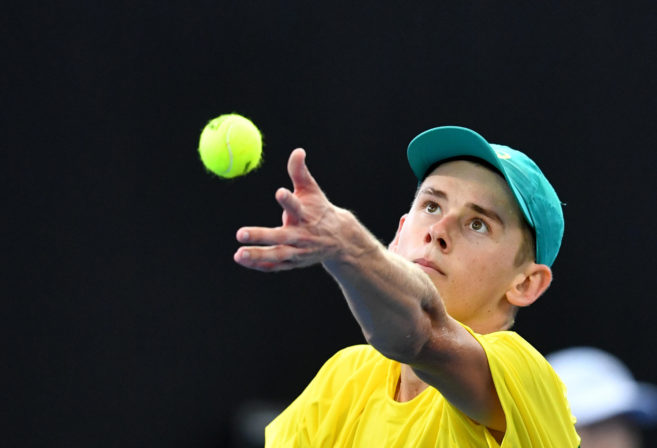 Looking at the women’s draw, the intrigue here surrounds the fact that Serena Williams, despite being ranked outside the top 100, has been seeded 25th. Given her status as a five-time Wimbledon winner, it was expected that tournament organisers would hand her a seeding, the question was what number it would be.

Twenty-five means Williams gets a fairly easy first two rounds, but then faces a top-16 player in the third; all going to plan on her side of the draw, this should be fifth seed Elina Svitolina.

Roland Garros champion Simona Halep will be aiming to be one of a handful of players to achieve the rare French Open/Wimbledon double, and has been handed what appears to be a favourable draw, with 30th seed Anastasia Pavlyuchenkova being the first seeded player she could face, in the third round.

One particular draw quirk here is the return to professional tennis of former Wimbledon and US Open finalist Vera Zvonareva. She suffered multiple injuries in the latter stages of her career, followed by a hiatus from the sport to have her first child. Having won through qualifying, this will be her first main-draw Grand Slam match for three-and-a-half years. She has a tough first-round match, facing two-time Grand Slam champion Angelique Kerber.

The Australian contingent have unfortunately been handed some difficult assignments. Australia’s top-ranked player, Ash Barty (seeded 17), opens against Stephanie Voegele, but could then face former top-ten player Eugenie Bouchard or up-and-comer Yulia Putintseva in the second round, en-route to a showdown against rising star Daria Kastakina in the third round.

However, Barty would fancy her chances to make it at least as far as the fourth round here – grass is her favourite surface, and she has been in excellent form to start the season, winning the Nottingham title. 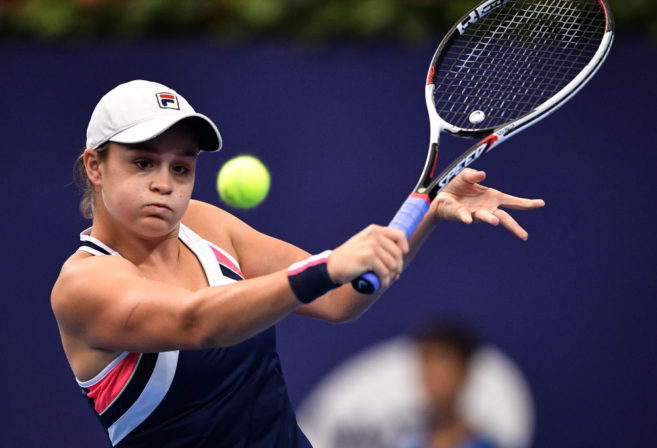 Another Australian in the draw, Ajla Tomljanovic, continues her return from injury, but has a tough assignment, having drawn tenth seed Madison Keys first up.

If Daria Gavrilova and Sam Stosur can win their first-round matches (against Zarina Diyas and Shuai Peng respectively), they’ll face off in the second round. It’s unusual to see Stosur without a seeding; she enters Wimbledon ranked 86 in the world.

Grass is not her favourite surface, but there are suggestions that the courts this year are harder and the ball is bouncing higher, which could assist Stosur and her penetrating kick serve. As an excellent doubles player – she’s won two mixed doubles here, and been a runner-up three times in women’s doubles finals – she is well equipped to play well on grass, and perhaps not being seeded will remove some of the pressure she places on herself.