Injuries blow up the Maroons’ plans

Just when Kevin Walters thought he was settled on a team for game three, Greg Inglis breaks his thumb and all hell breaks loose.

Maroons captain Inglis is gone for at least a month, causing a major backline shuffle amplified by the decision to dump halfback Ben Hunt after the first two games.

Dane Gagai will shift to the centres as cover, with Brisbane’s Corey Oates returning out wide.

Injury dramas aside, there are still many reasons for Queensland to be up and about for this game – not least being avoiding an Origin sweep on their home deck.

It’s the last chance for a number of Queensland players to remind Walters that they’re able to do a job for the Maroons next year.

It’s Billy Slater’s last State of Origin match. Slater’s impact on the team was one of the things that stood out in Game 2; patrolling the defence, organising his team and coming into the attacking line almost as another half.

Game management is a somewhat under-appreciated aspect of Slater’s game that we didn’t get many chances to see with Cameron Smith, Cooper Cronk and co. out there. It would be fitting that he finish his Origin career as Queensland captain now that Inglis is out. 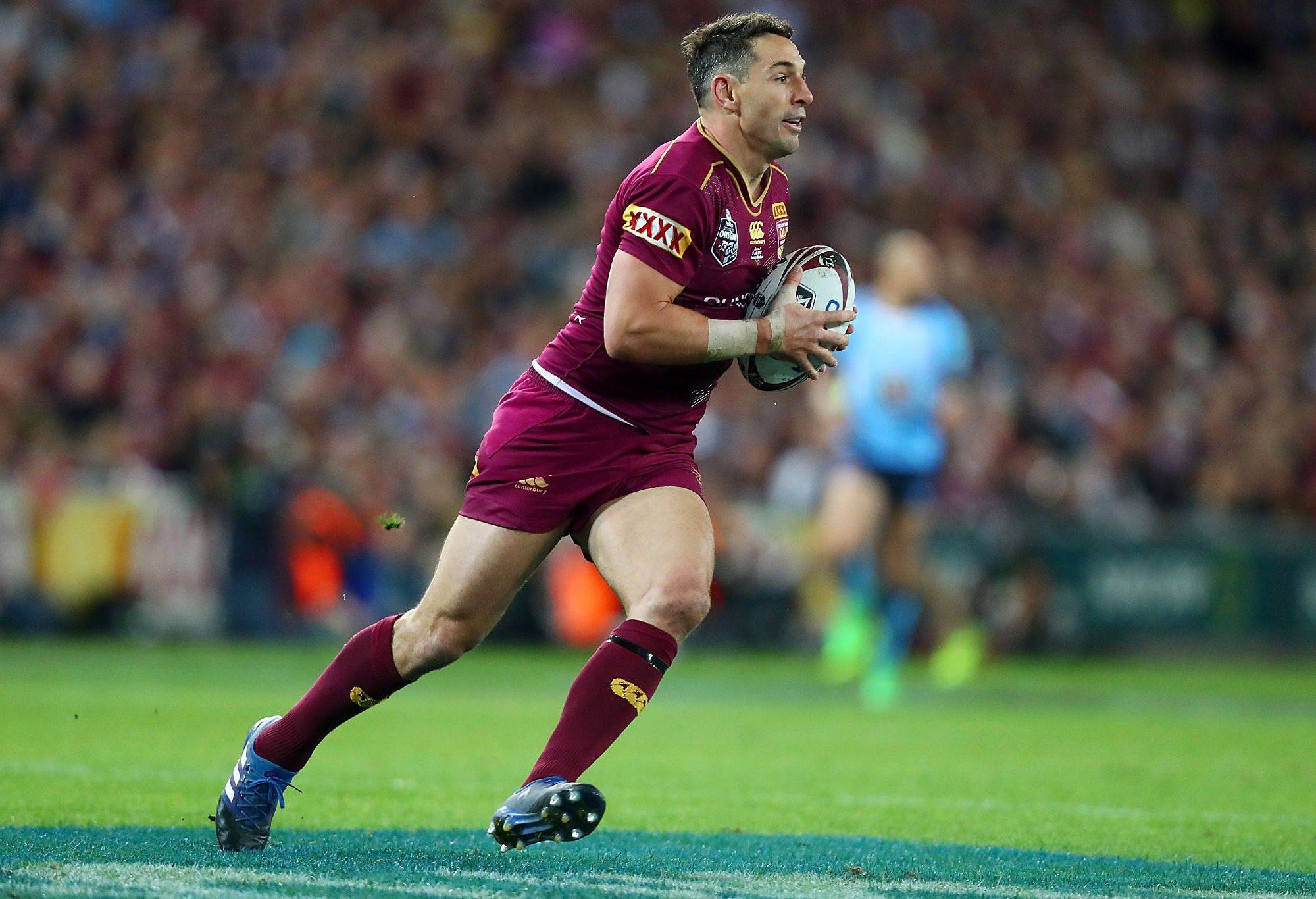 As well as Inglis, Kalyn Ponga is gone too and also prop Dylan Napa (named as 18th man, but expected to be ruled out).

Jai Arrow comes in for Napa, but I’m still pushing the barrow for Brisbane’s Joe Ofahengaue to start in the Maroon pack. For mine, he’s got a long career ahead in the Queensland jersey.

We’ve mentioned all series that New South Wales aren’t the only side to be turning over their squad. Queensland has been able to bring through new blood under cover of victory, with eight debutants last year.

Ponga’s Origin debut in Sydney was relatively short but very sweet, giving us all a glimpse ahead to some really fun State of Origin times.

But Queensland’s other 2018 debutantes learned very quickly how big the step up from the ‘real world’ of club football is to State of Origin.

The Gold Coast’s Arrow has been solid in his first Origin series. Kaufusi had his concerns in Melbourne but grew into Game 2. McCullough has done what has been expected of him.

But after two middling games Hunt has been banished to the bench, replaced by Manly’s Daly Cherry-Evans in a perplexing move which raises a few questions.

If DCE is the answer now, why wasn’t he anywhere near the squad for the first two games? Does this mean the halfback role is his to lose going into 2019? Why not call on Titans half Ash Taylor instead?

I thought Taylor would be worth a crack off the bench to work alongside Cam Munster. He’s driven his club to some impressive wins of late, but I guess the spectre of 0-3 combined with the forced injury shuffles made bringing in another rookie bridge too far for Walters. Whether you can blood a young gun or not, avoiding the sweep is what Game 3 is all about. 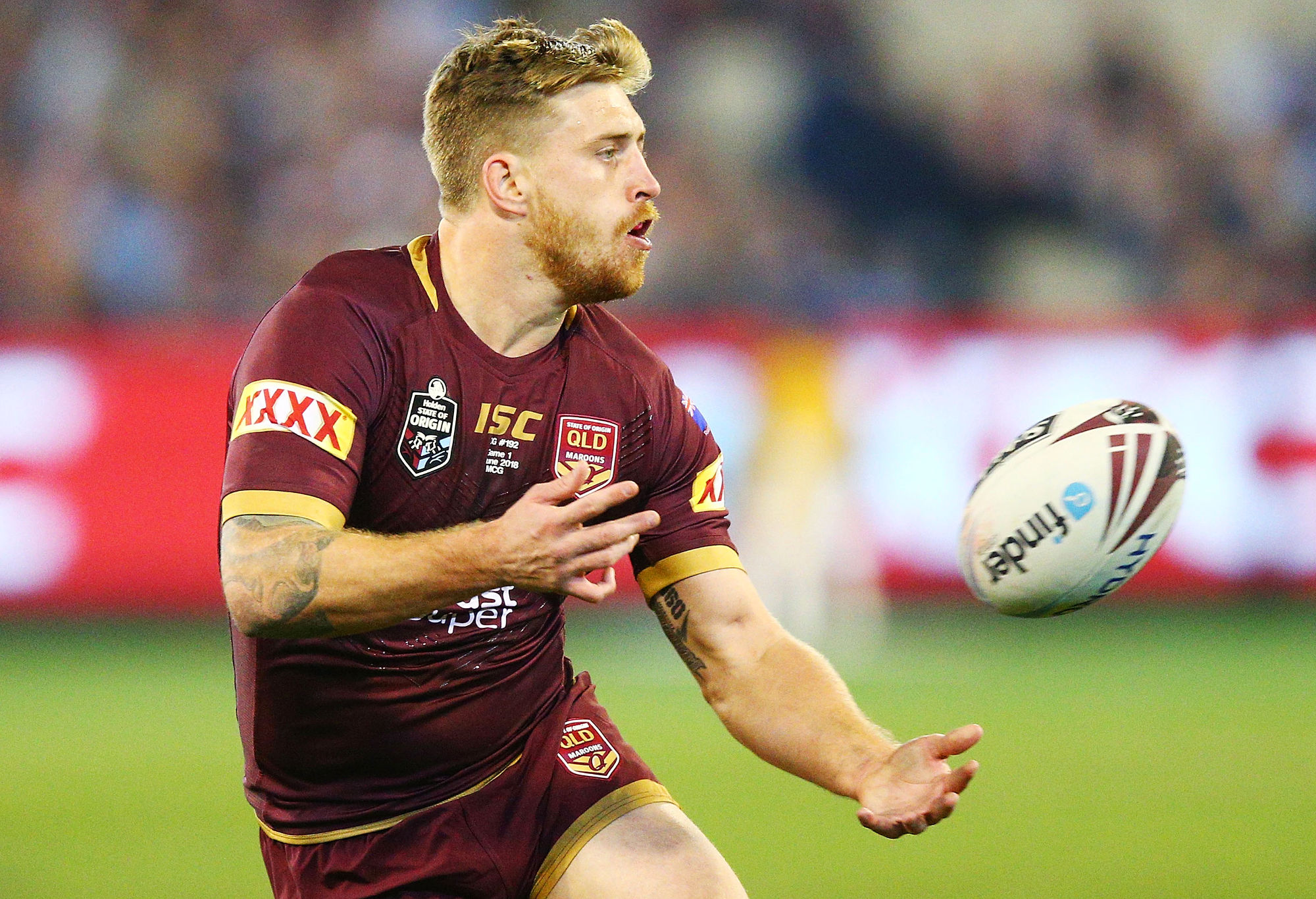 Cameron Munster of the Maroons (Photo by Michael Dodge/Getty Images)

Hunt was always under crushing pressure to deliver in the shadow of Cronk and Thurston. It’s a tough gig no doubt, but I’m surprised they pulled Hunt’s chute so quickly.

If you thought the pressure on Hunt was intense, think about what Jarrod Wallace faces after being highlighted by the Courier-Mail’s Peter Badel as the only starting front-rower for Queensland in the past 20 years to run for fewer than 50m in a game three times.

To state the bleeding obvious, Wallace needs to produce something good. Sticking tackles is one thing, but bending the line is more important.

There was talk that Maroons legend Johnathan Thurston would be brought in for a farewell Origin game, but the man himself has on numerous occasions poo-pooed the notion of coming back for one last turn.

In any event (arm in a sling or not), surely going out on the podium with the shield singing ‘Aye aye yippie yippie aye’ is much better than trying to salvage a hollow, face-saving victory?

Don’t fall for all the ‘Queensland is doomed’ noise out there. For all the injuries and shuffling this is still a really good line-up. They’ve hardly been dominated either – in fact they’ve controlled both games for long periods.

It’s going to be interesting to see how they perform for a rabid home crowd who will not accept anything less than a victory.

The Maroons have been in position to win both games until the final moments. If one or two things had gone Queensland’s way in Sydney, this game has a completely different complexion. But they didn’t and Walters’ men now need a focused 80-minute effort to avoid an Origin humiliation.