Before Tonga defeated Samoa 38-22 during the representative weekend, Jason Taumalolo called for a Test match between Tonga and Australia at the end of this season.

“The only way we’re up with those top-tier nations is if we’re playing them,” the Cowboys wrecking ball said, echoing the thoughts of all rugby league fans.

There has been a positive change across the international rugby league landscape after the recent World Cup, just when we thought the Kiwis and Kangaroos would comfortably reach another tournament final.

This began with the defections to Tonga of two of the game’s best forwards, Taumalolo and Andrew Fifita, seeing the Pacific nation then move to fourth in the world rankings, behind Australia, New Zealand and England – the three top-tier nations.

The rugby league world quickly turned their attention to Tonga in the World Cup when they defeated New Zealand in the group stages. After the semi-final, fans were left wondering what could have been had they scored a final-minute try against England – a win would have seen them meet the Kangaroos in the final.

Now there is an argument to say that Tonga have reached top-tier status, so the NRL and Rugby League International Federation (RLIF) must pencil in this much-anticipated Test against Australia.

Even more exciting would be the match-ups we would see as a result.

The Tongan forwards feature Taumalolo, Fifita, and young gun Tevita Pangai Jnr. Include the likes of Sio Siua Taukeiaho, Joe Ofahengaue and Manu Ma’u, and you’ve got a pack that could outmuscle any opposition.

Another string to their bow is that each of them have great attacking prowess, providing constant offloading threats and footwork at a level rarely seen in any other NRL forwards.

In the backline, there are points to be scored on both sides of the park, with the likes of Michael and Robert Jennings, Konrad Hurrell, Daniel Tupou and Will Hopoate. 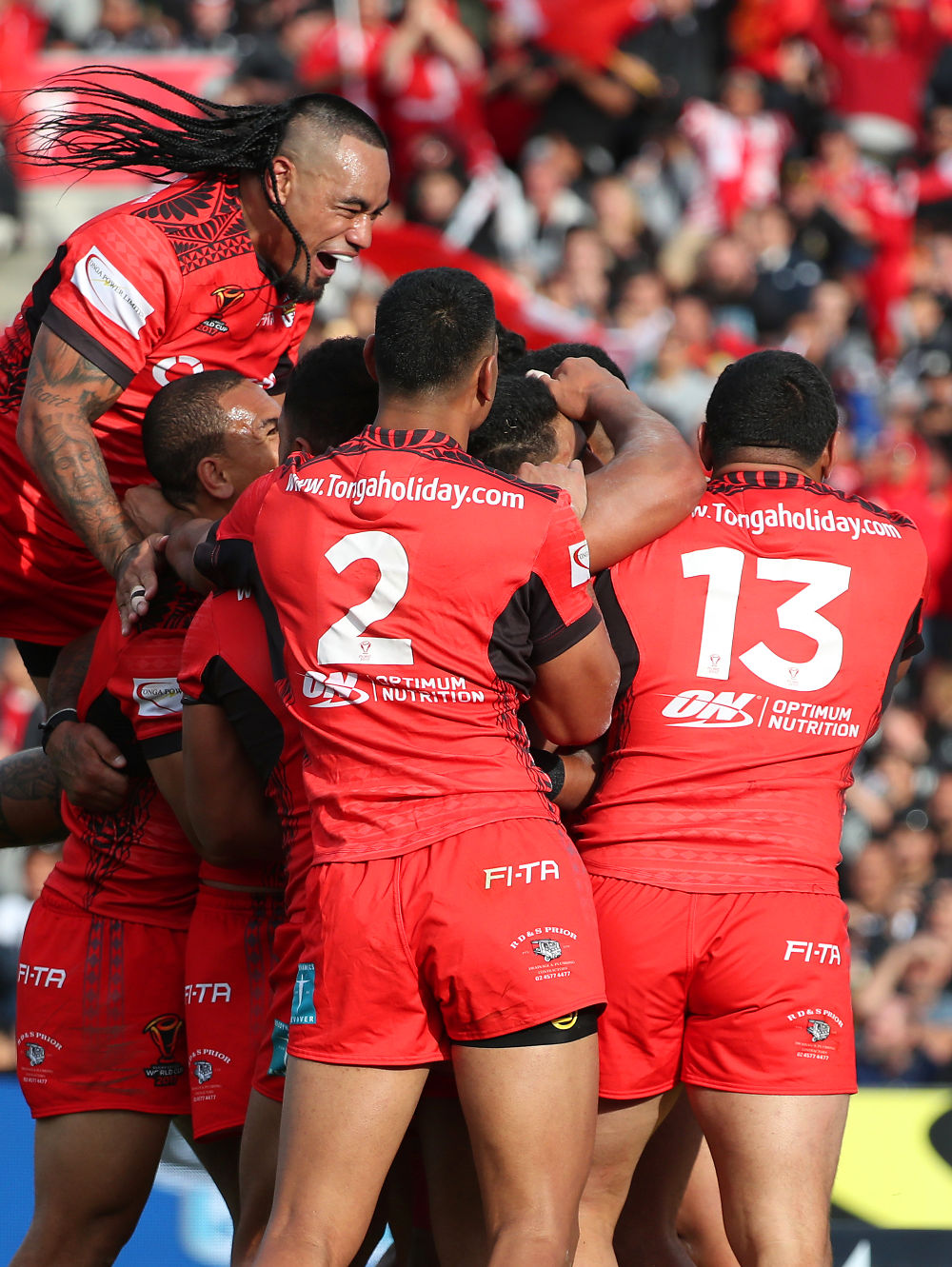 For the Kangaroos, a new-look side will be selected due to the representative retirements of Billy Slater, Cooper Cronk and Cameron Smith. When coach Mal Meninga picks his new faces, he should look to Brad Fittler’s successful State of Origin campaign, which has featured 12 Blues debutants so far, including Latrell Mitchell, Nathan Cleary and Damien Cook.

State captains Greg Inglis and Boyd Cordner should also be certainties, and surely there’s room for the best young talent in the NRL, Kalyn Ponga.

While Tonga may lack NRL experience in key positions compared to their opposition, their pack could give them the upper hand, leading to a potential upset against the reigning World Champions.

So now it’s up to the NRL and RLIF. Here’s an opportunity for international rugby league to regain its mantle as the pinnacle of our game.

We saw the players’ passion during the representative weekend, so be ambitious and hold the Test in front of a full house at Suncorp Stadium – or, even better, at Eden Park.

You name it and we will go there. The fans need to see it.