An Australian supporting England in most sporting endeavours is akin to high treason – an act so reprehensible, deplorable and unconscionable that the revoking of citizenships and forced registration on a public list would be fully justified.

The position of being Australian would be untenable.

There is, however, one English sporting team which I will never be able to muster the same loathing and animosity towards, unlike their detestable cricket and rugby teams.

That is the England football team, one of the most entertaining, amusing and dramatic teams to have bestrode the worldwide sporting landscape.

Where to start? 1966, The Hand of God, Gazza’s Tears, failing to qualify for tournaments, Beckham and Rooney’s red cards, Ronaldinho’s shot-cross, the Frank Lampard and Steven Gerrard conundrum, endless goalkeeping howlers, out of control egos and cliques, managers turning in to comedy figures by the end of their reins, and of course penalties – the torture of losing six penalty shoot-outs in seven attempts.

The 2002 World Cup was the first football tournament I properly sunk my teeth in to, after becoming a football fanatic throughout 2001, and I was more than prepared to watch 64 games of football in a month due to the favourable timezone for Australia.

With the Socceroos falling at the final qualification hurdle once more, I had to pick a team.

Picking England seemed a no-brainer to me, a self-confessed, fully fledged Anglophile who has soaked up and revelled in English and wider British culture my whole life – the amazing music, the brilliant humour and of course their addictive and passionate football culture.

I’ve even lived here for the past four and a half years to fully immerse myself in it all, which has shattered some illusions but also enhanced my outlook on other facets of life here.

Like many, I was drawn to football by watching the Premier League and its history-laden clubs, big personalities and, most importantly, the sheer visceral thrill of witnessing the limb-splaying pandemonium of the crowd behind the posts whenever a goal is scored.

The players I was watching every weekend all played for England (with the still exotically oddball exception of Owen Hargreaves), so it made sense to adopt them as my non-Socceroos team.

Cue 16 years of downright farce, and as the ever-more ludicrous ways to lose football games piled up, reaching its nadir with the Euro 2016 loss to Iceland, I was safe in the knowledge that I could never be as fully invested in them as actual English people, a safeguard for which I am forever grateful.

England’s dramatic penalty shoot-out victory over Colombia on Tuesday resulted in one of the most joyous outpourings of relief and ecstasy I have ever witnessed, reminiscent of the Socceroos’ own 2005 hoodoo-breaker, as the streets and pubs were jumping for joy.

Yesterday on the train, at work and in the shops, there was a palpable sense of World Cup fever, and I am more than happy to get swept up by it all.

‘It’s Coming Home’ is now being used as a greeting much like Merry Christmas in December, and as the ubiquitous song the phrase originates from is rocketing to number 1 on the charts, for the first time I can ever remember, all seems right with the England football team.

They might lose to Sweden this Saturday, and that would be alright due to the progress and feel-good factor engendered so far, but England will never, ever have a better chance to make a World Cup final. 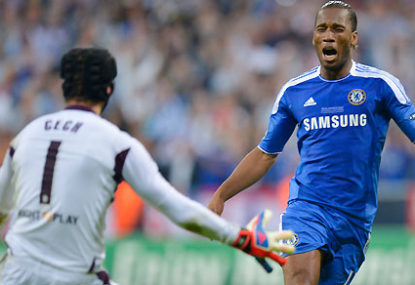