Super Netball: Things are heating up at the top

There are only five regular rounds remaining in the Super Netball competition this year and the race is on to see who will get one of the top four positions and compete in the finals.

At the moment, the top four is made up of the West Coast Fever (50 points), Giants (46 points), Melbourne Vixens (42 points) and the Queensland Firebirds (41 points). Sitting just outside on 39 points are the reigning premiers, Sunshine Coast Lightning, while the other team in contention is the NSW Swifts, who sit on 34 points.

The Collingwood Magpies are well outside the four on 26 points, but could potentially get back in touch with the finals contenders with eight points up for grabs this weekend when they play the Adelaide Thunderbirds, who are bottom of the ladder and still yet to register a win. At the start of this season, Super Netball introduced a new points system and its direct impact can be seen on the ladder as it currently stands.

Bonus points were introduced to encourage incentives for close finishes and quarter-by-quarter wins. A winning team can earn between five and eight points per game depending on how many quarters they have won during the match. For a losing team, they can be allocated between zero and three points.

If we take a look at the ladder, despite sitting in sixth position on 34 points, the Swifts have actually won more games than the Sunshine Coast, who sit five points above them on the ladder.

This is the first year that this system has been used, so it will be interesting to see how successful the competition deems it, particularly if a team misses out on finals because of the bonus points system.

There is also a question over how this new points system impacts the blooding of new players. With each quarter having added significance, rather than giving new players an opportunity, there have been situations where it looks like coaches are keeping their best players on the court for as long as possible.

But onto the netball this weekend. It’s a big round with some key match-ups. If the Magpies are to remain in finals contention they really need to get the eight points on offer when they play the Thunderbirds. In Sydney, we have a derby between the Swifts and the Giants. This game presents a golden opportunity for the Swifts to leapfrog the Lightning with a big win, as the Lightning are up against competition leaders Fever.

This round is also Indigenous Round. Whilst we’ve seen teams celebrate Indigenous culture before through Indigenous dresses, this year is the first time the competition has celebrated as a whole and it is appropriate timing given next week is NAIDOC week. 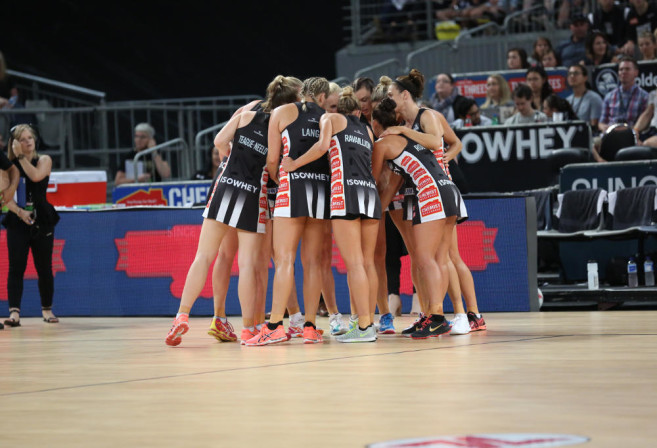 The Swifts and Giants unveiled their dresses on Wednesday through a small event which highlighted the importance of Indigenous culture, not just in netball, but also in wider Australian society and will hopefully encourage more Indigenous men and women to get involved in netball.

Each dress has a story. For the Swifts, their dress features artwork by Kamilario/Gamilaraay artist Dennis Golding. Dennis has been involved with several sports during his career, including assisting the South Sydney Rabbitohs with their past Indigenous jerseys. For the Giants, their dress has been designed by Krystal Dallinger who is a 16-year-old netballer.

While all this is happening on the court, off-court negotiations have already started between the teams and their players to finalise rosters heading into the 2019 season. Every single player in the competition is off contract this year. At the start of the new competition, players were only contracted for a maximum of two years.

Now, each club is working towards getting their rosters secured for the next three years. This week, teams have been given the chance to re-sign any of their 10 contracted players, replacement players or training partners. The teams will have his exclusive opportunity until the Monday following the grand final.

These are exceptionally difficult conversations for coaches and players to be having heading into the business end of the season. Some players will need to have challenging conversations with their clubs. There are also some coaches who are under pressure. I wonder how eager players will be to sign at a club where their coach is an unknown entity.

With finals on approach and contract negotiations underway, it certainly is going to be an exciting two months as we head toward the grand final in August.