The contenders flex, the also-rans diminish, and not a lot has changed

At face value, we didn’t learn a whole lot about the 2018 season in Round 16. But if you look hard enough, some novelty emerged.

In eight of the nine games, the team higher on the ladder beat their opponent – and mostly quite handily. The lone exception was Thursday night’s dour sludgefest, which we will discuss momentarily. When the games go chalk in this way, it is tempting to write the nine games off as mostly superfluous to the season at large.

That may be true. Save the latest twist in the Giants-Hawks-‘Roos waltz, the top eight looks broadly as it has for the best part of six weeks. Adelaide and Essendon remain two wins and a sizeable percentage outside of a finals berth, and every position from second through to eighth could change at a moment’s notice.

The lone change to the top eight teams was the GWS Giants falling from sixth down to tenth, with Hawthorn taking their place. However, the results being as they were has seen some change in the final seedings. Port Adelaide nabbed Sydney’s place in the top four, while the Dees and Cats have slid up a spot to sixth and seventh respectively.

Richmond, still, sit on top, with a win plus near-unassailable percentage gap (in the context of their season) over Collingwood and West Coast in second and third respectively.

If this were Round 23, what a delightful set of finals match-ups we would be afforded – particularly in the lower seeds. There is still a lot to play out, but now Hawthorn is in the eight it does feel as though we’re going to spend seven weeks working out who plays who in week one of the finals.

While the macro aspects of the league didn’t change a great deal, we still learnt a thing or two in Round 16.

For instance: conversion matters. For all intents and purposes, Geelong took Sydney to school on Thursday night, dragging them through the figurative SCG mud in a game played almost entirely on the Cats’ terms. But the final margin was just 12 points, and the Swans trailed by just two at the nine-minute mark of the last quarter. At that time, the score read as such: Sydney 8.4.52 to Geelong 6.18.54 – the Cats having twice as many scoring shots to go with their dominance across most other aspects of the game.

Melbourne were similarly wayward in their victory over Fremantle, although it hardly mattered in the same way it did earlier in the round. The Dees put up 37 scoring shots to 13; if Fremantle had kicked 13 straight Melbourne still would’ve won if they had converted less than a third of their scoring shots for goals. The Dees won the inside 50 count 78-28 in one of the most lopsided counts we’ve seen for half a decade. The Dockers were nowhere near it. 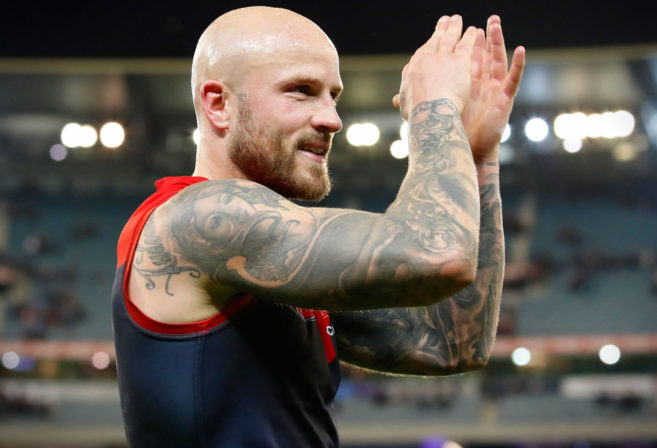 However, it was a golden opportunity lost for Melbourne to improve their percentage. The Dees jumped from 124.4 to 127.8 in the ladder-within-a-ladder, which is good. But had they converted scores at their season-long rate of 57 per cent, Melbourne’s percentage would have surged to 131.1 per cent, a clear eight percentage points over the third-placed (on percentage) Geelong. Those extra three or so percentage points will have come in mighty handy in the inevitable tiebreaker come Round 23.

And the Giants, who kicked 10.15 to West Coast’s 13.8, could have held their place in the top six if just a couple of their missed chances came good. Now they sit half a game behind, with the daunting prospect of Richmond (albeit at home) to come.

Which leads us to our second broad observation for the weekend: injuries are going to be pretty bloody important when it comes to deciding both who finishes where at the end of the season and beyond.

Take the Giants. GWS were far from disgraced against West Coast away from home, their midfield in particular putting on a quality show of both aggressive and efficient football. But they fell down forward, as they have all throughout 2018, on account of a makeshift small-ball forward line. Things are so dire for GWS inside the stripe that Adam Tomlinson spent some time at full forward.

West Coast is similarly weakened up forward, but have some more flex built into their list by virtue of the abilities of Jeremy McGovern. They look set to regain a number of their best players for this weekend’s crucial top four match up against Collingwood at the MCG. 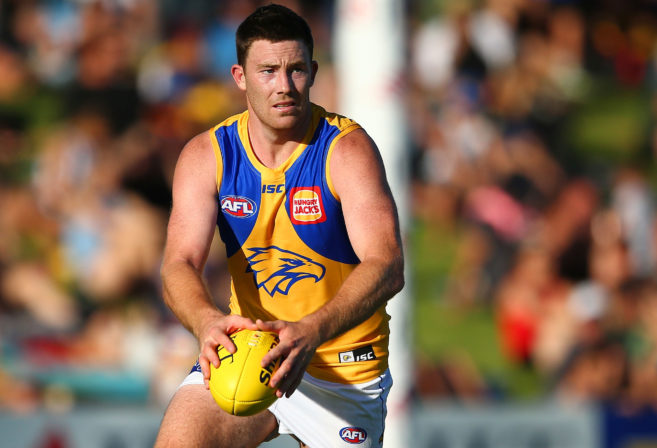 Richmond may be finally regressing to the mean from an injury perspective, after four of their players went down to varying degrees of severity in their win against Adelaide. Jack Graham and Nathan Broad will miss time, while it’s unclear whether Dan Butler and Daniel Rioli (reported as having groin soreness by AFL Media) will. 2018 best 22 players Reece Conca and Bachar Houli are already on the sidelines for a while yet.

Collingwood, maintaining their second position, may lose Will Hoskin-Elliott to a medial ligament injury, and newcomer Flynn Appleby will certainly join what is a fairly large injury list at the Holden Centre.

It may be a case of who can get their best players fit and firing together at the right time of the year. For some, that is the first week of finals. For others, that must come in the lead up in the jockeying for positions. Tuesday’s injury reports, already a must-read for football geeks, will become required material for the league at large.

Two injury-hit teams headline what looms as a meagre slate in Round 17. Sunday’s game between Collingwood and West Coast may play a significant role in determining which avoids Richmond in the first week of finals. Also on Sunday is a suddenly-crucial game between North Melbourne and Sydney; both teams have hit the skids in recent weeks and could see their finals and top four aspirations respectively weakened with a loss.

Outside of that, it might be a good weekend to ease off on the football fandom ahead of a much more lively Round 18.