Richmond aren't invincible. Here's how to beat them in September

Sitting a game and a whack of percentage on top of the ladder, this month’s AFL meme de jour is Richmond has the premiership sewn up. Not so fast.

The Tigers are sitting equal with a 1960s Melbourne team on the consecutive wins at a single venue streak table. Richmond has won their past 17 games played at the MCG, stretching back to a nine-point loss to Sydney in Round 13 2017.

Suffice to say that is pretty great. Richmond play 14 to 17 games at the home of football every year, and as a club it knows how to make the most of it. 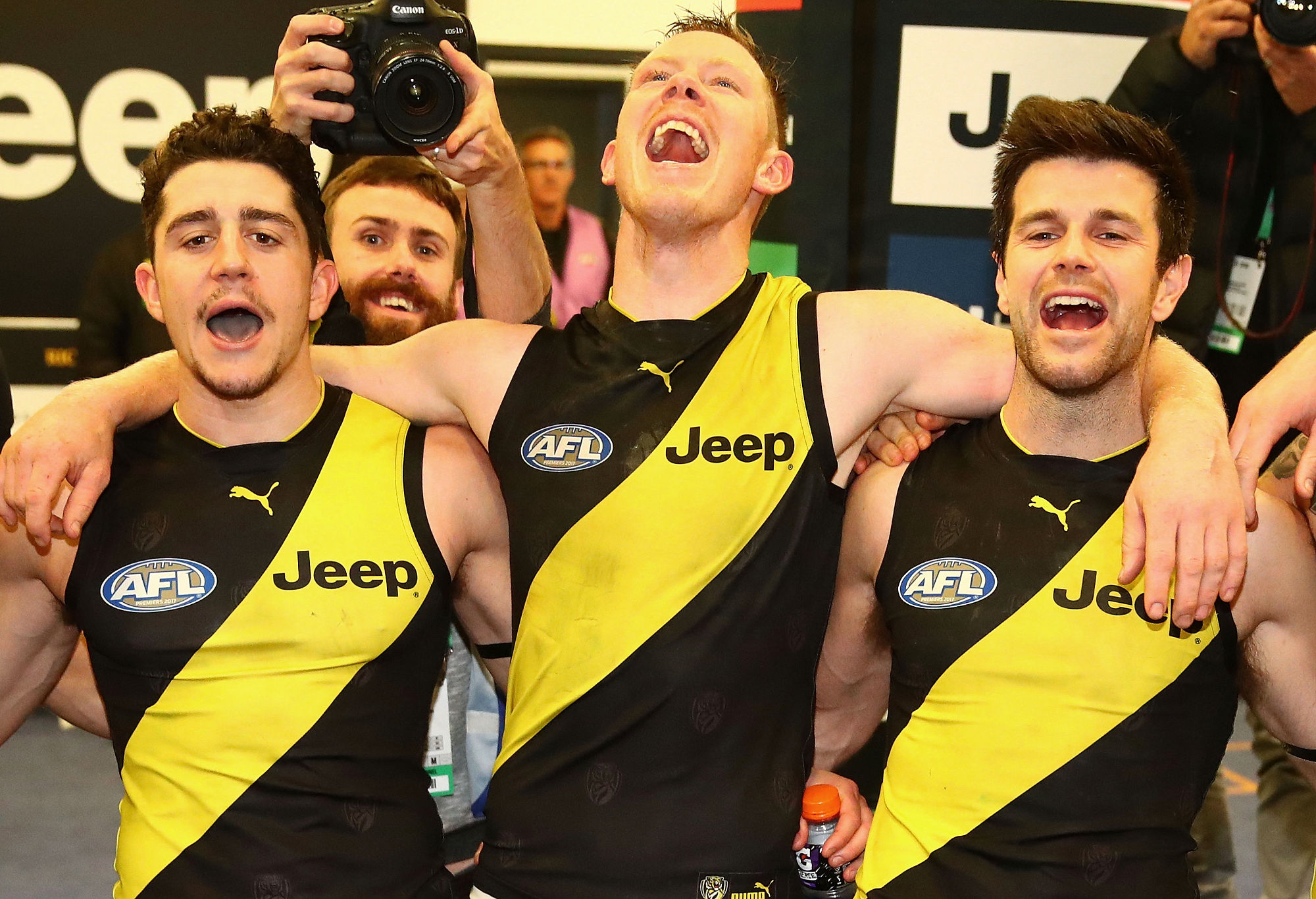 And given the state of the ladder, there is a strong chance Richmond has two, three or four finals games coming at the venue too. But let’s not tread over that old ground.

Ergo Richmond is in the box seat for this year’s premiership. That is before we consider its league-leading playing style, supremely talented top five (Shane Edwards is in here now), enviable depth and relatively healthy playing list (although this is less true now than it has been throughout the entirety of this current Richmond run).

I might have played a small role in this view going mainstream – to the extent an obscure footy blogger can influence such things. In Round 7 I wrote a column that pondered one simple but significant question: Can anyone catch the runaway Richmond? At that point the Tigers were 6-1 with a percentage of 154.8 per cent. The knock on that take was Richmond hadn’t played anyone yet: Carlton, Adelaide, Hawthorn, Brisbane, Melbourne, Collingwood and Fremantle. It’s not a murderer’s row but that slate looks tougher now than it did then.

Since that column Richmond has gone 6-2 with a percentage of 123.9 per cent – down from the quite extraordinary heights of the first third of the year, but still enough to see them well ensconced in the “second third” top four.

To show this, we need to bring out a couple of old favourites: Offensive Efficiency Rating and Defensive Efficiency Rating (OER and DER). It’s been a while. These are two metrics which plot how a team is performing using points for and against, comparing it to the rest of the teams in the competition year. An OER or DER of above 10 is good, 20 is great, and 30 is all-time. 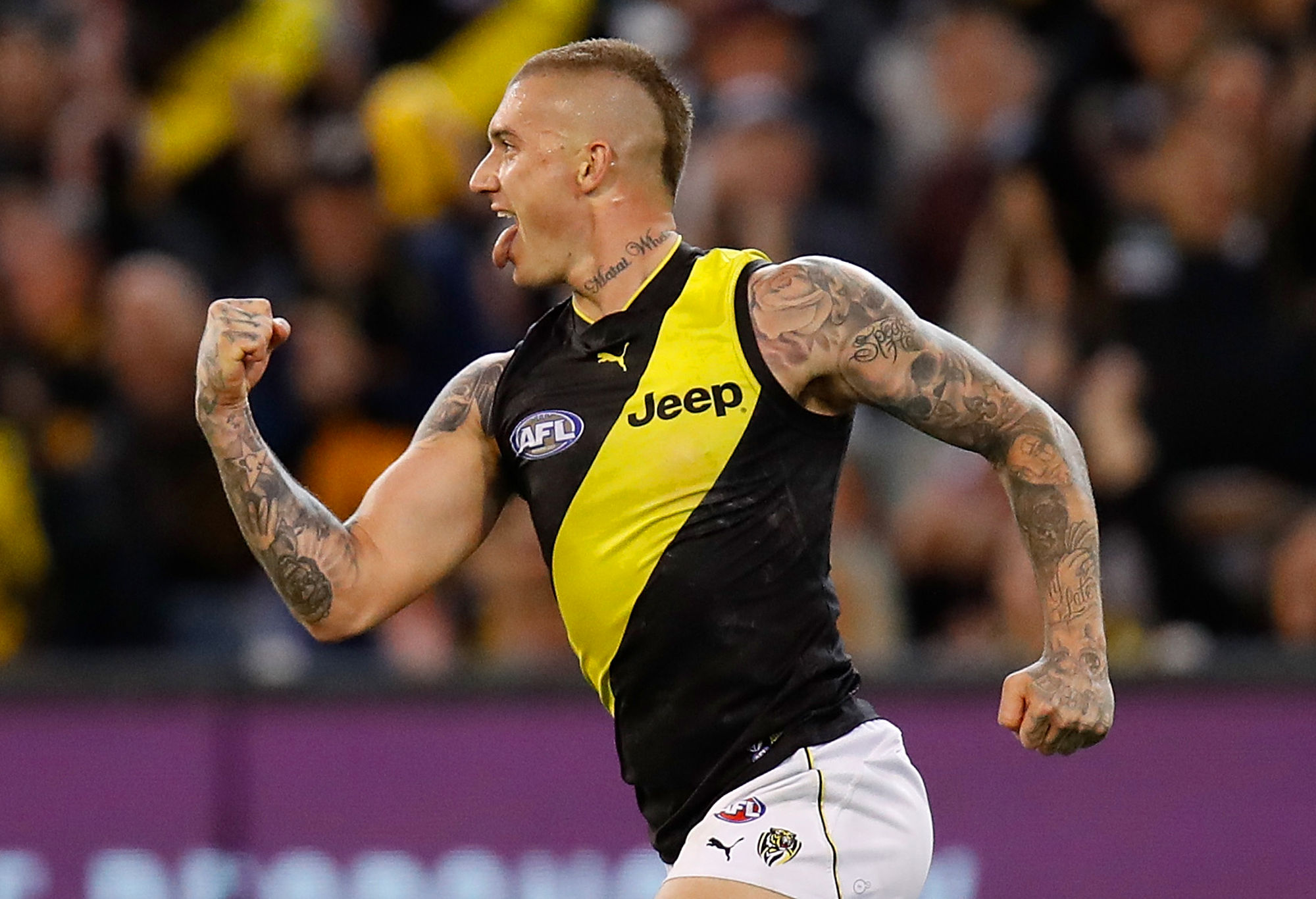 Indeed, the Tigers are only just tracking their DER from the 2017 season (+14.4); they have however sharply improved their ability to score after putting up an OER of just +1.2 last year.

That’s a lot of numbers but you get the idea. Richmond is a very good team, but it has not ascended to the heights of the modern all-time great teams in a manner you may expect from all the talk floating around the place.

In saying that, it is possible to win 22 games by one point each in a 22 game season. Winning is winning. Four points are four points and all that.

While not as invincible as the takes might make you think, it is clear from its recent record that the Tigers have a game plan that is difficult to beat. You know it by now but it’s worth refreshing here. Territory matters above all else, and to get territory Richmond has a need for speed – both by ball movement and by leg speed. They trust their team mates to make the right call with the next possession, and they move instinctively when the ball is in their hands.

Fancy Champion Data statistics would show the Tigers have one of the best time in forward half differentials in the league. Us mortals have inside 50 differential: at +8.8 per game it’s third in the league. It’s enabled by a league-leading forward press, enabled by the ball reading and high marking talents of its defensive set.

While Richmond doesn’t have the best differential in the game, part of its strength is its ability to withstand opposition thrusts. Richmond’s opponents have scored on just 38.7 per cent of their inside 50 entries, the best mark in the league (for the Tigers).

Having some of the best top end talent in the league – Dustin Martin, Alex Rance, Trent Cotchin, Jack Riewoldt and Shane Edwards – complemented by high quality rotation players and uniquely skilled role players makes it all happen. Cam Rose’s “free the guns” column from the middle of the 2016 season still rings in my ears when my mind turns to the Tiges.

It’s a business model that serves them well. But, it is vulnerable, as we’ve seen with Richmond’s three losses in 2018. It takes a special performance, as we’ll see below, but the Tigers are not unbeatable.

For a bit of fun, I’ve built a Tiger Killer Algorithm: a purely statistical look at which of the teams remaining in finals contention has the best shot of beating Richmond at the MCG. It’s based on how each team performs in its wins versus how Richmond’s average opponent has performed when Richmond has lost.

I’ve used what I think are five of the most representative statistics for Richmond’s performance in losses. These are (numbers in Richmond’s losses listed first, season long average for Richmond listed second):

Uncontested possessions per minute of possession by opponent
3.8 vs 4.6

That profile suggests opponents are looking to clog Richmond’s space around the ball, disallowing their ability to get into open space and move quickly. It also suggests their opponents are adept at moving the ball quickly themselves, given time in possession is high but the number of uncontested possessions per minute is low. 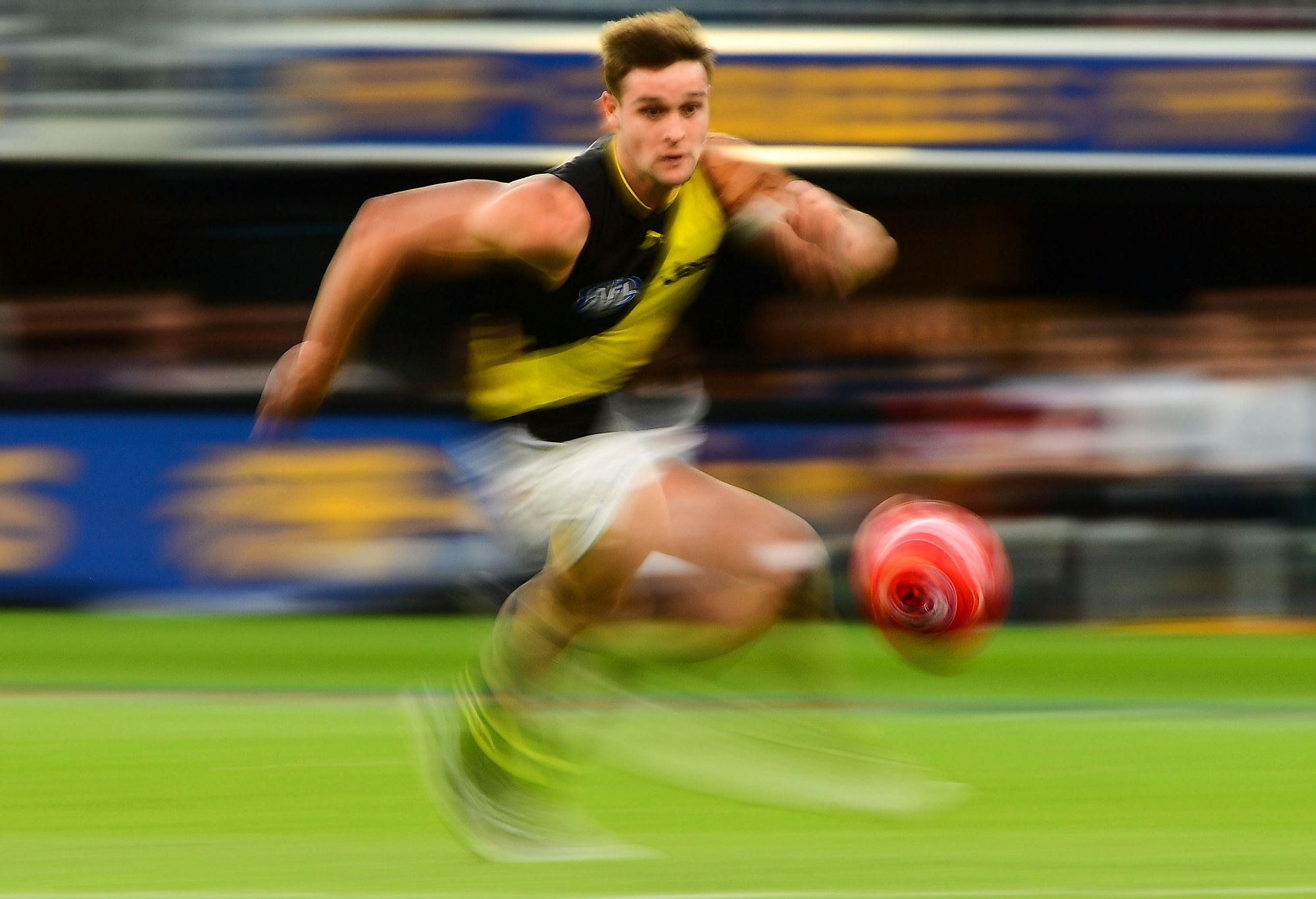 We’re ranking teams based on how their statistical profile in wins tracks the above. To do this, I develop a ratio of their stats to Richmond’s loss stats, with a number above one indicating the club is “better” at this and below one “poorer”.

Here are the results.

The Adelaide-based teams are the hope of the Richmond-loathing football public, according to this very cursory analysis. It is interesting to note Adelaide and Port Adelaide have doled out two of Richmond’s three losses in the season to date (the third coming at the hands of a pressure-heavy West Coast, playing a game completely different to the one they’ve built their season around).

However it is also interesting to note both of Richmond’s losses came at the Adelaide Oval, and the Tigers wiped the floor with the Crows at the MCG last Friday night. Still, the numbers suggest these two play “the most like” a successful Richmond vanquisher week in week out than any other in the competition.

The Crows are clinging to 2018 life, needing to win at least six and perhaps even seven of their remaining games to keep in the hunt. Still, this season has thrown up its share of craziness.

Port Adelaide is a much safer bet, given they’re on a five game winning streak and sit fourth on the ladder. Their lone MCG game in 2018 was a 21 point win against Carlton; Port Adelaide has one game at the MCG to come, against Collingwood in Round 22 (can’t wait for that one already).

On a more subjective basis, Port Adelaide’s Tiger Killer status makes sense. It has been playing a stoppage-heavy, high pressure brand of football this year, relying less on its aggressive forward press than over the past two seasons. It is a resource-intensive means to winning football games, the Power not quite reaching the heights of scoring potency I thought they had the means to in the preseason.

West Coast is an interesting case, if only because the Eagles beat Richmond earlier in the year. As we discussed in May, West Coast has devised a scheme that sees them avoid the maelstrom and chaos that Richmond and other press-heavy teams crave, with outside run, kicking and marking their jam. They scored well on the ball movement, kicking and time in possession categories in the algorithm, but very low on both tackle rate and contested possession total – a signal of the way they like to win.

Collingwood also seems like a strange outcome, but this to me is a sign of its tendency to handball rather than kick its way to victory. That’s fine, but Richmond’s pressure will create plenty of turnovers (Collingwood had 84 turnovers in its Round Six loss to Richmond, 11 above its season average).

Is it Port Adelaide or bust? Not quite. Richmond, and its quite extraordinary streak of wins at the MCG might make them seem invincible. History says however the Tigers haven’t quite reached the heights of the best teams of recent years. They might have another level in them; they might play a style that makes them near-impossible to beat; they might just be on a streak of good fortune.

Whatever it is, the season is far from over and this year’s premiership is far from decided – even if Richmond is a deserved favourite to win it all.