Why France's win has left me unsatisfied

There is something not quite right about France’s World Cup win.

That’s right, there is something unsatisfying about a young team that just won the World Cup, that is capable of repeated four-goal efforts in knockout World Cup matches, and has just unearthed the most exciting, fulfilling teen dream tale for 60 years.

France are very likely the most individually talented national team that has ever existed. Apart from their right-back, left-back and centre forward (Olivier Giroud did not register a single shot on target for the tournament), France have a better player in every position than any other team in Russia.

Hugo Lloris is the best keeper. Central defenders Raphael Varane and Samuel Umtiti are the backbones of superteams Real Madrid and Barcelona and both scored to win the quarter and semi-final. N’Golo Kante is sometimes the best defensive mid.

Paul Pogba, though inconsistent if played out of position, is sometimes the best attacking mid. Antoine Griezmann and Kylian Mbappe are already among the top five or so forwards in the world.

Why were they so uninspiring in all three group matches? Why did Argentina have a great chance for the 4-4 tying goal? Why did France strangle their matches against Uruguay and Belgium? Why were they so terrible for an entire hour against Croatia? 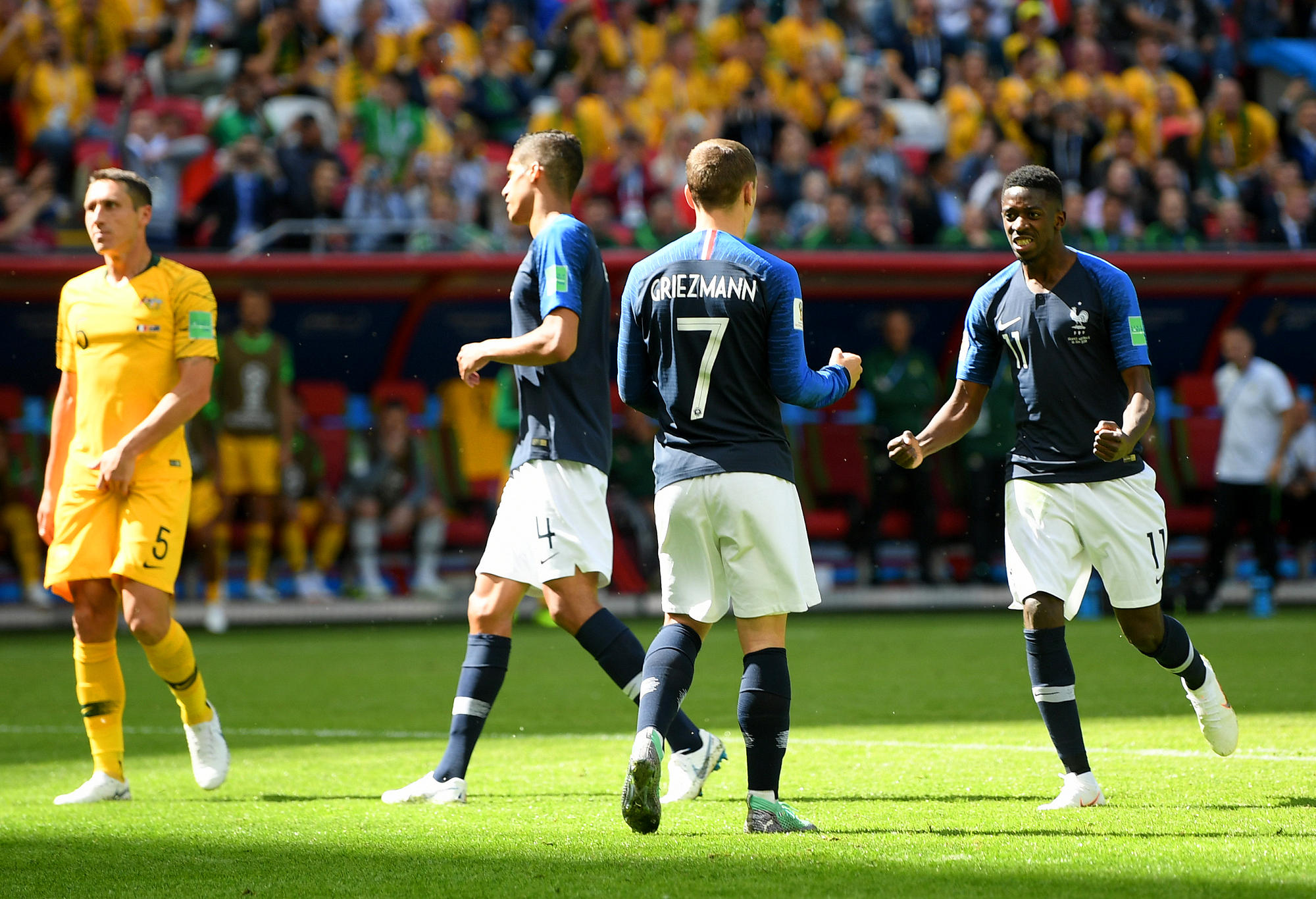 French players celebrate scoring a goal at the 2018 FIFA World Cup during a match in Kazan, Russia. (Photo by Shaun Botterill/Getty Images)

It’s true that previous World Cup winners Spain and Germany ground their way to their World Cup victories this decade. Football is a clunky sport and it’s arguably impossible to not have to sweat 1-0 wins against highly-committed opponents at the business end of a World Cup.

Unless, you know, you have an insanely gifted forward line that can pop home four goals even on an off day. Like, oh I don’t know, France.

But the difference is that Spain and Germany, even though established world stars, were committed to playing at their maximum, to all hands to the pump. Spain had the same issues as France – why don’t they cut loose? – but were not nearly as penetrative as France 2018.

France playing at their hypothetical maximum could take the sport to places never seen. They could conceivably have scored three-plus goals in every match, rendering the odd concession irrelevant, like Mario Mandzukic’s blooper-package goal was in the final.

But beyond this, France are winning for the same reason Real Madrid won the last three Champions Leagues. Because Real can pull out three goals on three isolated plays per game because their catalogue players have the skills to score every time they attack. France can simply pull out two brilliant long shots by Pogba and Mbappe to end it even though they did not have a shot on goal in the first half (the penalty excepted).

Why would either team have to buy into something greater than themselves? They don’t have to. They do not have to create a collective greater than the sum of its parts. They do not have to aspire to the intangible greatness of players working out passing moves, suffering together, being each others’ mates for two decades. They just have to give the ball to Mbappe and sit back, or have Varane head in a corner kick. 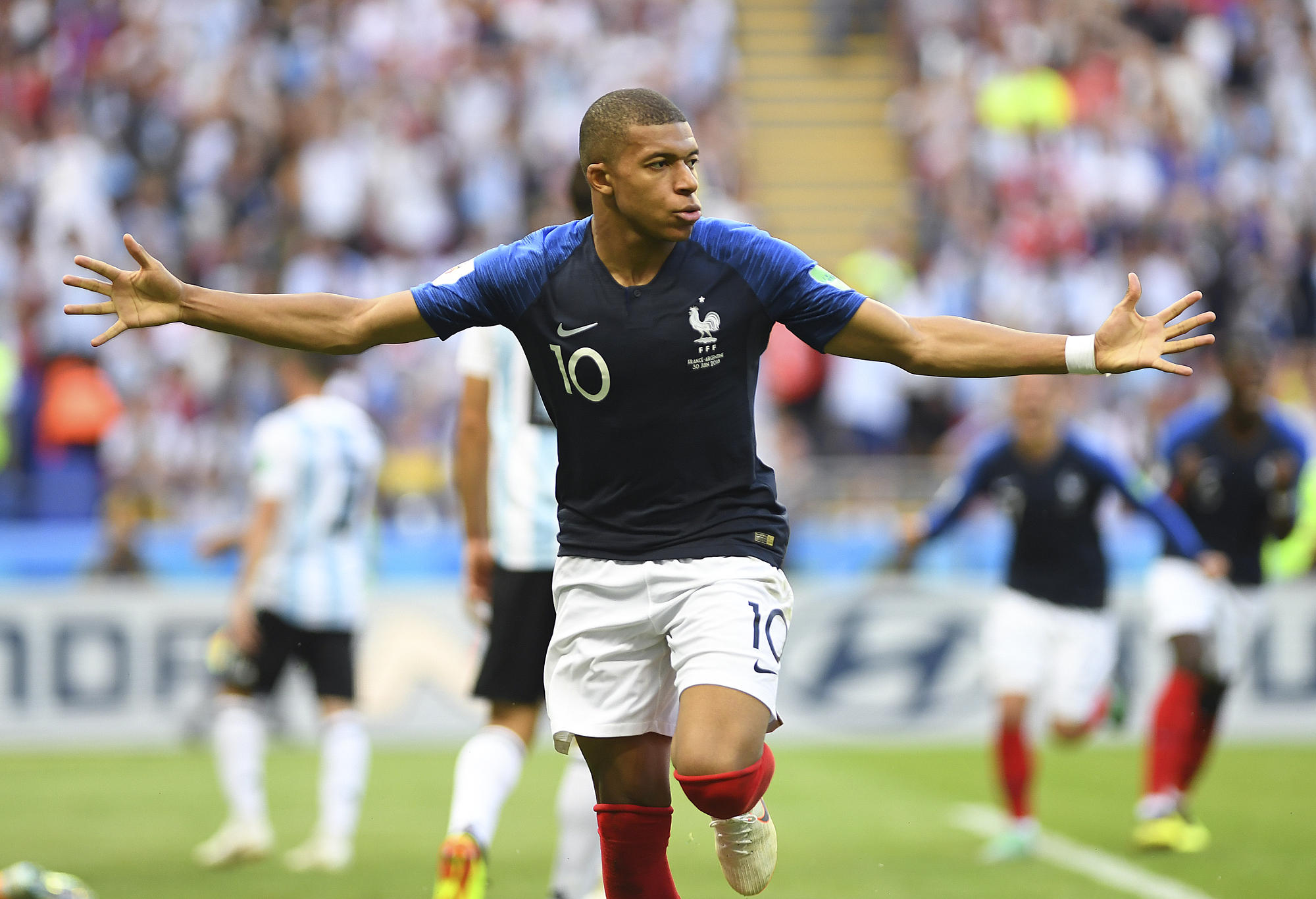 France manager Didier Deschamps was committed to the opposite, to making France less than the sum of its parts. The expert, hardworking forward Griezmann produced as much simulation as Neymar. Mbappe spent as much time running the ball towards the corner flag as being Pele II.

The individuality of France’s attacking, as well as the social disfunction of their previous squads, segways perfectly into France’s representation of the stereotypical worst traits of our newest generations.

Paul Pogba has admittedly been misused in his career, including by Deschamps, and did deliver at Russia 2018. He is a player, not a marketer, and #Pogback was not his fault. But Manchester United’s ridiculous #Pogback campaign, where the club paid €105 million for a player who had just led France to one of the greatest chokes of modern times against Portugal and then Man Utd to sixth place, summed up the Kardashian type of culture of hype over actual deeds, social media mattering more than wins and losses.

It is easier to wreck stuff than build it. That is a law of the universe. It applies to logistics, construction, war and peace, politics, classrooms, administration and the attack versus defence aspects of sport. Unless, you have been blessed with extraordinary gifts.

In which case, goddammit, it’s your duty to transcend the mundane.

So, I was more compelled by the tidy, committed play of Croatia, who built their first half together, who delivered their best play on D-day, against a team who surely didn’t.

An old French legend often repeated is that Napoleon, when promoting his generals, was more concerned with whether the new man was lucky than whether he was skilled.

After watching an own goal that sprung from a dive and a snippy penalty that was the result of Super Slow Motion (Trademark), allowing a team with no organic shots on goal to go into halftime with a 2-1 lead over a team with seven, Napoleon would have been more than pleased with the choice of Deschamps.