Over the last couple of years, pretty much everything that could have gone wrong has gone wrong for a troubled Novak Djokovic.

After completing the career grand slam at the 2016 French Open, where he held all four majors at once, the Serb’s form went off a cliff.

Early defeats in slams, losses to players outside of the top 100, getting rid of his entire coaching team, rumours of off-the-court woes, an elbow injury – the list goes on.

The former world number one’s fall from grace, to outside the top 20 earlier this year, was nothing short of spectacular.

Despite all of that baggage, including admitting he himself had doubts about returning to the top, the 31-year-old somehow won his fourth Wimbledon and 13th slam overall on Sunday, beating Kevin Anderson in straight sets.

And the most remarkable part of this incredible feat is that he is not quite yet back to his best.

Going into this year’s Rome Masters in mid-May, Djokovic had won six matches and lost six matches – hardly the form of someone who is likely to win a slam.

Moreover, Djokovic’s serve these days is not the weapon it was during 2015 and the first half of 2016, where he was close to the top five in terms of service games won. Now he is in the top 15.

This abbreviated motion does not give him that luxury, in terms of speed and free points.

His return has not been as potent too, at times he looks half a step slower and he has not been the mental giant he once was.

He had a match point in the final at Queen’s Club, but went down in a three-set defeat against Marin Cilic, a player he had lost to only once before in 15 matches. 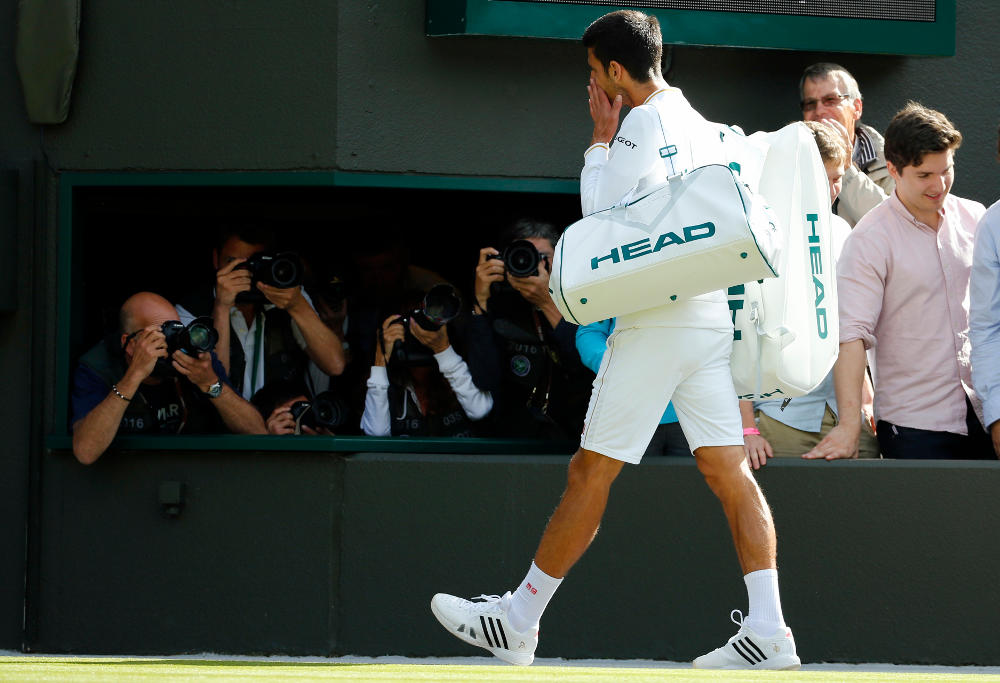 Progress was being made, but there seemed to be a way to go, both mentally and execution wise.

And yet, here he is again. Hoisting the Wimbledon trophy aloft once more. This has to be his greatest win yet.

Fighting through adversity, a crowd that was rarely routing for him and a bristling and ferocious Rafael Nadal in the semi-final, in one of the best five setters you could wish to see.

The 2012 Australian Open final, when he spent around 11 hours on court in his lung-bursting wins against Andy Murray and Nadal, was extraordinary.

Or the way he conquered Federer in 2014 in the Wimbledon final, having lost three slam finals in a row from 2013-2014, was a huge boost for the Serb. This arguably paved the way for him going onto win five majors in two years.

Or how he finally claimed his Holy Grail at the French Open in 2016 to complete the grand slam set.

It is fair to say that he was the favourite to win all of the above, but over the past fortnight, he was further down the pecking order.

Despite not being at the same level he had when he dominated two to three years ago, he still won the whole thing.

And the reason why? The fighting spirit and his will to never give up is back with a bang.

Under the Centre Court roof, Nadal kept throwing haymakers, and yet, somehow, Djokovic came through. Without being too disrespectful, that was the ‘real’ final.

He still put in a very accomplished performance on Sunday against the marathon man, Anderson, who played the tournament of his life.

Djokovic has awoken from his lengthy slumber. The rest of the tour should be very wary, after this, his greatest triumph.