Super Rugby qualifying finals: What counts as an upset?

We’ve said all year that the easy-looking rounds are always the one you should be most worried about.

Come Sunday morning there will be at least one result which, in hindsight, made very obvious and perfect sense that didn’t exist last Thursday. Beware the upset, we’ve been saying.

I reckon the first week of the playoff for 2018 is one of those weeks, but then maybe the argument exists that that week isn’t as easy as it looks. Spoiler alert: we all have different views of ‘easy’ this week. Very different, in fact.

So where is this week’s upset? What would even constitute an upset this week? The Sharks beating the Crusaders definitely qualifies, but could either the Chiefs or Hurricanes winning be called an upset?

Harry jagging four from four; that would be the upset…

Geoff
Tips: Chiefs, Crusaders, Highlanders, Jaguares
Another season has flown by, eight coaches already poring over their player lists and formulating strategies for next season, another seven wondering what the point of the next couple of weeks is while the last man standing, Scott Robertson, works on his dance moves for this year’s presentation ceremony.

But in the interests of going through the process, and respectful that all remaining teams do have some little chance, let’s see if we can find four winners. The Chiefs look like one, they have young, quick backs in form at the right time, as well as serious grunt returning up front. It will take a major form turnaround for the stuttering Hurricanes to get up, despite home ground advantage.

The Sharks play New Zealand as well as any overseas side, but the Crusaders are in fine nick right now. A great contest awaits in Sydney, site of the drought breaking Australian franchise win a few weeks back. I just can’t warm to the Tahs as much without Michael Hooper – the Landers to atone for last time. 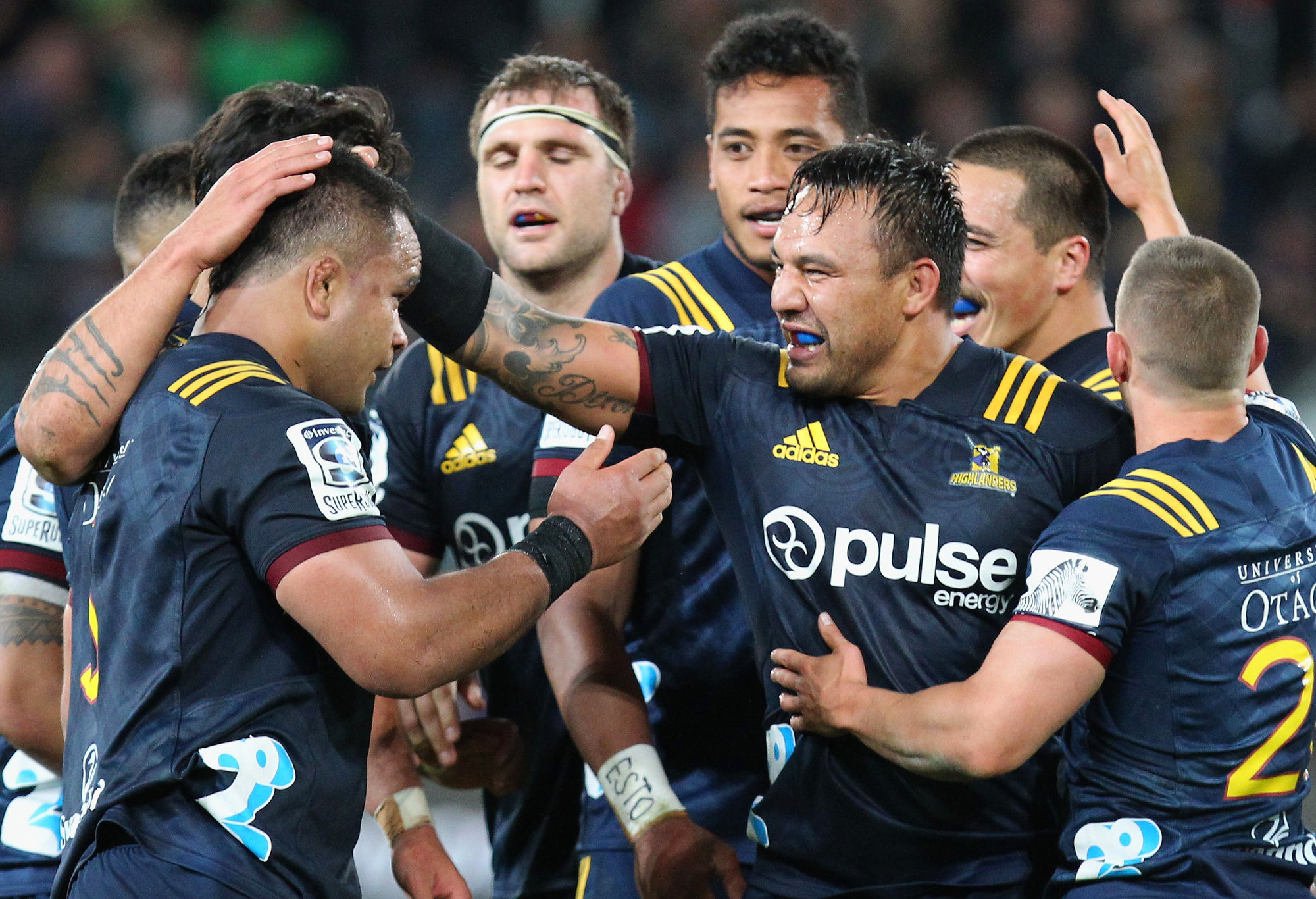 Ash Dixon of the Highlanders celebrates with his teammates. (Photo by Rob Jefferies/Getty Images)

I mentioned in my Monday column that the Lions are a 15 per cent inferior side to last year – that still makes them very good, despite question marks over their halves. The Jaguares have gone off the boil a bit, but there are mitigating factors and leading players returning this week. Jaguares it is, by a whisker, although expect plenty of wild mood swings, back and forth, throughout the match.

SURE THING: Waisake Naholo, fresh from cutting Jack Maddocks in half last week, will line up Taqele Naiyarovoro and foolishly try the same thing. He will fail his concussion test when he insists he’s not at Allianz but in South Dunedin, just waiting for his mates Lopeti and Amanaki to come out of the gents.

Nobes
Tips: Hurricanes, Crusaders, Highlanders, Jaguares
For the games in New Zealand next weekend, I think that the Sharks do not have much of a chance against the Crusaders. They would have to score a lot of points against a great defence and a team that is used to playing this type of games.

The other encounter is a much harder call. The Hurricanes have been playing below par the last leg of the regular season but I have a strong feeling that the Barrett brothers will rise for the occasion and the Canes will snap this one in a thriller.

In Sydney, the Waratahs will need the best Bernard Foley and a strong show from the forwards if they want to take the Highlanders. I will pick the team from New Zealand because they rested six All Blacks last weekend just thinking of this game.

The Jaguares will play the Lions in the altitude where they lost all previous games, but this time they rested most of the starters last weekend. The Lions need a strong game from Elton Jantjies and the centres. On the other hand, Nicolas Sanchez and Emiliano Bofelli will need to be accurate with their feet every time they have a chance to go for the post. 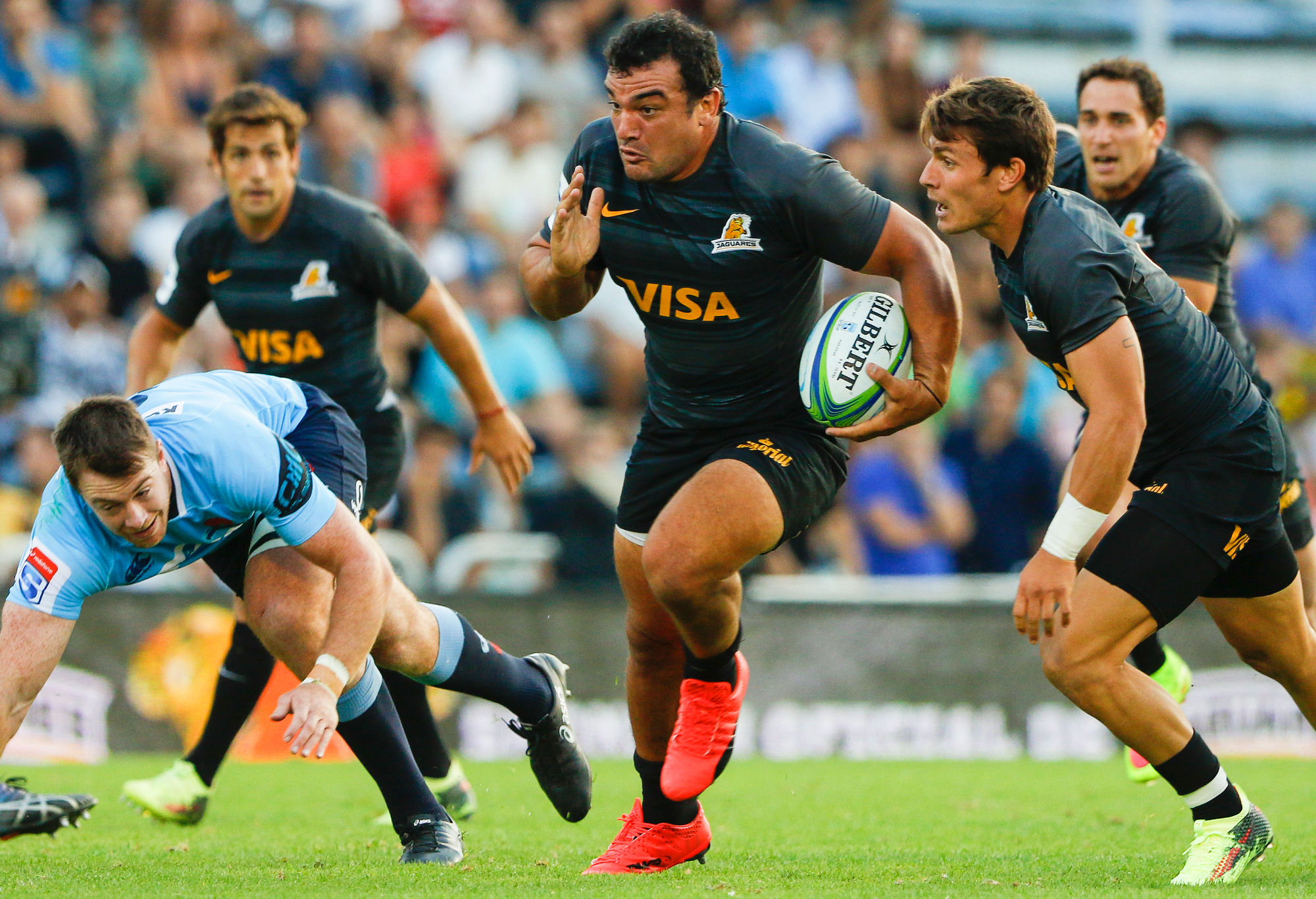 The interpretation of the scrum laws by the officials will have a strong influence in the end result of this game. I will have to go with Jags with serious doubts, but I cannot go any other way.

There you have it, not many straight forward calls.

SURE THING: I will regret one or two of my tips.

Digger
Tips: Hurricanes, Crusaders, Highlanders, Lions
Momentum is key for me heading into this stage of the season and a few of the sides have very little of it, namely the Sharks, Jaguares, Waratahs and Hurricanes.

It is difficult to see anything other than a Crusaders win and Christchurch semi-final while the Jaguares form of late doesn’t inspire me to tip them against a more seasoned Super side in the Lions, especially at home.

The Highlanders will remember their touch-up against the same side in round robin, and I am picking they will be good enough to reverse that result. Though if the Waratahs rediscover their earlier season form, then all bets are off; just feel I can trust the Highlanders more.

The Chiefs look ominous and have really hit a purple patch of form, and with some big names returning this week will have no fear of travelling to Wellington with the Hurricanes’ recent slide in form. I do agree with Geoff’s summation in his weekly wrap that the Chiefs are probably the best side with their forward pack to have a real dig at the Crusaders in Christchurch and look the best bet.

Equally however I also have to look myself in the mirror and back my lads so Canes by plenty it is.

SURE THING – a weekend free of officiating controversy awaits as we enjoy the pointy end of the competition. Nah, probably not but one is free to dream.

Brett
Tips: Chiefs, Crusaders, Waratahs, Lions
So here’s my reasoning for four pretty obvious tips, that frankly, the others have wildly veered from.

I didn’t rate the Chiefs against the Hurricanes last week, ‘which in hindsight’ was a mistake, but regardless, last week’s showing told me that while both teams have some improvement in them, the Chiefs can make those improvements with the benefit of Damien McKenzie and Sam Cane coming back. Not by plenty, but Chiefs nonetheless.

The Saturday games look the most obvious to me. The Crusaders won’t dominate the competition to this point and them drop a game to a team they should thump; surely not. And the Waratahs were sub-par in so many ways last week that they can’t possibly be that bad again. Surely not. 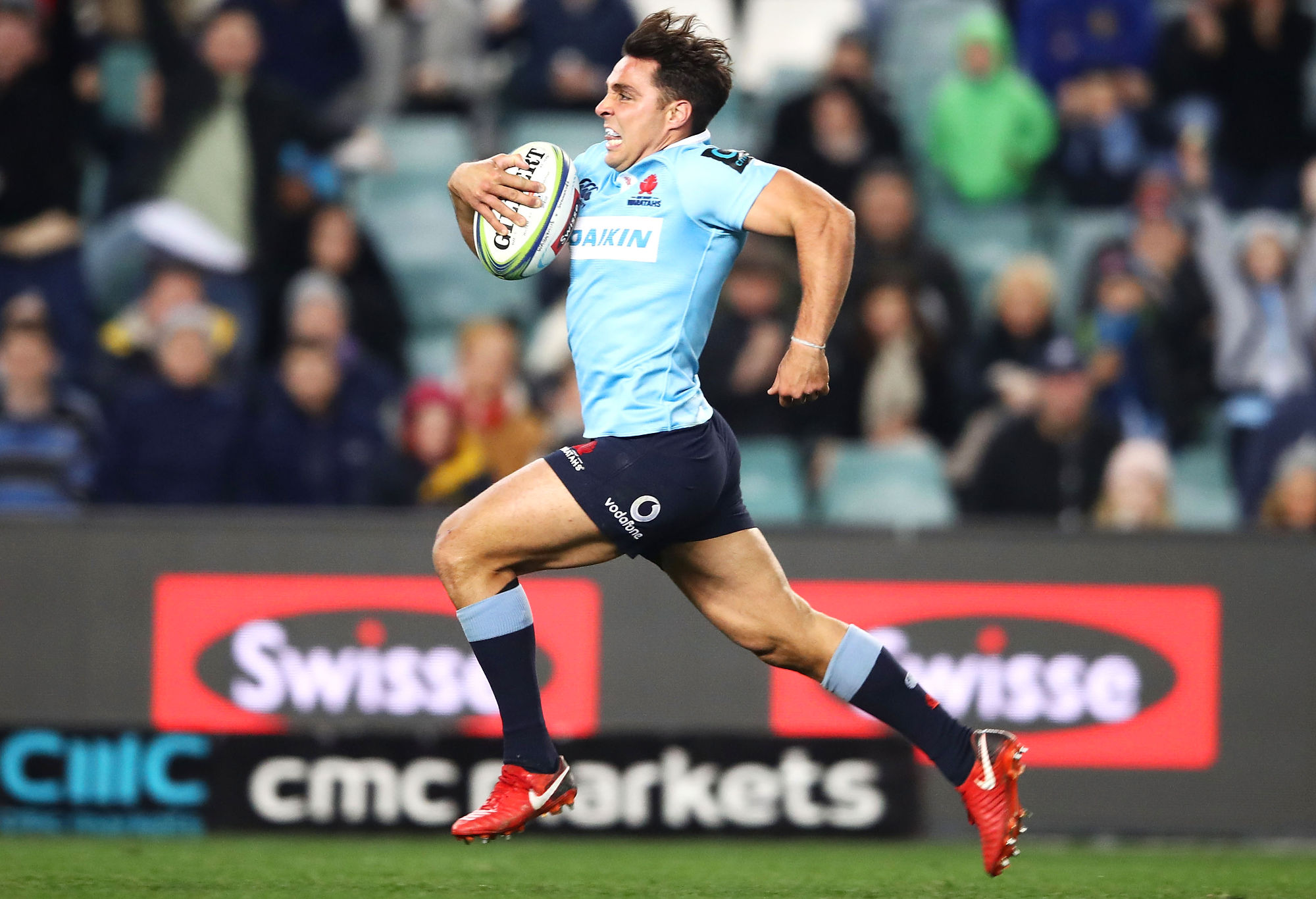 Nick Phipps of the Waratahs (Photo by Mark Kolbe/Getty Images)

That just leaves the Lions and the Jaguares, and though the Jags played the player management cards last week to give themselves every chance of beating a top seed, the Lions have awoken from their late-season slumber just as the Jaguares had been singing themselves to sleep:

In the jungle, the mighty jungle, the smaller cats are about to get a reminder of who is really in charge.

Harry
Tips: Chiefs, Crusaders, Highlanders, Lions
The silly part of the season is over. We are in. That’s all that counts. Throw out the form book. Forget the tips that went before. This is it! Time to go on a hot streak!

Two home teams will win the quarter-finals, because:
(1) the jetlagged Sharks cannot score 32 or more points in Christchurch, mostly due to the fact their backline does not pass fast or accurately enough and their flyhalf has no confidence in the red zone or when clearing, and the ‘Saders are ruthless in this type of scenario and will score 33+ points, and

(2) the bipolar Jaguares were hexed by the June Tests, and the altitudinal Lions have the kind of institutional knowledge of knockout matches it takes to progress to the semifinals, and are led by mercurial Elton Jantjies, awesome Malcolm Marx, and high workrate forwards.

But then two away teams will win, because:
(3) the defence-lite Waratahs will stub their toe against the plucky Highlanders who will kick better, smarter, and more, and

(4) the Chiefs just look a little more cohesive and smart than the listless Hurricanes at the moment. In general, I’m tipping the better defensive teams (or in the Lions’ case, sheer experience in knockout games).

SURE THING: Goalkicking will be the most important facet this week, followed by efficiency in exits and box kicks. #Playoffs!

Who have you got, Roarers? Who gets your tip for the first week of the playoffs?