Are you from the old school which forever asserts modern footy’s gone soft? Do you feel infuriated at a game too quick to punish players for no more than old-fashioned hard-but-fair tackles?

Did you think Ryan Nyhuis’ dumping of Robbie Gray last Sunday in Perth was perfectly within the laws of the game, or, at worst, just lacking a little duty of care?

Were you frustrated at the three-week suspension imposed on Nyhuis – bearing in mind that he did what footballers have always done: inflicted a bit of pain while stopping a player with the ball from using it to his team’s advantage?

Are you as mad as hell and feeling inclined to not take it anymore?

If you answered ‘yes’ to any of these questions you really should think again. For your thinking is now totally dated and discredited.

The AFL, for its own sake, not just that of those playing the game, absolutely must impose stiff penalties on players who carelessly cause head injuries.

The week before last, the 2017 injury survey was released. This is an annual exercise that categorises and puts numbers on the various injury-types. The AFL has been providing an annual summary of its injury figures for 26 years.

Once, not so long ago, it was the knee joint that drew most attention. Anterior cruciate ligament (ACL) injuries continue to be dreaded by players and their clubs as they mean an almost mandatory period of a season on the sidelines.

Some players have come back earlier, startlingly so in rare cases, but it’s usually a year. Then there’s the trepidation that goes with the return. Heartbreaking recurrences happen not infrequently.

Yet, as serious and demoralising as such injuries are, the knee has been well and truly overtaken as the red-flag zone on the footballer’s body. That label is now reserved for the head.

And well it might be, as a bad knee – though it might restrict a person’s freedom of movement, and even cause some ongoing discomfort in later life – doesn’t have anything like the potential for impairment that repeated head knocks do.

As American football has taught us, a sport that doesn’t do enough to protect its players from head injuries could one day find itself paying out lots of money.

Here’s what the AFL’s survey of injuries from the 2017 season reported on concussion:

‘Concussion rates remain relatively stable with approximately seven injuries per team per year (all diagnosed concussions, not just those that cause missed matches). The incidence and prevalence of concussions causing matches to be missed appears to have levelled off in 2017…’

The glass-half-full way in which this aspect of the survey is expressed almost makes things sound okay. You read it and think ‘well, seven a club’s not too bad over a long and arduous season,’ and it’s not getting worse.

Well, it wouldn’t want to. For, as an American might say, ‘do the math’. Seven concussions per club per season, in an eighteen-team competition, computes to 126 concussions across the competition in a year of football.

That’s 126 brain injuries a year in an industry with a specific work-force of just under 800!

That’s not a frightening figure. It’s worse. At this rate, if every concussion is inflicted upon a different player, around 16 per cent of the work-force would suffer one each year.

But, of course, it’s not the case that these injuries are shared around that evenly. There are many cases of players receiving more than one concussion in a season. 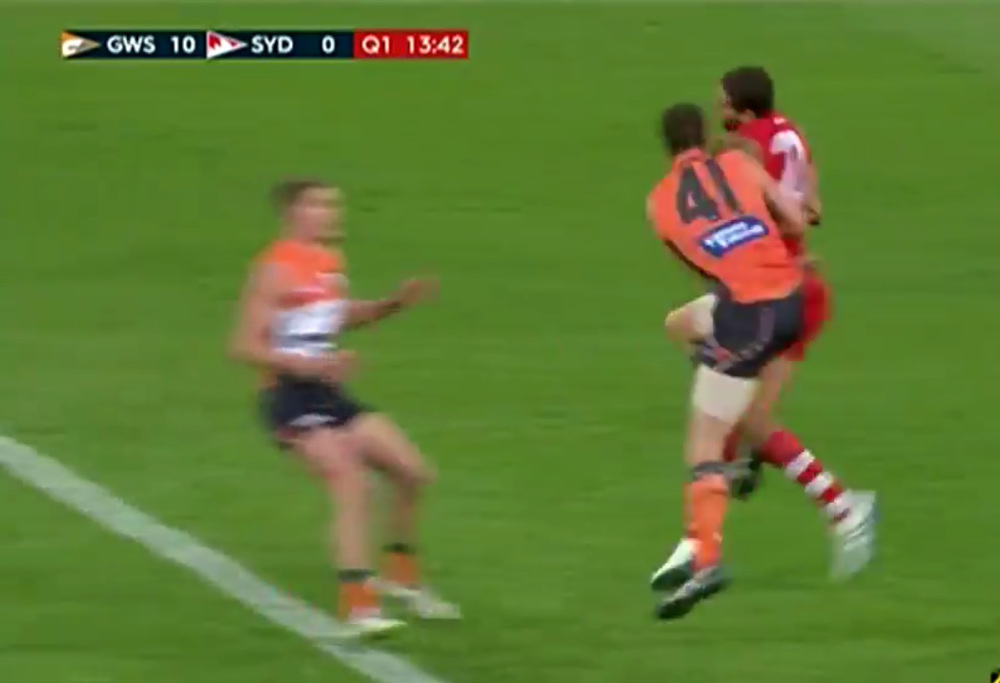 This is even more concerning, because it’s the repeat injuries that are more likely to lead to problems in life-after-football for those unlucky enough to suffer them.

When you think about it, any industry other than a contact sport which brought about concussions at such a rate would quickly find itself under serious investigation. While that’s not to argue that such should apply to footy, given that players sign on knowing it’s a gladiatorial game, 126 concussions in a season is way too many.

The tendency for administrators and football tragics will be to say there have always been lots of concussions and it’s only now that they are being disclosed. But I’m not sure whether this is a totally honest assessment.

Having broadcast the game in Melbourne since the start of the 1980s, my recollection is of seeing very few players knocked out in those early years. Yes, there were more brutal tactics employed at times, but there were fewer high-speed collisions in the run of play.

Furthermore, tacklers were less leniently treated by umpires in those years. Today’s football is more collision-oriented, leading to much more ‘incidental’ high contact and, not infrequently, injurious head knocks.

If this is so, those responsible for the management of the on-field game should be taking a harder line on careless play that leads to head injuries, not a softer one.

So, next time you howl abuse at an umpire for paying a high-contact free kick when you felt there ‘was nothing in it’, bear in mind it’s actually important that limitations be imposed on the tackler.

Not only do such limitations protect the ball player, they also protect the game from the threat of legal liability that 126 concussions-per-year might one day bring.