State of the game? It's the state of the football media that's the problem

All the talk about football this year has focussed on what’s wrong. A lot is right, a fact which was confirmed in a weekend of upsets and ladder-shattering results.

This is a vent that has been building for some time, and one which may edge away from the rational, measured takes you (hopefully) expect from this column.

Over the past week or two, I have felt a shift in the public mood towards the way the Australian Football League is being covered by many elements of the mainstream media.

Football fans are growing tired of the usual tropes.

The ex-player whinging the “game” isn’t as great as it was in their day.

The play by play commentator that doesn’t know the names of players – or feels compelled to editorialise instead of call the game.

The radio host throwing mud at the wall hoping it sticks.

The columnist using their inches to score points over coaches and administrators.

The journalist trying to create takes so hot they melt our smartphones.

Take the past week for example. Malcolm Blight said anyone that doesn’t think “the game” needs to be changed should be sent to the unemployment line.

Sam McClure bought up the 17-5 fixture again for some reason, despite this being the worst possible season for such a system to exist.

Damian Barrett took a petty shot at Western Bulldogs coach Luke Beveridge who had the gall to defend Tom Boyd from Barrett’s either clumsily worded or veiled shot at him from a week prior.

Mitch Cleary said Gold Coast would be pretty flat in November if their first win for three months saw them slide from pick three to pick four in the draft.

It’s a jungle out there folks. And there’s a common thread linking most of those people together, but that’s another vent for another day. 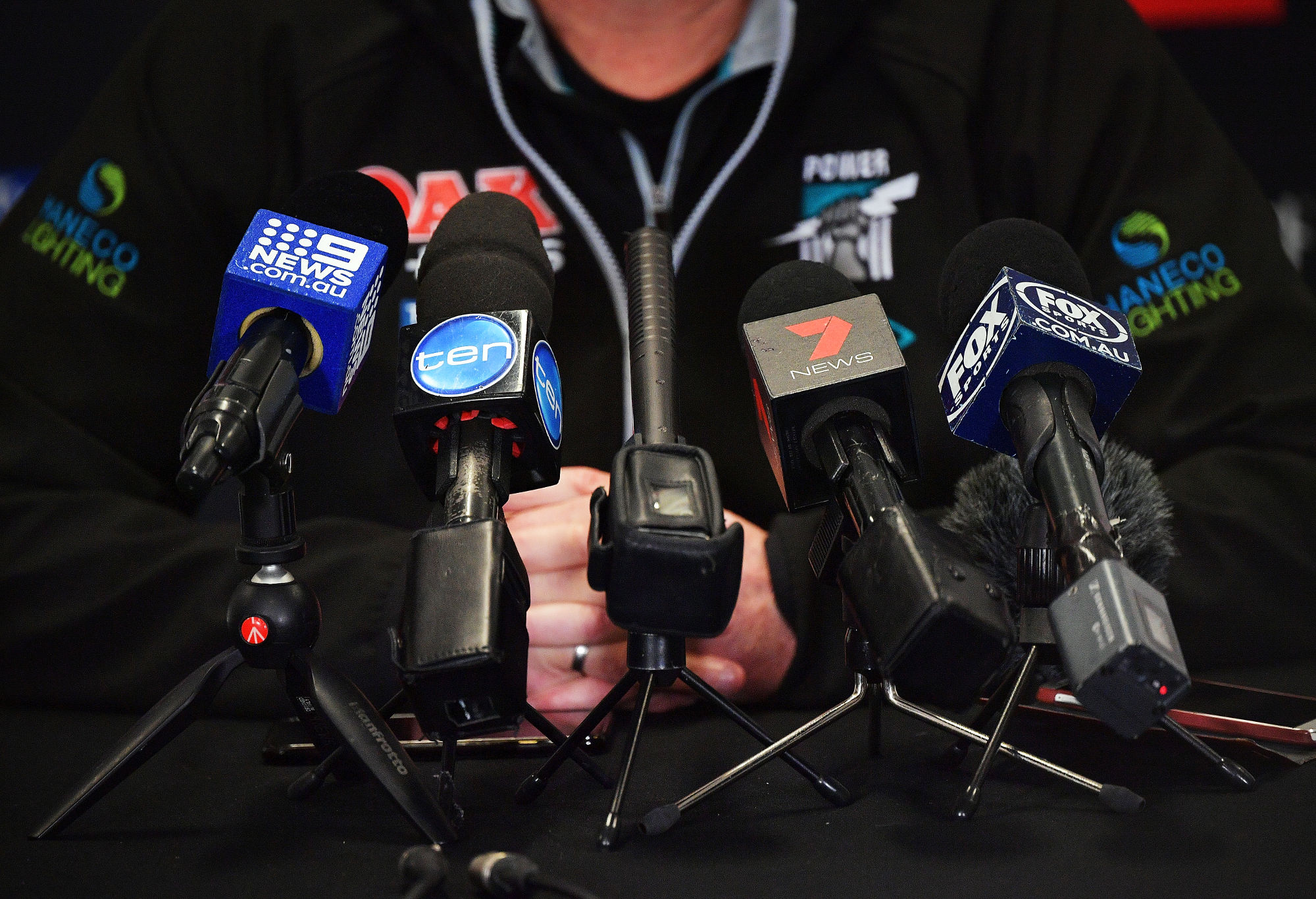 The general “takeification” of the AFL isn’t a new development. As an avid user of both Twitter and Reddit, I have seen frustrations at particular people or media outlets for some time.

Indeed they are in some ways the bane of my football fandom. For instance, I rarely listen to in-game commentary for games produced by Channel Seven anymore because I can’t stand it. It actively frustrates me.

However they seem to me to have been more of a fringe view. Something appears to have changed this year to take these feelings mainstream.

The disconnect between what is unfolding on the field and on the ladder and what is covered in the papers, TV panel shows, radio stations and digital sites has grown extraordinarily large in 2018.

All many elements of the football media want to talk about is the “state of the game” and what the AFL is apparently doing to fix it.

It could be because most of the football media exists in the following Venn diagram circles:

Layer on top the AFL’s various means for gathering feedback on its performance. The league measures itself on TV and radio ratings (the total viewership of the league is in bolded size 50 font on the first page of the AFL’s 2017 annual report), the feedback from committees and forums, and how it is received in the media.

It leaves one wondering: in its drive to address the supposed decline in the “state of the game”, is the AFL caught in a negative feedback loop perpetuated by the structure of the league’s media coverage?

Has the AFL painted itself into a corner by jumping at the shadow of the “lowest scoring round of football since 1968” headline from earlier in the season?

Did the AFL’s fixturing team score an almighty own goal with its slate of Friday night and Saturday night games in 2018?

I am yet to see any research or commentary that shows there are any fundamental issue the fans – the ultimate paymasters of the league be it directly through ticket sales or indirectly by the time their eyeballs spend watching the footy – have expressed en masse about the state of football in 2018. A tweet from @auzziepatriot176 or talkback call from Mick from Broadmeadows doesn’t count.

Equally, I fear some in powerful positions in our game have forgotten what sport, and this particular sport, is all about. And they are letting it cloud their coverage of the game.

Tim Worner wants more goals, because “the 30 second after a goal are the most valuable 30 seconds in Australia” (or was that the 30 seconds after a Test match over? It’s one of the two I guess Mr Worner).

Mind, SevenWest Media can’t get anything bar football, news and the Royal Wedding to rate in 2018, so perhaps they aren’t the best judge of what makes compelling TV viewing.

If sport is about competition, and passion, and the any given Sunday philosophy, one cannot understand how anybody could sit 18 rounds into this particular AFL season and be anything but satisfied. 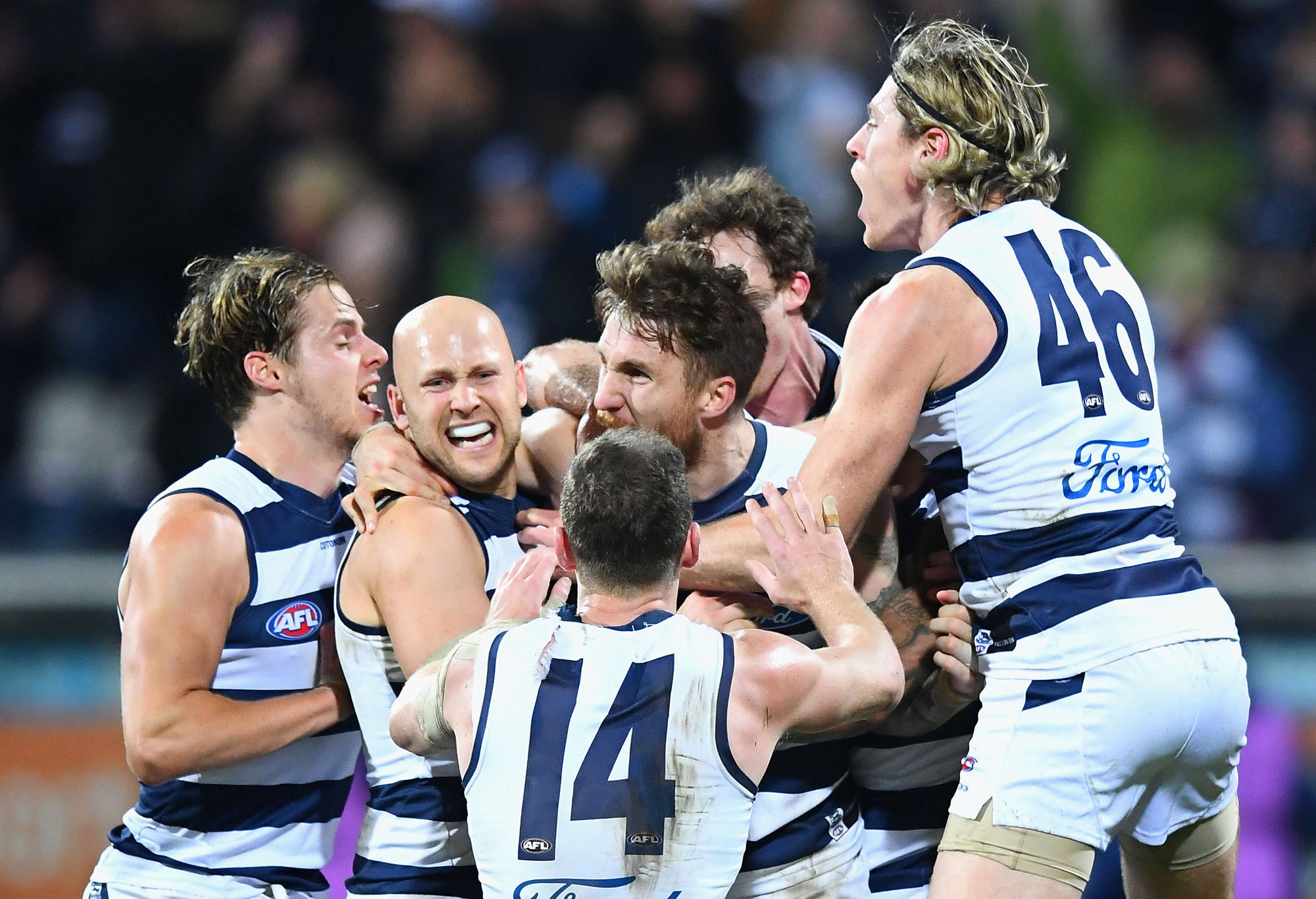 Fourth and 12th are separated by two games on the ladder. Every spot in the top four is wide open with five games remaining.

Brisbane, long the AFL’s problem child, is putting it together (and isn’t that fantastic). The small ball GWS Giants are adding an element of chaos to the run home we didn’t expect.

Games are being decided after the siren. The football is compelling when two evenly matched teams go at it. Honestly, what more could you want?

A couple of extra goals a game apparently. Because the media, and its tangled web of conflicts of interest, wants more goals.

And that’s worth potentially altering the fabric of Australia’s own game of football which has broadly stood the test of time for over 150 years.

I fear this maelstrom of the media’s making is going to consume us all.

AFL CEO Gillon McLachlan and his second in charge Steve Hocking are reportedly scheduled to meet today to talk about Hocking’s work on the “state of the game”.

They should instead be talking about the state of the football media, and what they can do about that.