When Essendon fell to Carlton in Round 8, many believed their season was well and truly over.

Fans began to question the decision to re-sign coach John Worsfold and majority were demanding the club’s next generation be given their opportunity to impress.

Since that Saturday afternoon at the MCG, the Bombers have won seven of their past nine games to move within four points and percentage of an unlikely finals berth.

Their recent form has come on the back of the daring and exciting footy which had many pundits excited prior to the start of the season.
Most impressively it has come without perhaps their most important player, Joe Daniher.

One player to make the most of his teammates’ misery is Mitch Brown, and he has formed an unlikely partnership with Shaun McKernan, who now looks likely to miss the rest of the season with a hamstring injury.

Coming into the 2018 season, Brown was once again playing for his career after signing a new one-year deal with the club at the midway point of last year.

Things got off to a shaky start, as Brown lost his place in the team following the Round 3 loss to the Western Bulldogs, with the 27-year-old having played the opening three games in defence.

A switch of ends proved to be what Brown needed to earn another deal at the end of the season.

In the Round 1 victory over Adelaide, Daniher, Cale Hooker and James Stewart were the starting forwards – when Brown returned to the side in Round 12 none of that trio started inside forward 50. Daniher was battling his groin injury, Hooker had been reverted to defence and Stewart was biding his time in the VFL. 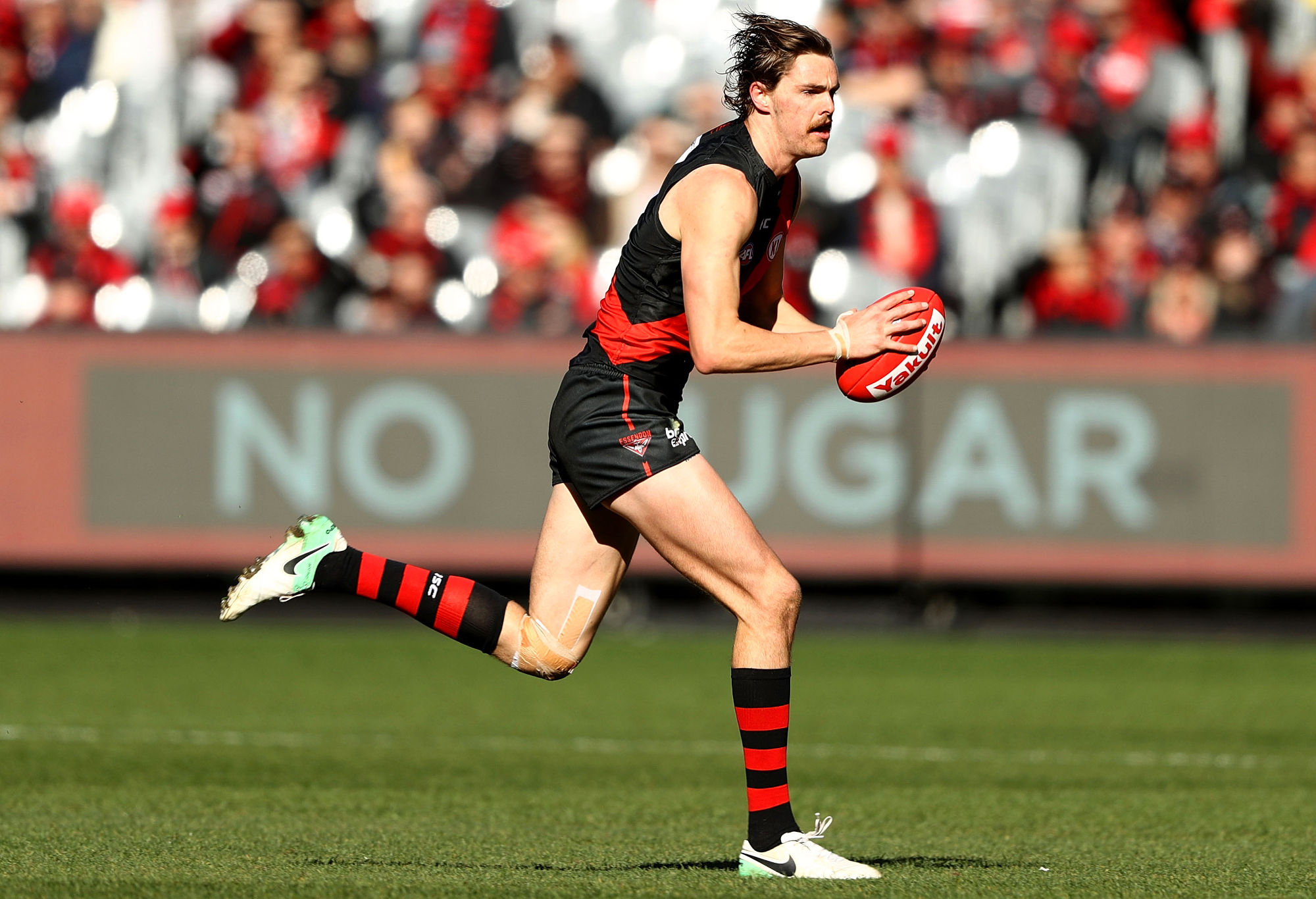 Brown hit the ground running upon his return to the side, kicking two goals as the Bombers claimed a 22-point victory at the GABBA in a sloppy game.

But it was perhaps the following week where he produced his best game in Bombers’ colours. Despite kicking just one goal against the Eagles, the former Cat continually provided a strong target for the Bombers coming out of defence playing as a high half-forward.

His ability to lead up at the ball higher up the ground has seen him become somewhat of a link man for the Bombers in games since, continually finding plenty of the ball right across the ground.

Brown’s importance to the side was highlighted against the loss to Collingwood when he finished with three goals on a day where Essendon lacked efficiency going forward.

When McKernan limped from the ground against Fremantle on Saturday afternoon, Brown suddenly became the focal point for the Bombers inside attacking 50 and once again he stood tall for his side.

On a day where many of his teammates had the yips in front of the big sticks, Brown brought a sense of composure finishing the game with three goals, two of which came at vital stages during the second half.

In the final five games of the season, Brown may now become one of Essendon’s most important players given it remains to be seen whether James Stewart will come into the side or Hooker once again returns forward as he did in the second half against the Dockers.

As he prepares to celebrate his 50th game this weekend, Brown may well and truly become one of the feel-good stories to come out of Tullamarine this season if he can help lead the young group to the most unlikely of finals berths.

While the likes of Orazio Fantasia and Devon Smith continually get the plaudits, it is players like Brown who will be the difference between Essendon appearing in September or not.

Ben Rutten's future at Essendon is hanging in the balance, with reports surfacing that a board meeting will determine whether to sack the under-fire…