Waratahs vs Lions: By the numbers

Of nine games the Lions have played at home this year, they have lost only twice – both times to New Zealand opposition – and the Waratahs have actually never won a finals game in Johannesburg.

To make matters worse, when the pair met last, the Lions comprehensively mauled the Tahs in Sydney, the away side dominating possession 60 per cent to 40 per cent, territory 59 per cent to 41 per cent, condemning NSW to their first ever Super Rugby game without scoring a single point. Ouch.

A few key areas that helped the Lions to their historic win were the set piece, the breakdown, game control and defence. These remain crucial for this weekend’s clash.

Set piece
While the Waratahs’ scrum held out admirably last week, particularly in the last ten when they were a man down, the lineout was an absolute shambles.

The stats say the Tahs won 10 of 13 lineouts at a win rate of 76 per cent – well below their standard percentage of 87.8 per cent – however, more than a few of these ‘won’ lineouts were only luckily regathered and not by design.

This is an area the Lions will target, as they lead the competition in lineout win percentage, at 90.9 per cent, and have one of the most efficient set pieces overall, with their scrum win percentage also around 91 per cent.

The key here for the Tahs is control at the lineout and the best way to do that is to put Tolu Latu into the starting team. When he came on in the second half against the Highlanders, he steadied the lineout throw and added his squat frame to the scrum.

While Damien Fitzpatrick has been a strong contributor, he surely has to take a back seat at Ellis Park and make way for Latu, especially considering that the Lions possess the best hooker in world rugby, Malcolm Marx. 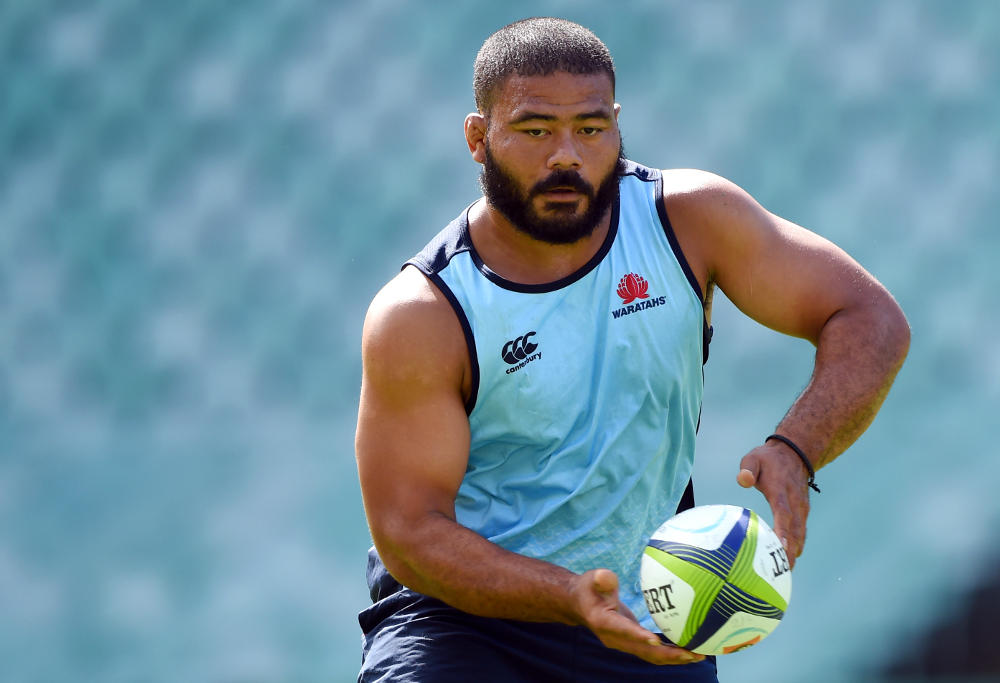 Breakdown
In the Waratahs’ 29-0 loss in Round 10, they won 89 per cent of their rucks, while the Lions won 100 per cent – a damning statistic that had a massive influence on the outcome.

Initially, NSW gave themselves a few opportunities, however as the game wore on, they lost control of the ruck.

Both these sides like to play an up-tempo, ball-in-hand game. The issue for the Waratahs is that they are tied dead last for rucks won, at 94 per cent, and the Lions are at a lofty third, with 96 per cent.

This has been one of the Waratahs’ fatal flaws all season. When they lose control of the ruck, the passes from Nick Phipps get messy and the pressure is transferred across the line until the team implodes. Without Michael Hooper to lead them, there needs to be a big lift from the forwards.

As with the lineout, one quick fix is introducing Latu to the starting side. He is low to the ground and has a good core, which makes him perfect as a poacher and breakdown disrupter, but he can’t be alone. The back row of Michael Wells, Will Miller and Ned Hanigan need to make the clear out at the ruck their priority.

The biggest challenge here is fitness and mental resilience. After the long flight and a tough affair in Sydney last Saturday, the Waratahs will be hurting and playing at altitude will only add to this. So much will depend on how quickly players get off the deck and how committed they are to push themselves for 80 minutes.

Game control
In the Lions’ quarter-final win over the Jaguares, Elton Jantjies was the clear standout in terms of game control.

Jantjies was criticised for his game management in the June internationals against England, but on Saturday this was world class. His kicking from the hand and the tee were spot on, and led to Jantjies achieving a game-high personal tally of 20 points, including a drop goal from 40 metres out in the last 20 minutes.

Game control has not been the Waratahs’ strong suit. This is where Bernard Foley needs to step up and why the battle of the number 10s on Saturday will be so intriguing.

While Jantjies has kicked for 3157 metres and averaged 28.9 metres per kick, Foley actually has more kick metres and at better average at 40766 and 32.3 metres, respectively.

However, while Foley leads Jantjies statistically, he has a real issue with his out-of-hand kicking, particularly when he is going for a tactical kick after some stagnation in attack. The issue is that high altitude rugby gives a unique opportunity to use tactical kicking to control play. Kicking in Joburg gives a player the ability to chew precious extra metres off every kick, due to the thinner air.

When used effectively, it wins games, so turning the Lions forwards around and running well-executed exit plays has to be at the forefront of Foley’s mind.

Defence
The Lions and the Waratahs have similar tackle effectiveness, with the Waratahs sitting 11 overall at 82.7 per cent and the Lions just behind at 12, with 82.6 per cent. If they maintain these rates on the weekend, both can expect to let a raft of points through.

The Lions lead the competition in defenders beaten (455), sit second for tries scored (81) and fourth for carries (2002) but contrastingly sit eighth for metres gained (7329) and dead last for offloads (115). So the South Africans are a physical side that rely on big ball runners to dent the line but don’t work too much with an offload game.

If the Tahs make effective one-on-one tackles, the Lions’ attack will stagnate and they will be able to fan out their defence to cover the edges of the field. But therein lies the problem – NSW have been abysmal at executing one-on-one tackles all season.

Kurtley Beale leads the competition in tackles missed, at 57, and Foley sits fifth with 42. Their only saving grace is that the Lions have four out of the top-ten players for missed tackles, including Jantjies, who sits third at 47.

This means we should expect plenty of action in the 10 and 12 channels, as both sides look to flood the midfield with runners and options. The side that quells this flood will be best placed to win the defensive battle.

So if the away side fail to make metres and are put under pressure at the contact zone, then their offload game will be halted and quick ball to their star backs will dry up. When the opposition have disrupted the tackle and breakdown – like the Lions did in Round 10 – the Waratahs look limp in attack and tend to push passes or make errors.

They say defence is all about attitude and the Waratahs have been struggling over recent weeks. They won’t be able to rely on a yellow card to spark their charge, as the Lions have only given away one all season.

But if they fix their lineout, control the ruck, and are smart in game management and defence, then Ellis Park may just play host to one of the Waratahs’ greatest ever triumphs.