The Hungarian Grand Prix might have marked the start of the midseason break for some, but most teams will stay on in Budapest for an important in-season test, starting today.

Teams are obliged to run junior drivers for two of the four in-season test days available to them, meaning these tests become just as much about evaluating talent as they are honing the cars ahead of the second half of the season.

Red Bull Racing, however, will run Jake Dennis, one of its simulator development drivers, after its first choice, Dan Ticktum – a fledgling member of the Red Bull Junior Team – was denied access to the test by the FIA.

The Red Bull Junior Team is the stepping stone between junior racing categories and Formula One. By funding driver development and Toro Rosso, a team designed to blood young talent, flagship squad Red Bull Racing ensures itself access to a cast of potential stars quick enough to deliver championships and exciting enough to be ambassadors for the brand.

For evidence, one need look no further than Max Verstappen, the teenage sensation who debuted in Formula One at only 17 years old and took just 18 months to be promoted to the senior Red Bull Racing team, where he’s since seized four victories.

But Verstappen’s 2015 debut was not without controversy. Though the Dutchman is undoubtedly talented, his early racecraft – and some might say even his current-day racecraft – failed to hide the fact he arrived in F1 with just one season of car racing under his belt.

Some drivers considered him a danger, and as a result the FIA acted to prevent future Max Verstappen-type debuts by beefing up the qualifications required to race in Formula One. 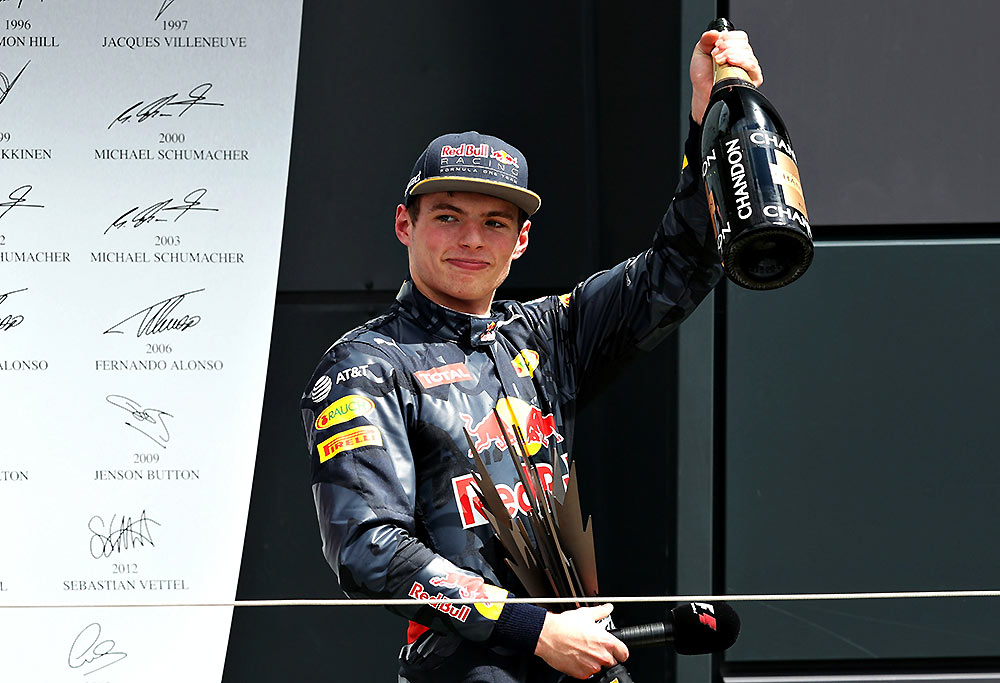 Requirements to hold an FIA super licence – the requisite document to race full-time in F1 – were updated to include that a driver must be at least 18 years old, hold a road car licence and, most importantly, have achieved a certain level of success in key junior categories.

To compete in an F1 test session a driver must score 14 points, to enter a free practice session they need 25 points and to race full-time they need 40 points.

To illustrate, winning the GP3 title earns a driver 25 points. Finishing first, second or third in the Formula Two championship is worth 40 points. Points are awarded on a sliding scale further down the championship order in these and other key FIA series.

In other words, a driver must scale the junior hierarchy or justify their competence in other racing series to prove they’re ready to race in Formula One.

It is shocking given the clarity in the rules and the context in which they were written that Red Bull Racing has hit out against the system for denying Ticktum access to Formula One.

The 19-year-old Englishman may be the Red Bull Junior Team’s most senior driver and therefore next in line for a Toro Rosso seat, but he holds only two super licence points for a sixth-place finish in 2015 in what is now British Formula Four.

He’s currently in fourth place in European Formula Three, which will earn him ten super licence points if he finishes the year in that position.

Red Bull Racing nonetheless applied to the FIA for an exemption to run Ticktum in this week’s in-season test session. He was unsurprisingly denied.

“I think it’s slightly odd that you’ve got a driver that’s won Macau and been winning races in Formula Three this year but can’t drive at a young driver test,” Red Bull Racing boss Christian Horner said. “That needs looking at.”

The FIA does have latitude to exempt from the prescriptive rules drivers of outstanding ability, but in this situation it was refreshing to have the governing body stick to the letter of the law, because as much as Ticktum may be Red Bull’s coming man, his racing history simply does not warrant an exemption.

The Briton was infamously banned for one season in 2015 when in a fit of rage he passed 10 cars behind the safety car to crash into a championship rival. That “disturbing and dangerous episode,” as described by the British motorsport governing body, wasn’t a first-time offence, either, with Ticktum having been excluded from a weekend earlier in the year after deliberately hitting rival Lando Norris on track.

This is not to say he is undeserving of the opportunity to race in Formula One – as shocking as that incident was, he served his time and deserves a second chance – but of all the drivers the FIA could be asked to make its first super licence exemption for, Ticktum is perhaps the poorest candidate.

If Dan Ticktum does indeed make it to Formula One, his will be a great redemption story and deliver the kind of narrative Red Bull Racing craves for its drivers, but the Briton with the chequered history will have to make his way there one fairly earnt step at a time.