Sure, Richmond are first, but it's not daylight second

Don’t believe everything you hear and read. Yes, Richmond are entitled to be premiership favourites right now, but the gap between them and the next group of teams is closer than the media will have you believe.

Their credentials are unquestioned. Reigning premiers in an unbeaten finals series where their average winning margin was 45 points. A 14-4 record this year, leaving them a game and 16 per cent clear of second place, with a percentage ten points higher than anyone else in the competition.

They are ranked top two in both points for and points conceded, a perfect blend of defence and attack. They have proven and potential All Australians on every line, with all of Alex Rance, Dylan Grimes, Nick Vlastuin, Jayden Short, Dustin Martin, Trent Cotchin, Shane Edwards, Kane Lambert, Jack Riewoldt and Josh Caddy to be in the conversation for the squad of 40 this year.

And, of course, they have a VFL/AFL record of 18 wins in a row at the MCG – most of them by healthy margins – which is where the grand final will be played.

With a mortgage on a top-two finish (in all likelihood, Richmond will in fact finish on top) thanks to being two games and nigh on 20 per cent clear of third, the Tigers will get two home finals at the MCG, and the inside running on making it to the last day in September.

It’s a compelling case to suggest they will be hard to topple between now and grand final day. And they will be difficult to stop. But not impossible. Nowhere near it.

Collingwood was Richmond’s most recent victim but they gained more admirers than they lost in the huge clash on the weekend.

The Magpies lost by 43 points in their first match-up this year, and trimmed that back to 28 points on Saturday. Ground was made on the scoreboard, before factoring in that Adam Treloar and Jordan de Goey were absent, let alone the fact that structurally important Jeremy Howe and Matt Scharenberg went down in the first and third quarters respectively.

Make no mistake, Collingwood’s was a mighty effort and they will rightly back themselves to turn the tables if they get a third crack at the Tigers.

The Pies’ multi-faceted forward caused Richmond problems, a situation helped by the fact their midfield was well on top. The Tigers’ pressure around the ball mitigated the damage for the most part, but Brodie Grundy, Scott Pendlebury and Steele Sidebottom were all more influential than any Richmond mid.

Collingwood play the most like Richmond than any other side, with the way they swarm defensively, and at times it does look like brothers or cousins going at it.

This leads us to West Coast.

The Eagles inflicted Richmond’s heaviest loss this season, back in Round 9, when they defeated them by 47 points. It was a win of dominance and authority, off the back of superbly conceived and executed kicking game, taking 44 more uncontested marks than the Tigers.

West Coast defeated Collingwood in much the same way in Round 17, in what was the Magpies’ second-biggest loss this year – only Richmond had beaten them by more. The significance of this win was that it came at the MCG, which must not be undersold.

It is likely the Tigers and Pies will occupy first and third on the ladder at the end of the home-and-away rounds. They are very good football teams. They play a very similar style. West Coast has comprehensively beaten both, by an average of 41 points. They’ve done it at home and away. They’ve done it at the MCG, where the grand final will be played.

The Eagles may have unlocked the secret on how to beat the pressure game, and they have proven they can execute it under the heat of finals-like intensity. They have one hand on a second place finish and home finals in Perth. They are an enormous threat. 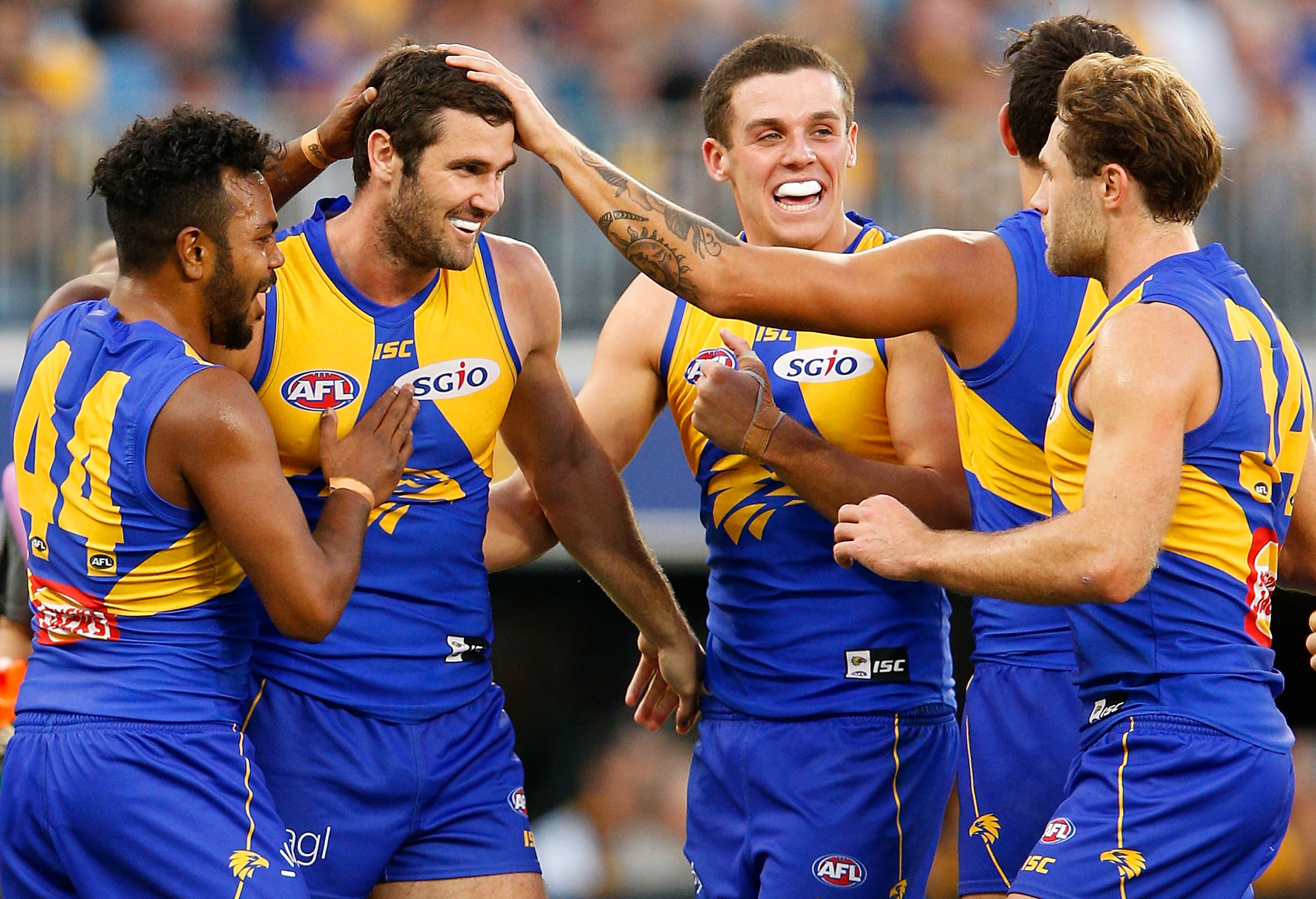 Greater Western Sydeny are the hot team of the competition, with form and momentum on their side as they surge towards finals. They were on top of the ladder after four rounds, but slipped to as low as 11th after Round 11. They were still tenh as recently as Round 16, but now sit in fifth and ready to take a top-four position.

They’ve claimed some quality scalps in their recent run, winning seven of their last eight. Both Adelaide and Port in Adelaide. Richmond. Hawthorn. Brisbane at the Gabba, which is no mean feat.

Their only loss in this run was to West Coast in Perth, and that was a game they should have won. They had more of the ball, more contested possession, more tackles, more inside 50s and more scoring shots.

The Giants are a menacing proposition now they appear to have found the defensive balance to go with their polished ball movement. And now they regain Jeremy Cameron after being the last five matches without him.

Anyone that says GWS are the second-best team in it won’t get many arguments.

Melbourne are probably the best of the rest, given their scoring power and an inside game that should be perfectly suited to finals intensity. The win in Adelaide may have fuelled their belief, and they won’t be taken lightly.

Richmond are the front-runners, for the reasons mentioned at the top. But they are not Winx or Black Caviar. The gap is far narrower than that, and the three or four teams that can topple them are varied and worthy.

Getting to the top may prove easier for the Tigers than staying there.