LeBron James is officially a Los Angeles Laker, having signed a four-year $153 million contract on 9 July.

James joined the storied and highly successful franchise following in the footsteps of other all-time great NBA players such as Shaquille O’Neal, Kareem Abdul-Jabbar and Wilt Chamberlain.

James has always been fond of the rich basketball history and glamour that comes with being a Laker.

“This is kind of like a dream come true for me,” James told Uninterrupted. “Being able to play for a historic franchise with so much history, and now being able to partner with Magic Johnson, someone I looked up to when I was younger.”

There is no doubt that James stands as one of the greatest, if not the greatest player, to ever play the game of basketball, depending who you ask.

He will undoubtedly have his jersey retired by both the Miami Heat and the Cleveland Cavaliers once he calls it quits. But will he earn the same achievement as a Laker? 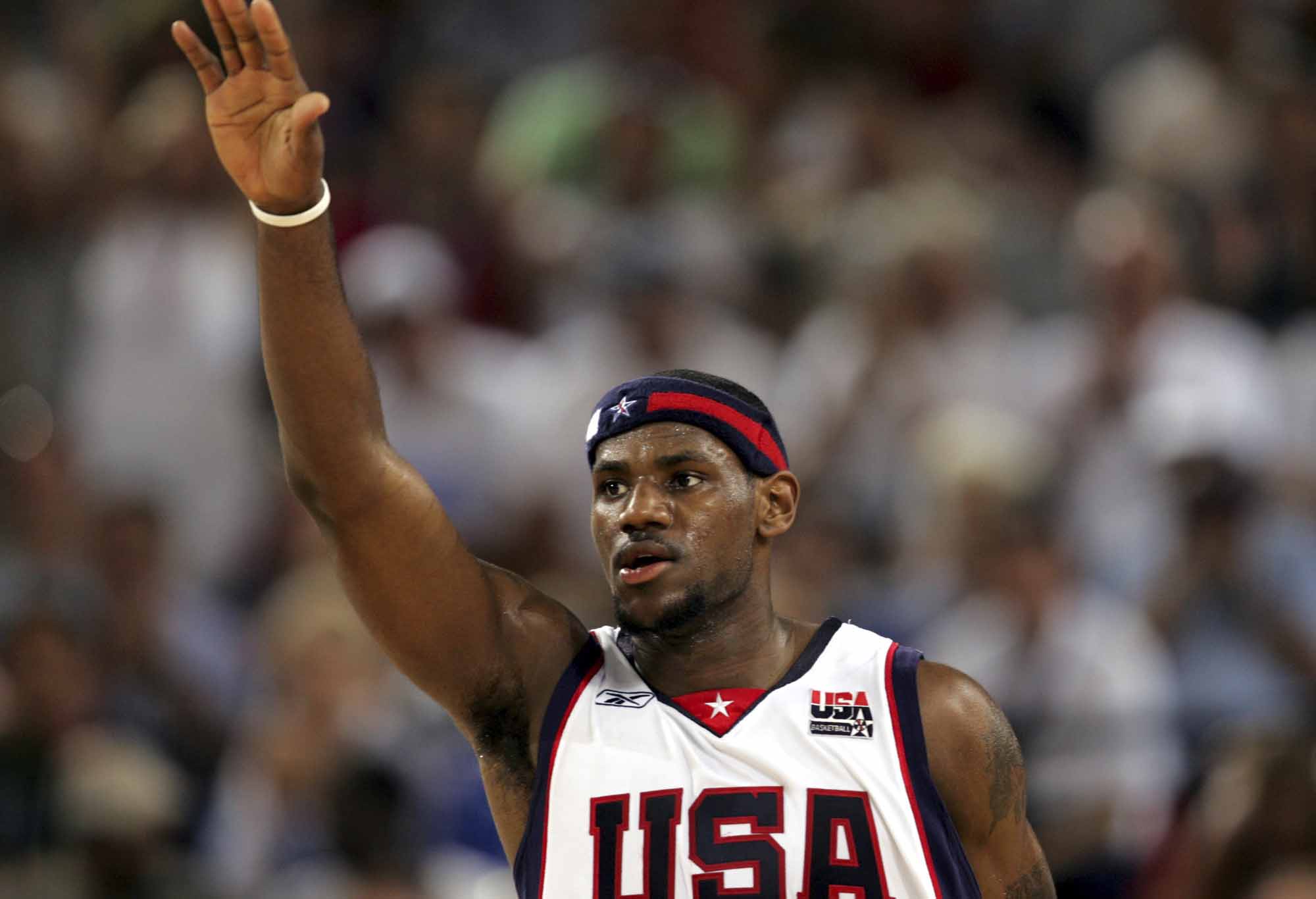 James boasts an impressive three NBA championships, four most valuable player (MVP) awards and a litany of accolades other players could only dream of achieving.

But none of those were earnt in the purple and gold, and at 33 years old and a touch past his prime, it will be interesting to see what’s left for James to add to his resume.

It would be odd for a player of James’s calibre not to have his jersey retired after donning the one to play for any team.

Michael Jordan’s 23 was never retired by the Washington Wizards despite playing two seasons before calling an end to his career for the final time, but no doubt James will have more of an impact on the Lakers than the 40-year-old Jordan did for the Wizards.

But what will be the pass mark for James to have his number 23 retired by the Lakers?

The only Laker great to have their number retired but not win a championship for Los Angeles was Elgin Baylor, while Wilt Chamberlain, Jerry West and Gail Goodrich brought ‘only’ one title each to LA.

It’s an exclusive group of just 10 Lakers who have their numbers retired and hung high above the Staples Center court.

Of those 10, Shaquille O’Neal, Wilt Chamberlain, Kareem-Abdul Jabbar and Jamaal Wilkes started their careers with other teams before finding their way to the Lakers, much like James. Those Laker legends won an average of three NBA championships and earnt a combined five MVPs between them.

They also played an average of 8.75 seasons for the Lakers, something which will be difficult for James to accomplish considering he joined the Lakers at age 33. 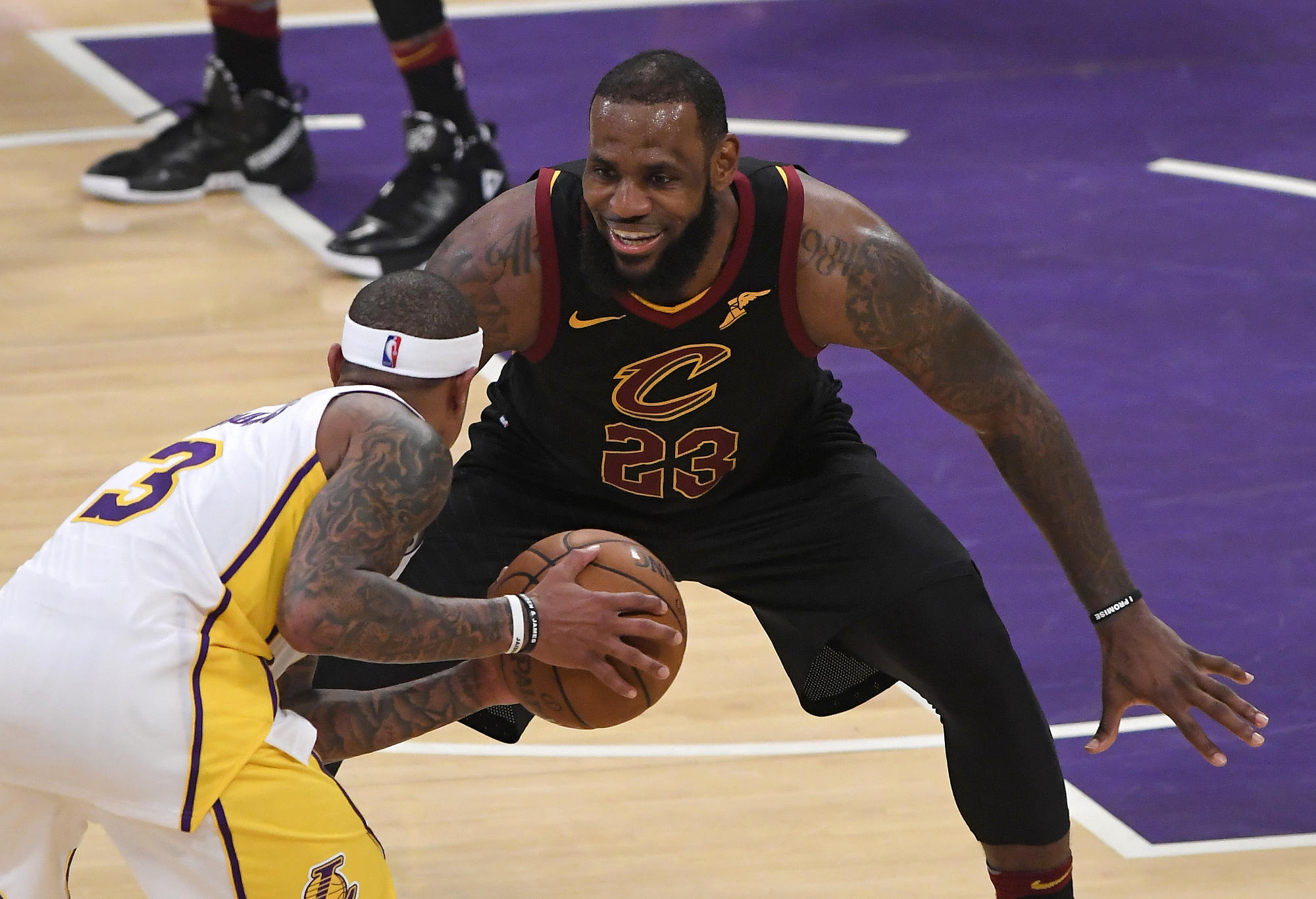 Perhaps Chamberlain would be the closest example to James’s scenario, having played five seasons for Los Angeles when he was traded at age 32.

As a Laker Chamberlain was an NBA champion and finals MVP in 1972, having collected the majority of his career accolades (four-time MVP) as a member of the San Francisco Warriors and Philadelphia 76ers.

If the Lakers aren’t crowned western conference champions next season, it will mark the longest period in NBA history (nine seasons) that the Lakers have missed the NBA Finals.

James must make history in one of the most storied franchises in the NBA to have his jersey hanging alongside the all-time greats of the Los Angeles Lakers.

So, what should it take? An MVP or two? Bringing the Lakers back to the NBA finals by downing the Golden State Warriors? If ‘The King’ can lead the Lakers to a 17th championship, it all but ensures that no other Laker will ever don the number 23 again.

And as James leaves the eastern conference, it opens the door for a young and star-studded Boston Celtics team to rise to the NBA finals once again.

If James’s Lakers meet the Celtics in the NBA finals and come out on top, the city of Los Angeles may as well start sculpting his bronze statue outside of the Staples Center.