The impact of Sudanese-Australian athletes on the sporting landscape

This feat made me reflect on the impact Sudanese athletes are now having on Australian sport.

These athletes were either born in Sudan or refugee camps in Kenya, Uganda and Egypt. Most spent the early years of their life in these camps after their family fled the brutal civil wars in Sudan. Many lost their father in the wars.

The majority of Sudanese refugees came to Australia between 2003 and 2007 and, like many previous refugees, have faced barriers. However, there are some great Sudanese success stories emerging in Australian sport and hopefully they will inspire current and future generations.

In my research, three sports seem to dominate – AFL, basketball and football.

AFL
The recent Sydney Swans versus North Melbourne Kangaroos match saw the match up of Aliir Aliir and Majak Daw. Daw kicked four goals but Aliir went on to kick the winning major for the Swans.

Majak Daw (27) made his debut for the Kangaroos in 2013, but found it difficult to cement a permanent position in the team until 2018.

Other players on AFL lists yet to debut include Hawks rookie Changkuoth Jiath (19) and Tarir Bayok (20) of the West Coast Eagles.

In the AFLW, Akec Makur Chuot (25) made her debut for Fremantle in 2017. Chuot’s story highlights how Sudanese girls were not encouraged to play sports in the refugee camps and this might explain their current lack of representation in high levels of Australian sport. 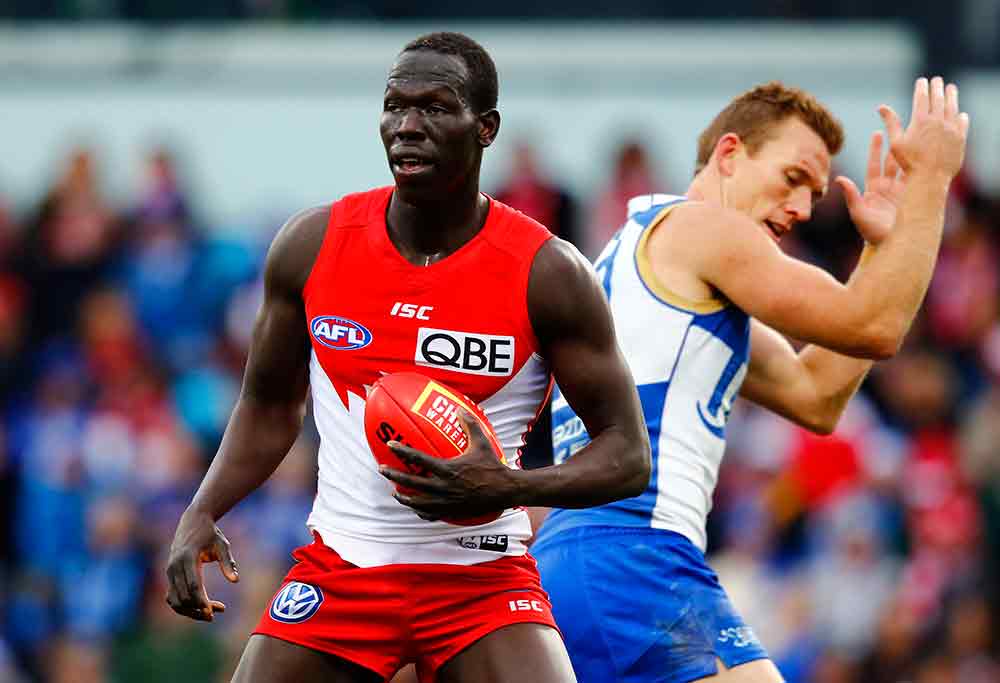 Basketball
There have been numerous stories about South Sudanese basketball teams in Australia and the SBS drama series Sunshine focused on aspiring basketballers in Melbourne.

Now, many young Sudanese Australian basketballers are being offered United States college sports scholarships. So expect to see more players come through this critical pipeline in the future.

Ater Majok (31) was drafted by the Los Angeles Lakers in the 2011 NBA draft with the 58th overall pick but did not play for them. He has played for Australian and overseas clubs.

Thon Maker (21) attended schools in the United States and was drafted tenth by Milwaukee Bucks in 2016 NBA Draft. He made his international debut for Australia this year.

Mangok Mathiang (25) made his NBA debut for Charlotte Hornets in 2017. 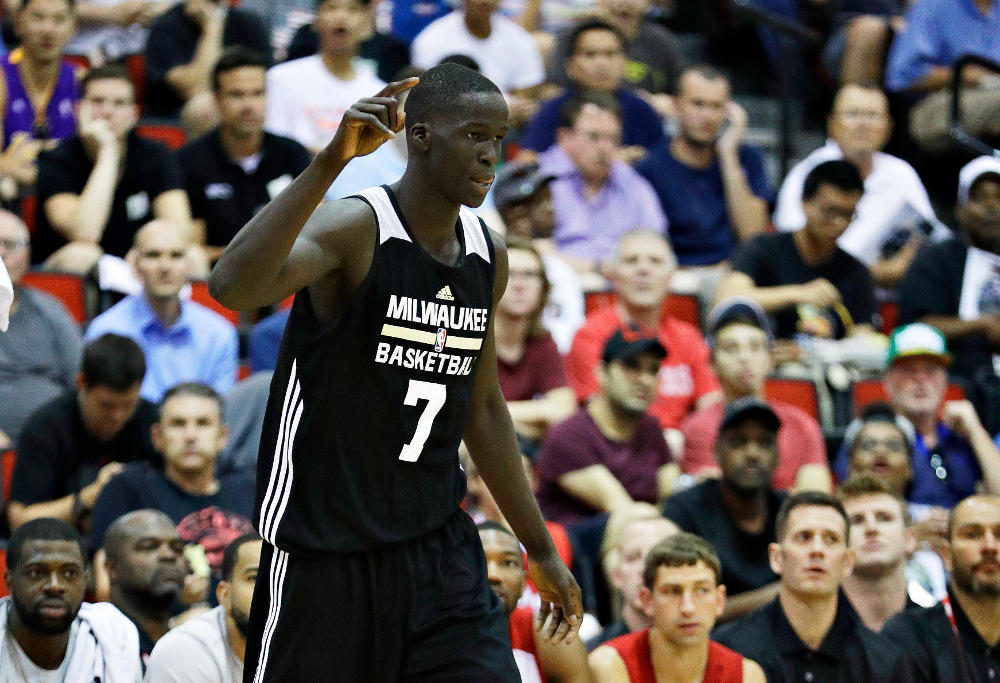 Football
Football is not a sport alien to Sudanese athletes, as many played it in the refugee camps when they were growing up. Notable players include:

Thomas Deng (21) made his debut for Melbourne Victory in 2015 and has represented Australia at U20 and U23 level.

Abraham Majok (19) made his debut for Western Sydney Wanderers in 2017.

Ruon Tongyik (21) made his debut for Melbourne United in 2016 and transferred to Western Sydney Wanderers in 2018.

In looking into the backgrounds of these athletes, I found that an important characteristic of their sporting development was supportive schools and teachers.

Finally, I look forward to Sudanese female athletes competing at high levels as they are encouraged to participate in sport.