The EFL – English Football League – kicks off this weekend, one wouldn’t be a true sports nerd if we didn’t have some thoughts on the lower leagues, starting with our 2018-19 League One Preview.

As ever the third tier provides a great mix of teams, from ex-EPL behemoths like Sunderland to minnows like Accrington Stanley tasting third tier life for the first time. In between there’s another 22 teams, and many stories to be told over the next many, many months.

Here then for the people out there that are interested, is our 2018-2019 League One Preview.

Adebayo Akinfenwa aka The Beast
The Beast helped Wimbledon into the third tier a few seasons ago, but was not part of their plans in the higher division. Happily for him, football fans around the world, us, and his new club Wycombe Wanderers, he is going around with the Chairboys for 2018-2019 League One Season.

He’s still going all right too, with a load of goals and assists, plus was nominated for player of the season in League Two.

If you don’t know him yet, then you should. Who knows, maybe Wycombe will go on a cup run and he can terrorise EPL opposition one more time.

How low can Sunderland go?
Surely the rot stops here, or at least the beginning of the end of the rot starts here.

They boldly predicted they had the squad to go straight out of the division at the beginning of last season’s Championship, and they were dead right, thoroughly deserving their relegation and last place on the ladder.

Perhaps this is now the chance to fix the issues at the club and build a better future for the club with a new owner and a new promising manager in Jack Ross.

Or, they could end up like big clubs Leeds United and Sheffield United and spend a few years in the third tier and never quite recover. 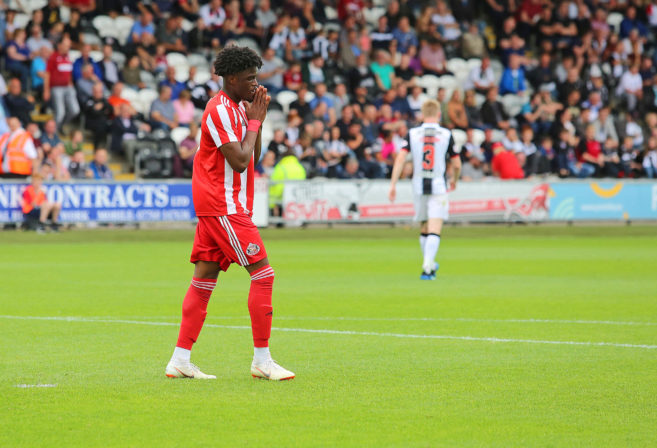 And the other relegated teams?
Barnsley are sort of used to yo-yoing between the second and third division, and they will no doubt be prepared for life in League One. Their 2017-18 was never the same once their manager left for Leeds (which didn’t work by the way), and they hopefully won’t have to sell their best players like they usually do in the Championship.

Burton – will they be a Rotherham or Yeovil? How will the little team who did so well to punch above their weight in the Championship do on their return to a division more suited? It could go either way. Rotherham seem to have no problem bouncing straight back, whereas another small team like Yeovil went back to League Two rather quickly. Having manager Nigel Clough will help their chances of a return.

The promoted teams?
Luton Town are the most favoured to do well, as they have been every yer since returning to the Football League. Perhaps people can still remember them being a first division team in the 1980s and expect a return. They finished second last season in League Two, but did score over two goals on average for the season.

Accrington Stanley were surprise winners of League Two, and this will be their first adventure in League One in the modern era. Operating on one of the smallest budgets for League Two last season, and will do well to stay in League One.

Coventry City fans finally get some joy, a similar scenario as a few teams coming into the new season. Having been treated like Jerks by the owners of their own stadium and club, Coventry have defied the off field issues to get promoted. Another club who will hopefully turn the corner and find new owners and prosperity.

Wycombe have Adebayo Akinfenwa, and for us that’s all they need. That is doing the rest of the squad a disservice, but we do love the Beast.

Another two waited an extra season before being relegated, and Sheffield United took four seasons after their first playoff loss.

So that means that last season’s surprise packets Shrewsbury Town could be a big chance of going up or dropping out.

Given that they lost their manager to Ipswich Town, and will no doubt lose a few of their best players, probably following their boss to Ipswich, sadly it could be down.

Happily for Wimbledon fans and well-wishers they have now officially overtaken Milton Keynes, as they remained in the third tier and Milton Keynes dropped to the fourth last year. This is the first time in the short histories of both teams that the real Dons will start the season ahead of the franchise.

Happy days if they can survive in the third tier or even better, as the new ground that is actually in Merton (the London Borough which Wimbledon is in) should be ready sometime during the 2019-2020 season. Would be great if it were hosting Championship football.

Is Joey Barton a manager?
The highly combatable Joey Barton, probably famed for his excesses rather than his excellent on-field career is manager at Fleetwood Town for the upcoming season. It will be interesting to see how long he holds it together if Fleetwood are mired in mid table mediocrity or worse.

Surprises?
Southend are a shout for a decent value for going up at $9.00. They have Chris Powell in charge, who has won this division with Charlton Athletic, a club he played over 200 games for. As he did with Southend in his plying days too.

Scunthorpe too finished last season off well, and despite bombing out of the playoffs look like decent value for promotion as well.

Accrington Stanley are completely unwanted by punters, but you have to respect the way they won the League Two title last year, and that fighting spirit should see them enjoy at least a second season of League One football. Would also love to see Plymouth Argyle fighting for promotion too.