Is this a dream?

Am I going to wake up shortly to the realisation that Keisuke Honda in a Melbourne Victory polo was just a cruel dream, a figment of my imagination?

That’s what it feels like. I still have to pinch myself to know that this is actually real.

Keisuke Honda, the biggest Asian star since Hidetoshi Nakata, will be playing for Melbourne Victory in the upcoming A-League season. Sure, there may have been better players from a technical point of view, and that’s not to take anything away from Honda who is a heck of a player, but none can match the 32-year-old for pure star power. He is a bonafide superstar.

He may not be at the absolute peak of his powers, that came in the four year stretch between 2010 and 2014 – and visiting Japan in 2013 you didn’t have to walk far to see his face advertising anything and everything – but his star still shines brightly in Japan. 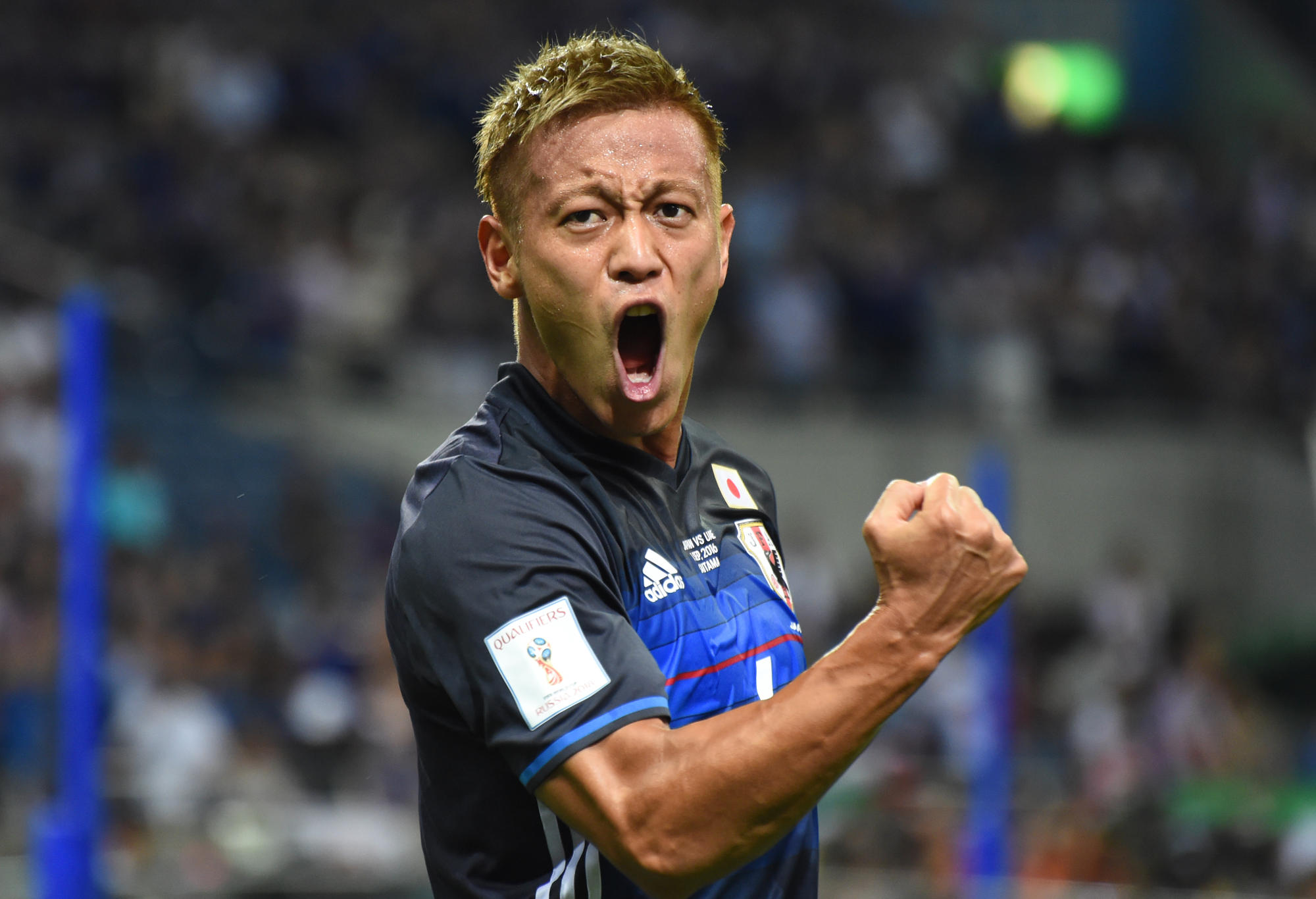 Think it doesn’t? There’s a reason the JFA ditched Vahid Halilhodzic on the eve of the World Cup, and one of the biggest reasons is believed to be pressure from sponsors and broadcasters who feared both Honda and Shinji Kagawa would be cut from the squad by the Bosnian.

Both were selected, and both played key roles in helping Japan reach the quarter finals.

And just last week I was contacted by a Japanese TV network who were wanting to film a segment in Melbourne ahead of Honda’s impending arrival in the city. Expect the press galleries at AAMI Park to be overflowing once the season gets underway.

But don’t just take my word for it.

“At 32, Honda may not be the player he once was but his popularity at home has hardly waned,” Shintaro Kano, who writes for Kyodo News and is one of the leading football journalists in Japan, told me yesterday.

“In terms of success, on and off the pitch, he’s right up there with Kazu Miura and (Hidetoshi) Nakata. (He) still grabs the headlines, and that shouldn’t change even as he heads into the twilight of his career.”

The signing is a significant one for Melbourne Victory too.

The club has spoken ad nauseam about its desire to become one of the biggest clubs in Asia, but it has rarely been backed that up with action, on or off-the-park. Little has been invested in growing the club’s profile and “brand” in Asia, while on-the-field they have struggled to make an impact in the AFC Champions League.

By my reckoning, Honda is the first Asian player to sign for the club since Surat Sukha – and the Thai international departed way back in 2011. That is damning for a club with such lofty ambitions.

But with the most recognisable Asian player of a generation on their books, the club can now look to seriously engage with Asia. Just signing the bleached blonde superstar will have raised their profile, there will be plenty of people in Japan who now know the name Melbourne Victory who didn’t as of a few weeks ago, and those behind-the-scenes at the club will be hoping to leverage his signing into new sponsorship deals.

“If Melbourne want to increase their brand recognition in Asia, then Honda should help as he’s still one of the biggest names in the Asian game,” Kano also told me.

“One thing Honda has done well throughout his career is engagement; during the off-season, he spends a lot of time travelling to work through his soccer schools and he’s always been business savvy. 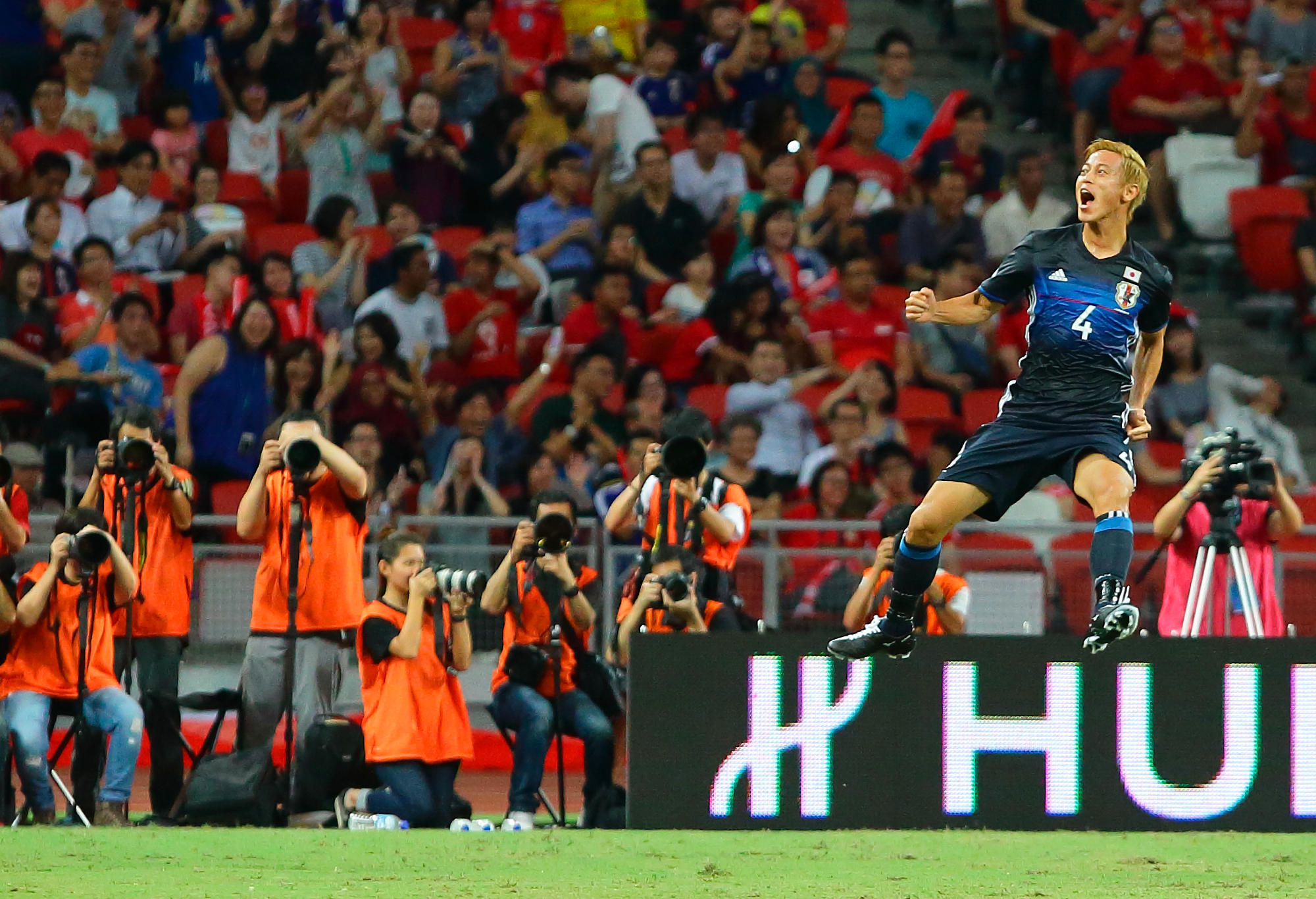 “He has said one of the allures of playing for Milan was that it gave him an opportunity to learn about the business side of football. Honda will promote himself just fine; the test will be on Melbourne to milk him for what he’s potentially worth.”

If they can’t do that they aren’t even trying. They have talked the talk about Asia, now it’s time to walk the walk. Thankfully, listening to a bullish Anthony Di Pietro on Monday, it seems they are ready to do just that.

But as Kevin Muscat was at pains to point out on Monday, it’s on the field where it matters most, and Victory fans have every reason to be excited by their new signing.

This is a player coming straight off a World Cup, at which he not only had an impact, but scored for the third successive tournament, becoming the first Japanese player to achieve that feat. Just over 12 months ago he was playing in Serie A, and let’s not forget he’s coming off a fantastic season in Mexico’s LigaMX, one of the most underrated leagues in the world.

“As long as he stays fit – and Honda does take care of his body well – he should be more than effective for Melbourne at the A-League level,” Kano continued.

“How many seasons he has left in him remains to be seen, but he now has his sights set on the Tokyo Olympics as an overage player so that should keep him going for a couple more years.”

At 32 he may not be in the absolute prime of his career, but conversely, he’s not beyond it either, and a quick glance at his highlights reel from his time in Mexico will show what he is capable of.

The lure of playing at Tokyo 2020, as realistic or otherwise as that may be, will be a huge motivating factor for the Japanese superstar, so Victory fans are in for an exciting ride.

And I for one cannot wait to watch it all unfold in front of my very eyes.

As October rolls around and I’m sitting in the stands at the Melbourne Derby in Round 1 watching Honda run around in the navy blue, I’ll still be pinching myself thinking it’s all one big dream.