Anthony Griffin sacked for not being Nathan Cleary's dad

Penrith have sacked Anthony Griffin after the club realised he probably couldn’t coerce Nathan Cleary to stay using sentimentality or a WiFi ban.

Griffin was given his marching orders in dramatic circumstances on Monday, with the board forced to act on an internal review that extraordinarily revealed he wasn’t Cleary’s father.

The discovery clashed with the club’s plan to bullpen the halfback with a package deal involving his dad, a move that has been in the works all year as evidenced by Phil Gould’s repeated denials.

Despite Griffin presenting a strong case to the board, it is believed the absence of any parental relation to Cleary was the sticking point that could not be ignored.

This led to doubts about the former Broncos man’s ability to leverage emotional ties with the rookie, or even threaten a grounding if his son didn’t remain.

As a result, they agreed it was in the best interests of the club to axe their head coach four weeks out from the finals.

While currently in a holding pattern, the Panthers are believed to have earmarked a candidate to fill the role of Nathan’s father in the package deal, with Tigers coach Ivan Cleary boasting over 20 years experience in the position.

The Penrith board are currently working on a deal to bring the pair together, with the hope all parties can come to a compromise that gives them everything they want without any concessions.

Griffin’s tenure in the Golden West abruptly comes to an end with two years remaining on his current deal, keeping it in line with the club’s charter of strict 2.67-year contracts for all head coaches.

Following the announcement, Phil Gould further revealed the coach had suffered from an inability to adhere to the “collaborative approach” of doing whatever he said.

Additionally, the general manager admitted his game style had “stagnated”, as reflected in the amount of consecutive finals campaigns it reaped.

However, Gould paid tribute to his fine record of blooding youth while maintaining a positive win-loss record, before conceding it wouldn’t have stopped Nathan nicking off to the Tigers. 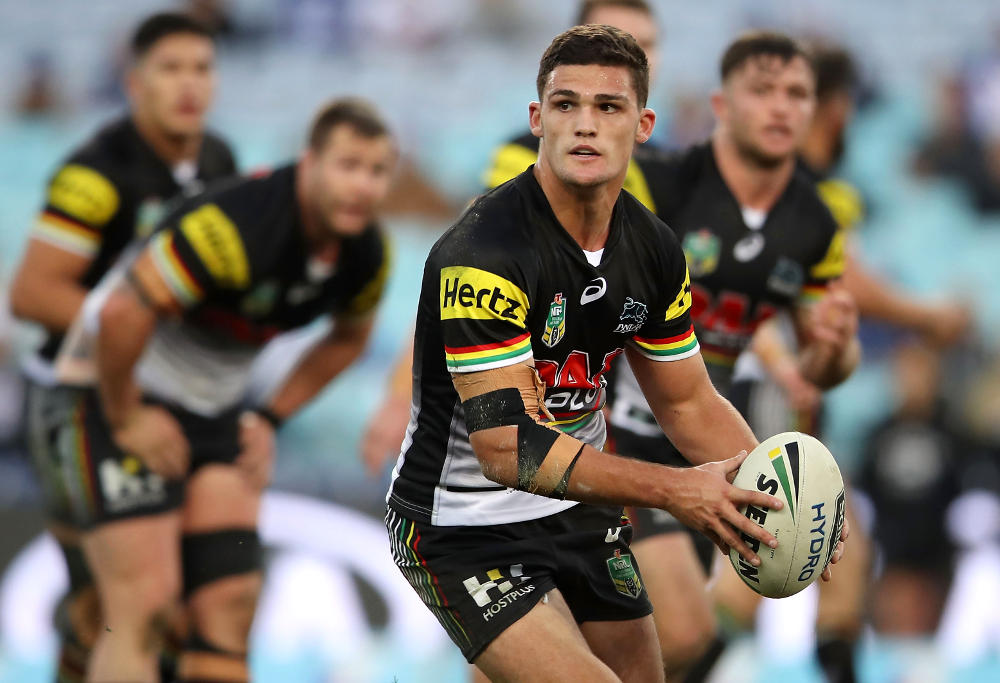 He then wished Griffin all the best for the future, even offering to put in a good word for him with the imminently vacant role at the Tigers.

Griffin’s axing brings to a close a tumultuous time at the Panthers.

He accepted the post in 2015 amid fanfare, with Gould presenting him to a pack of excited fans and media at the club’s offices right after hastily removing a guillotine.

While enduring many rumours over the security of his job throughout the years, he was able to bizarrely beat the drop by winning football games.

But eventually, the repeated endorsements from Gould over multiple platforms proved too much to bear, resulting in the respectful send-off of an internal review.